Firm details about 2019 Sebring WEC round close to being announced

Major steps in overcoming the logistical hurdles in running what is set to be a 1500-mile WEC race straight after the Sebring 12 Hours IMSA SportsCar Championship round are understood to have been made at a meeting on Sunday.

A delegation from the WEC that attended the 12 Hours last weekend met with their opposite numbers from the North American championship the day after the second round of this year's IMSA series.

WEC boss Gerard Neveu told Autosport at Sebring: "We are here to understand how everything works and we have many people here working with their corresponding person at IMSA.

"Everyone wants the WEC to return to Sebring and we have to find a way to make it work — this is our job."

Both Neveu and IMSA boss Scott Atherton both pointed to their joint fixture at Austin, which featured both races on the same day in 2014-16, as evidence that the event can work.

Atherton said: "This is an incredible opportunity to add the WEC to our event. "We have a lot of real estate to work with here at Sebring and a lot of time to reconfigure in preparation for next year."

The plan announced last year for the Sebring WEC race is for it to start a couple of hours after the IMSA event and to run through darkness into Sunday morning. 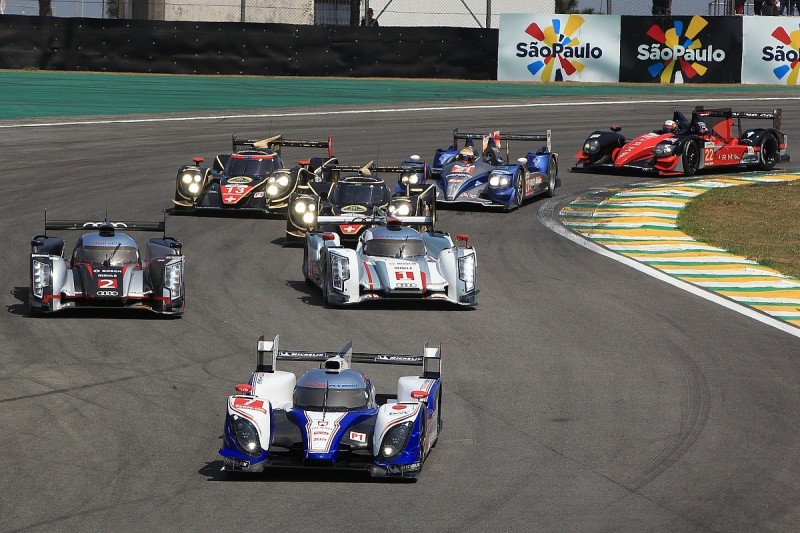 The return of the WEC to Brazil for the first time since 2014 is expected to be confirmed at a press conference in Sao Paulo on Thursday.

A place for Interlagos on the 2019/20 WEC winter season calendar should be announced.

The promoter will be a group called N.Duduch, a Brazilian events company with clients including Volkswagen and Petrobras.

Reigning WEC LMP2 champion Bruno Senna is understood to be an ambassador for the event.

Interlagos was on the WEC calendar in 2012-14 with two-time Formula 1 world champion Emerson Fittipaldi as its promoter.

Interlagos to return to WEC calendar for 2019/20 season