The 2008 Le Mans LMP2 class winner has revealed that he is in preliminary discussions with sportscar stalwart Jan Lammers and BOSS GP racer Frits van Eerd, whose Jumbo supermarket company sponsors Max Verstappen, about joining their assault on the race.

Verstappen last raced at Le Mans in 2009 with Aston Martin.

He told AUTOSPORT he was motivated to make a race return at Le Mans and a "couple of races in preparation".

"I think I can still do it," he said. "I know how to drive, I just need to have some practice and lose a few kilos."

Verstappen has not raced since taking part in the non-championship Baku City Challenge at the wheel of a Vitaphone Racing BMW Z4 GT3 in 2012. 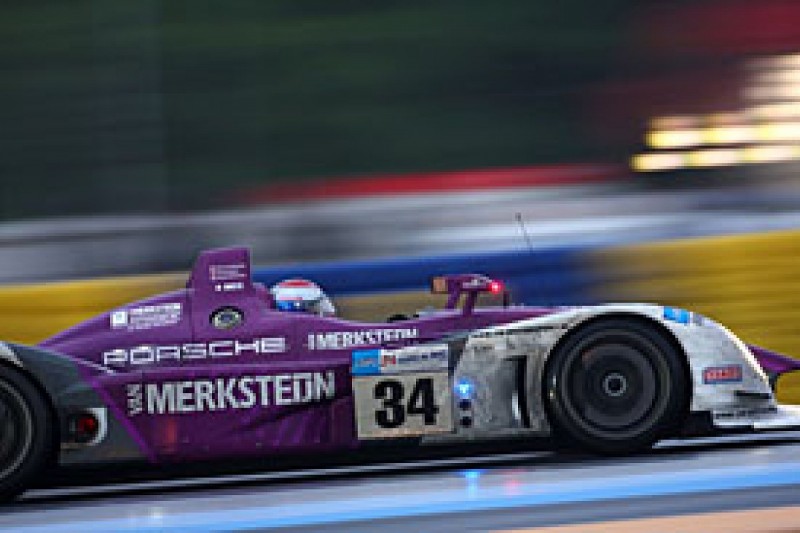 His last full season of racing was in 2008 when he won the P2 division in the Le Mans Series with the Vershuur-run Van Merksteijn squad's Porsche RS Spyder.

Lammers, winner of Le Mans with Jaguar in 1988, explained that Verstappen was one of a number of drivers under consideration for the third seat.

"We're still talking about the third driver and should make a decision in the next couple of weeks," the 59-year-old told AUTOSPORT.

"We are planning an all-Dutch line-up: there are quite a few candidates around and Jos is one."

Lammers and van Eerd, who last year raced a pair of late-1990s Benetton F1 cars in BOSS GP, are now focusing on an LMP2 assault on the full World Endurance Championship in 2016 after evaluating a GTE programme.

"We just looking at LMP2 now because Frits drives single-seaters, so it's closer to what he knows," explained Lammers.

The choice of chassis, he continued, would probably decide the team with which they race.

Lammers would make his 23rd start at Le Mans should the deal come together and he hopes that the programme will continue into 2017 to allow him to reach 24 participations in the 24 Hours.

What F1 teams could learn from Porsche