Sirotkin, who lost his drive with the Williams F1 team at the end of last season, will make his first WEC start outside of the Le Mans 24 Hours in one of SMP's BR Engineering BR1 prototypes at the Sebring round in March.

He replaces Matevos Isaakyan in the Russian team's #17 car line-up alongside Egor Orudzhev and Stephane Sarrazin for the 1000-mile Sebring race, the following round at Spa in May, and the Le Mans 24 Hours season finale.

SMP regular Jenson Button will miss the Sebring and Spa events owing to clashing Super GT commitments, but it is not yet clear who will be drafted in to take his place in the #11 machine.

Sirotkin had previously all but confirmed he would make appearances in the WEC with his backers SMP when it became clear he would not retain his F1 drive, describing racing in the series as "almost an obligation".

"I am very glad that I have the honour of defending the colours of the Russian flag on the Russian prototype as part of the Russian SMP Racing team in the World Endurance Championship," commented Sirotkin.

"We have outstanding line-ups and excellent cars, with which, I am sure, we will be able to fight for the win, including the 24 Hours of Le Mans."

Sirotkin's other plans for 2019 have not been announced, but in recent months he has tested both DTM and Formula E machinery. 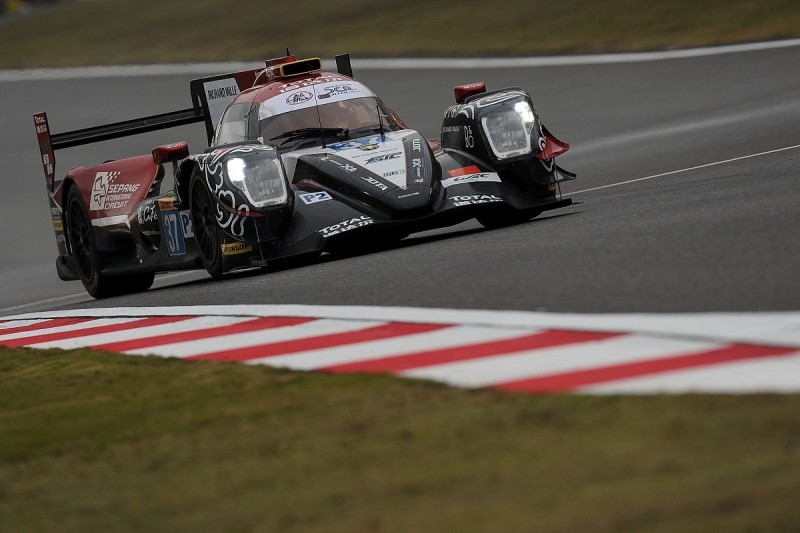 Jazeman Jaafar, Weiron Tan and Nabil Jeffri, who contested all five 2018 WEC races in the Jota Sport-run #37 ORECA, will not continue for the remaining three 2018/19 superseason rounds.

It is understood this change stems from Sepang International Circuit terminating its financial backing of the Malaysian trio, who won their first race at Fuji last October and are third in the LMP2 drivers' standings.

King, who will also contest this year's Indianapolis 500 with Rahal Letterman Lanigan Racing, and Heinemeier-Hansson will also stay in the #37 DC Racing car for Le Mans alongside a yet-to-be named third driver.

Stevens is due to contest the race with the Panis-Barthez Competition LMP2 team, with which he will also contest a full European Le Mans Series campaign this year.

DC Racing director Dave Clark commented: "The changes which we are announcing today have been forced upon the team by commercial and business complexities outside of its direct control.

"We were left in a position where these changes had to be implemented and whilst this was a difficult process, it is in the best interests of the team.

"I would like to go on record in thanking Jazeman, Nabil and Weiron for their professionalism and dedication to the project over the five races that they were with the team.

"They proved to be a race-winning force and we wish them nothing but the very best for their futures in racing."

Chevrolet to field entry for its WEC home race at Sebring