The Dutchman, who conceded that his F1 career was over after taking Sauber to court ahead of last year's Australian Grand Prix, will drive Jota's Gibson-Nissan 015S in the six-round European Le Mans Series, as well as at Le Mans and the Spa round of the World Endurance Championship.

The veteran of 19 grands prix with Caterham in 2013 will share the car with team co-owner Simon Dolan and an undisclosed team-mate for the ELMS rounds, while single-seater up-and-comer Jake Dennis will join them for Le Mans and the Spa warm-up in May.

Van der Garde, who will shortly test the Gibson for the first time, said: "In F1, I was competing at the highest level of motorsport, but with Caterham there wasn't a real possibility to win races.

"Now with Jota there is, and again at a high level of racing.

He added that he was "pleased to sign with such an established and proven team as Jota".

Jota co-owner Sam Hignett said: "We have been talking together for a while on introducing Giedo to endurance racing, and I am delighted that we can now work together on what I am sure will be a fruitful and long-term partnership.

"He has all the attributes to continue his success from single-seaters to sportscars and we are looking forward to working with him."

Van der Garde has been looking for a new career direction after taking legal action against Sauber, which he claimed had reneged on a deal for him to race for the team in 2015.

He tested both a Bentley GT3 car last year and was linked to a Mercedes DTM seat.

European Formula 3 Championship frontrunner Dennis joins Jota for its Le Mans bid as a result of the team's tie-up with Arden International, for which the Briton will race in GP3 this year.

Jota is also expanding full-time into the WEC with an ORECA-Nissan 05 coupe in 2016 and will announce drivers for the car in due course. 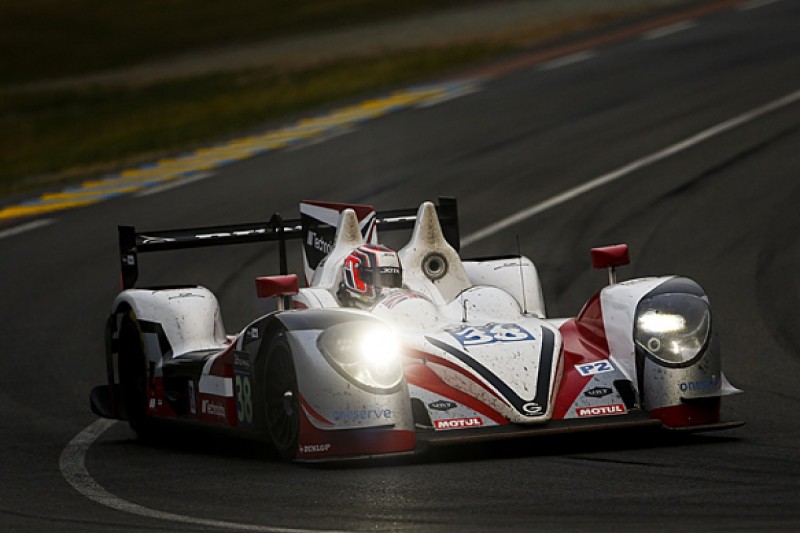