The #1 Porsche 919 Hybrid headed the leaderboard this time courtesy of a 1m40.318s from Timo Bernhard.

That put the car nearly half a second up on the best of the Audi R18 e-trons in which Oliver Jarvis ended up on a 1m40.806s. That car then parked with an engine issue in the closing minutes of the session.

Toyota claimed third position, less than a tenth further back with a 1m40.852s from Anthony Davidson in the #5 TS050 HYBRID.

Andre Lotterer took fourth in the second Audi on a 1m41.400s.

The championship-leading #2 Porsche, in which Neel Jani had been fastest in the opening two practice sessions, was just over a tenth back in fifth in Marc Lieb's hands.

Mike Conway was sixth in the second Toyota.

The G-Drive ORECA-Nissan 05 again led the way in LMP2.

Rene Rast set the pace in the Jota-run car with a 1m50.431s, which put him just two hundredths up on Stephane Richelmi in the Signatech Alpine ORECA. 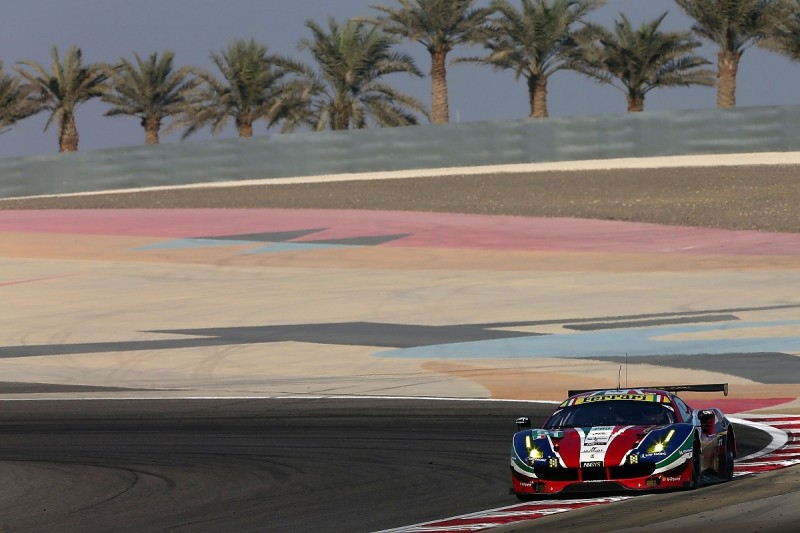 The Italian's 1m59.038s in the #51 Ferrari 488 GTE put him nearly three tenths up on the best of the Aston Martin Vantage GTEs with Darren Turner driving.

AF was also quickest in GTE Am with a 2m00.701s from Emmanuel Collard.