Alex Brundle will race for the first time in more than nine months in the Shanghai World Endurance Championship round next month, after overcoming health issues

The Briton will race for the Pegasus team, which is making a one-off WEC appearance in China, and will share its Morgan-Nissan LMP2 with David Cheng and Ho-Pin Tung.

It will be his first race since he drove the Krohn Racing Ligier-Judd/BMW JSP2 in January's Daytona 24 Hours, the opening round of the Tudor United SportsCar Championship.

Brundle was forced to step back from driving by an abdominal muscular problem.

"It took time and physio to sort it out, and now it is rectified it shouldn't be a problem again," he told Autosport.

"I have been ready to race again for a while, but I wanted to make sure that I was 100 per cent ready before I came back - and I feel I now am." 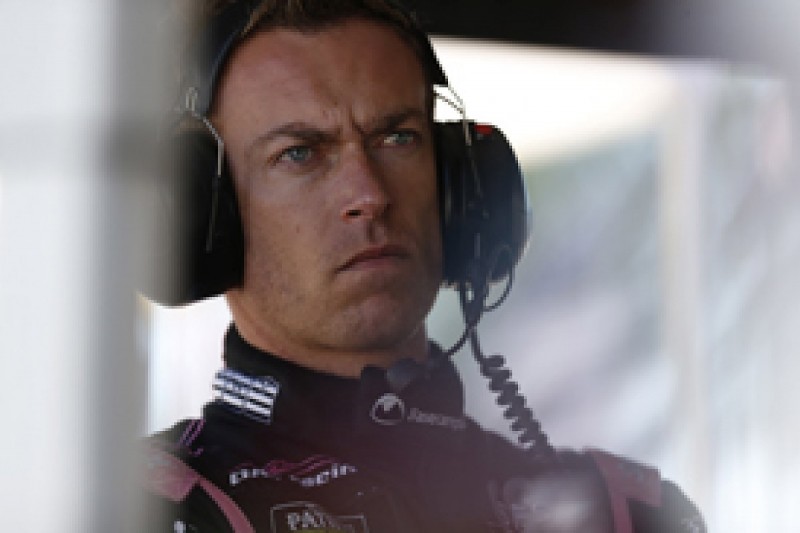 Brundle landed the drive after contacting Cheng, who has put the Shanghai assault together under the Pegasus Racing Team Total by DC Racing banner.

"I met David when he was driving the Honda-powered OAK Racing Ligier at last year's Le Mans 24 Hours and I was in the Nissan car," explained Brundle.

"I contacted him because I knew they had a spare seat, and then they came back to me, announced it and sent me to get a visa all on one day."

Brundle said that he had "something really exciting" for 2016 that he was not in a position to talk about.

Nicki Thiim is scheduled to return to the Aston Martin Racing line-up for the first time since Le Mans alongside fellow Danes Marco Sorensen and Christoffer Nygaard.

Richie Stanaway is also back at AMR alongside Fernando Rees and Alex MacDowall after missing the Fuji round courtesy of his GP2 commitments.