A ladies underwear salesman with little business winning the world's greatest endurance race did just that in 1980. Jean Rondeau's tale of an historic triumph 40 years ago made him a French hero, and his story is an exceptional one

Jean Rondeau made an inauspicious Le Mans 24 Hours debut in 1972. He wasn't quick, was hit on the helmet by a bird on the Mulsanne Straight and failed to make the finish. Yet within eight years, he had claimed the biggest prize in motorsport for a Frenchman and was feted by president Valery Giscard d'Estaing at the Elysee Palace.

The unlikely story of how, in 1980, a former ladies underwear salesman of limited natural abilities behind the wheel became the hero of France and, to this day, the only driver to triumph at Le Mans in a car bearing his own name is a compelling one. It's a tale of a driven man consumed by his ambition to win the big endurance race that took place every year on the edge of his home city.

Rondeau had dreamt of winning Le Mans since his first visit as a small child. He returned to the event every year and began racing himself in 1969. Just three years later, and with only a modest racing CV, he was on the grid for the 24 Hours aboard a Chevron B21 two-litre Group 6 car fielded by Briton Brian Robinson.

The deal for Rondeau to drive the car alongside its owner came courtesy of his employer, a local caravan park, and was brokered by the late Brian Kreisky. He described Rondeau as "slow, very slow" in the Cosworth-powered Chevron, though he did admit to being biased after falling out with the Frenchman over the course of race week. He nicknamed Rondeau "bird brain", as much for his dislike of the man as the Frenchman's high-speed encounter with a feathered friend.

Rondeau's career didn't get much further than a couple of seasons in tin-tops with backing from the local British Leyland importer. He did, however, make it back to Le Mans each June over the next three years, though without distinction: he failed to qualify a Porsche 908/3 in '73, registered a first, albeit lowly finish in the same car 12 months later and was out just after half distance aboard a Mazda RX-3 the following year.

The Frenchman knew he wasn't going to fulfil his dream driving an ageing privateer Porsche or a Group 2 tin-top. That explained why he decided to set up his own team and become a constructor. Automobiles Jean Rondeau was the result.

"It wasn't his original plan to build his own car," says Le Mans legend Henri Pescarolo, who would make six of his 33 starts in the great race driving for Rondeau's team. "The only reason he decided to build his own car was that he knew he was never going to land a drive in a car good enough to win the race." 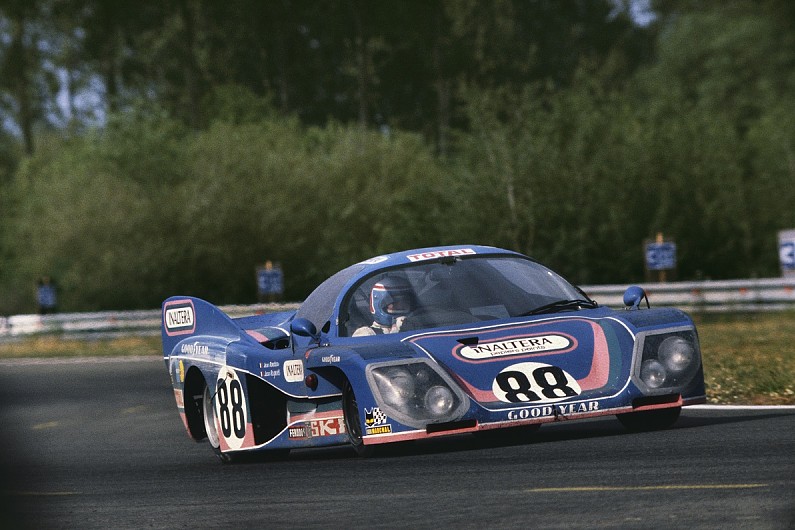 Rondeau caught a break almost straight away. The team had been up and running for about a month when he landed a sponsorship deal with the Inaltera wallpaper company run by racing enthusiast Charles James in November 1975. Four months later, the first Inaltera GTP class prototype, powered by the Cosworth DFV, was given a glitzy launch on the Champs-Elysees in Paris.

He managed to persuade the creme de la creme of French sportscar drivers to join his new venture. Pescarolo, Formula 1 grand prix winner Jean-Pierre Beltoise and Jean-Pierre Jaussaud were all on the driving roster.

"I had a very good offer from Porsche, but Jean was very persuasive," recalls Pescarolo. "He talked of an all-French project, and he was also offering quite a lot of money for that time."

Rondeau had a will to win that was apparent on either side of the pitwall. His drive allowed him to put together a top team, while he pushed himself out on the circuit. Over time, he became a more than competent driver

Rondeau had a habit of persuading people to do things. Lucien Monte, a long-serving engineer with the team, recalls a charismatic man who always got what he wanted. He would push his small staff to breaking point, yet still command their respect: "He would ask a lot of everyone, but we all thought he was fantastic."

Gordon Spice, who drove for Rondeau at Le Mans on three occasions, has similar recollections: "Jean's people were totally dedicated to achieving the same goal as him, which was pretty amazing given that some of them wouldn't get paid for ages. Everything looked professional from the outside, but it was all done on a shoestring."

The maverick attitude included a willingness to bend the law.

"If a car needed running to try something out at three o'clock in the morning, then that's what he'd do," says Spice. "You'd drive out to this stretch of road, two or three miles away, and put your foot down. The police turned a blind eye." 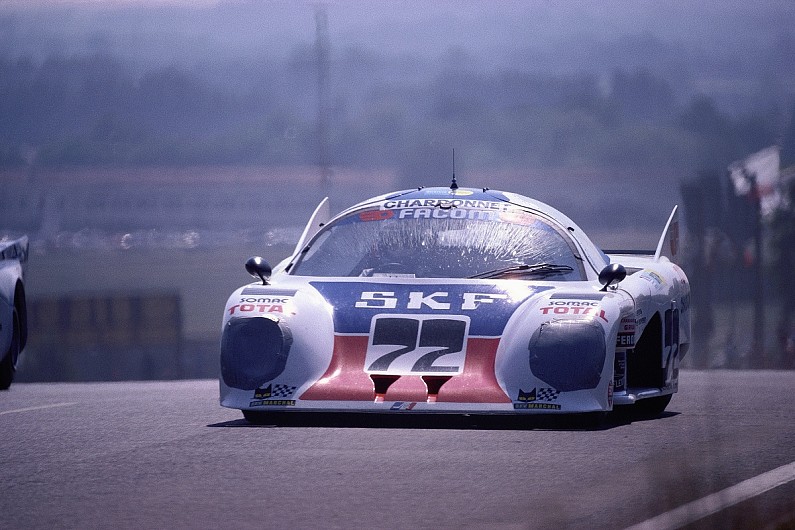 It helped that Rondeau had formed a key alliance with Marjorie Brosse, the wife of a senior government official in the La Sarthe region. She became a crucial part of the team, her role reflected in the M prefix to the type numbers of the team's cars from 1978.

The new team made an immediate impact at Le Mans. Pescarolo and Beltoise ended up eighth in 1976, claiming class honours in the new GTP division. A year later in 1977, Rondeau and rally star Jean Ragnotti were fourth overall, also winning GTP along the way.

An acrimonious split with Inaltera forced Rondeau to regroup for '78. He fielded a new car that now bore his name and again made the top 10 with the solo entry he shared with Bernard Darniche and Jacky Haran. A revised version of this car, dubbed the M379 and now running to Group 6 regulations, might have won against a weak field the following season.

Rondeau and Haran were well-placed on Sunday morning when the latter crashed. They were genuine victory contenders: the winning Kremer Porsche 935K3 spent an hour parked at the side of the track undergoing Heath Robinson repairs in the closing stages. Ragnotti and Darniche salvaged a result for Rondeau with fifth position as the first prototype home.

Rondeau had a will to win that was apparent on either side of the pitwall. His drive allowed him to put together a top team, while he pushed himself out on the circuit. Over time, he became a more than competent driver.

"At the beginning he was not very fast," says Monte. "Compared with Pescarolo and Beltoise he was maybe five or six seconds slower, even on a small circuit. But by the end he was able to match the times of the more experienced drivers."

Pescarolo doesn't go that far. But he does reckon that Rondeau was "fast enough for Le Mans", an event that 40 years ago was not the flat-out sprint that it would become. 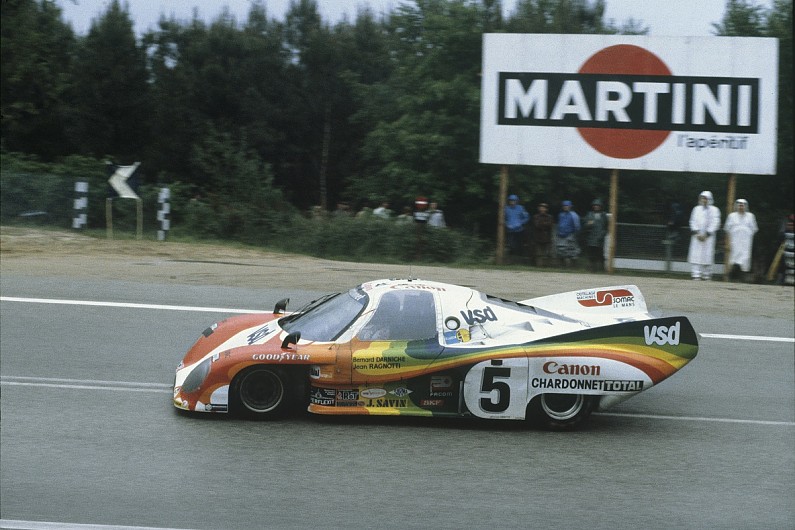 The near-miss of '79 came against limited prototype opposition and there was paucity of pure-bred racers when the local team again fielded three cars, uprated M379Bs, the following year. The two it entered in Group 6 made up 25 percent of the entry for cars of over two litres.

Rondeau's triumph together with Jaussaud came after a classic confrontation with the Joest Racing Porsche 908/80 that team owner Reinhold Joest co-drove with Jacky Ickx. The German team was ostensibly a privateer, but it was supported by the factory.

Ickx was loaned out to Joest and its Le Mans challenger was a 936/77 in all but name. The nomenclature of the car hid the fact that Porsche had produced a new 936 spaceframe chassis, which the team built up into a replica of the car that had won Le Mans in '77.

Rondeau was now a hero of France. Everyone wanted a piece of him, including Giscard d'Estaing. The winning drivers and key members of the team were invited to meet the president at his official residence on the Tuesday following the race

Pescarolo and Ragnotti qualified their car on pole under a system based on aggregate times, but the Porsche proved the faster car in the race. The two Frenchmen kept it in sight until head gasket failure put them out in the 10th hour. Ickx and Joest were delayed with a broken fuel injection belt on Saturday evening and then by the loss of fifth gear approaching lunchtime on Sunday. Twenty-five minutes were lost to repairs.

That allowed Rondeau and Jaussaud into a lead they wouldn't lose. But it looked as though it might be a close run thing as rainmeister Ickx closed down a five-lap lead for the Rondeau in mixed weather conditions.

The rain, initially at least, didn't help the Rondeau team's cause.

"We'd had a problem with the starter since early on Sunday morning," recalls Monte. "We lost many seconds at each pitstop, and were having to come in a lot because the conditions were changing all the time." 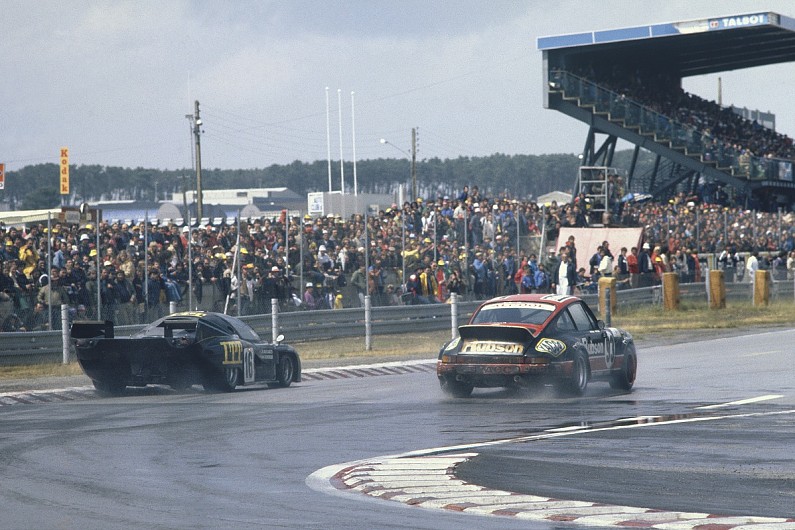 This problem, which the team tried to alleviate by pouring cold water on the starter, ended up thwarting Ickx's charge soon after he'd hauled the 908/80 onto the lead lap. A shower in the final hour brought the Belgian in for wets, while Jaussaud slowed as he approached the pitlane and then made a last-minute decision, mindful of the problems restarting the car, not to stop as he glimpsed the sun poking through the clouds.

The shower quickly stopped and the track dried. The odds swung in Rondeau's favour and Jaussaud was able to extend the Rondeau's advantage to two laps.

Rondeau was now a hero of France. Everyone wanted a piece of him, including Giscard d'Estaing. The winning drivers and key members of the team were invited to meet the president at his official residence on the Tuesday following the race.

John Paul Jr would race alongside Rondeau at Le Mans in 1984. They shared a Porsche 956 fielded by US sportscar entrant Preston Henn with assistance from Rondeau's operation.

"It was like being around a movie star," recalls the American. "We went to the supermarket to buy some water, and we were mobbed. It took 20 minutes to get out of there."

The Porsche ended up second to Joest's Newman-liveried 956 after the withdrawal of the factory Rothmans cars. Rondeau's own team by this point was in trouble. Its all-new M482, with radical aerodynamics from Max Sardou, proved to be uncompetitive and precipitated the demise Automobile Jean Rondeau early in 1985.

Rondeau drove for the WM team, for many years one of his competitors in the GTP class, in what would be his final Le Mans in 1985. The irrepressible Rondeau was far from finished, however.

A deal to run customer Lancia LC2s had fallen through, but he had plans to develop a new Formula Ford 1600 to replace the re-bodied Reynards his team had built under the licence and he was involved in the development of the first prototypes of the original Venturi sportscar.

Neither plan wold come to fruition. Between Christmas and New Year in 1985, Rondeau was waiting in a line of traffic at a level crossing close to Le Mans. A police car arrived with its sirens sounding, which resulted in the operator raising the barriers. Rondeau tried to follow the police car through, only to be caught on the tracks as the barriers came down.

A man who had beaten the odds to write his name indelibly in the annals of sportscar racing this time stood no chance when his car was hit by the oncoming train. France lost one of its motorsport heroes at the age of just 39. 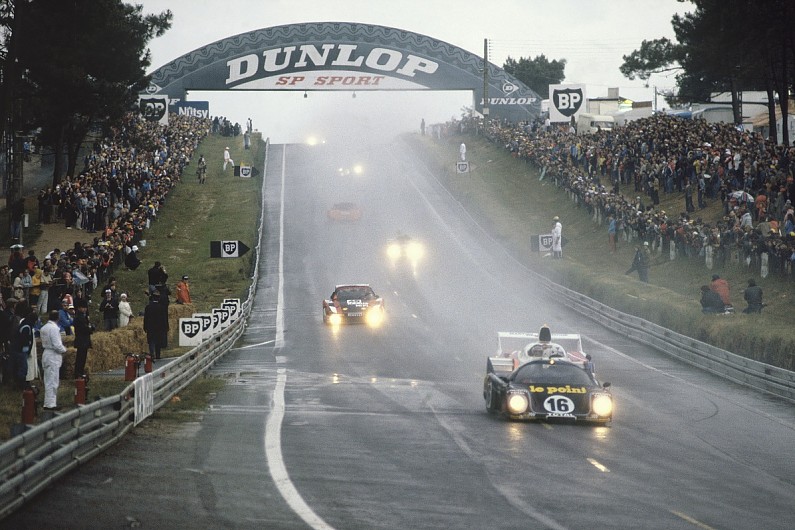