The Brit, who won the 2019 season finale at Brands Hatch and finished third in the drivers standings, started as she meant to go on in her Racing X sponsored car with a decisive victory in Austria at the first race of the season.

In a race peppered with collisions and spins, Powell held onto the lead, winning ahead of compatriot Sarah Moore, driving for Scuderia W, who started in second.

Fabienne Wohlwend (Bunker Racing) completed the podium, her second in the championship, after starting in ninth, while rookie Belen Garcia finished fourth.

Reigning champion Jamie Chadwick, who started eighth after a cracked carbon pipe scuppered her qualifying, fought her way back through the field after a second lap shunt to finish seventh.

Ayla Agren (M Forbes Motorsport) stalled on the grid, but the action got off to a smooth start.

But at Turn 1 of the second lap, Chadwick was hit from behind by Racing X’s Jess Hawkins, and although she did not suffer any damage, ended up at the back of the pack, in an incident which will be investigated after the race.

By lap 5, second-placed Moore was under increasing pressure from Garcia, with Beitske Visser (M Forbes Motorsport) also closing in as the tussle for second continued. 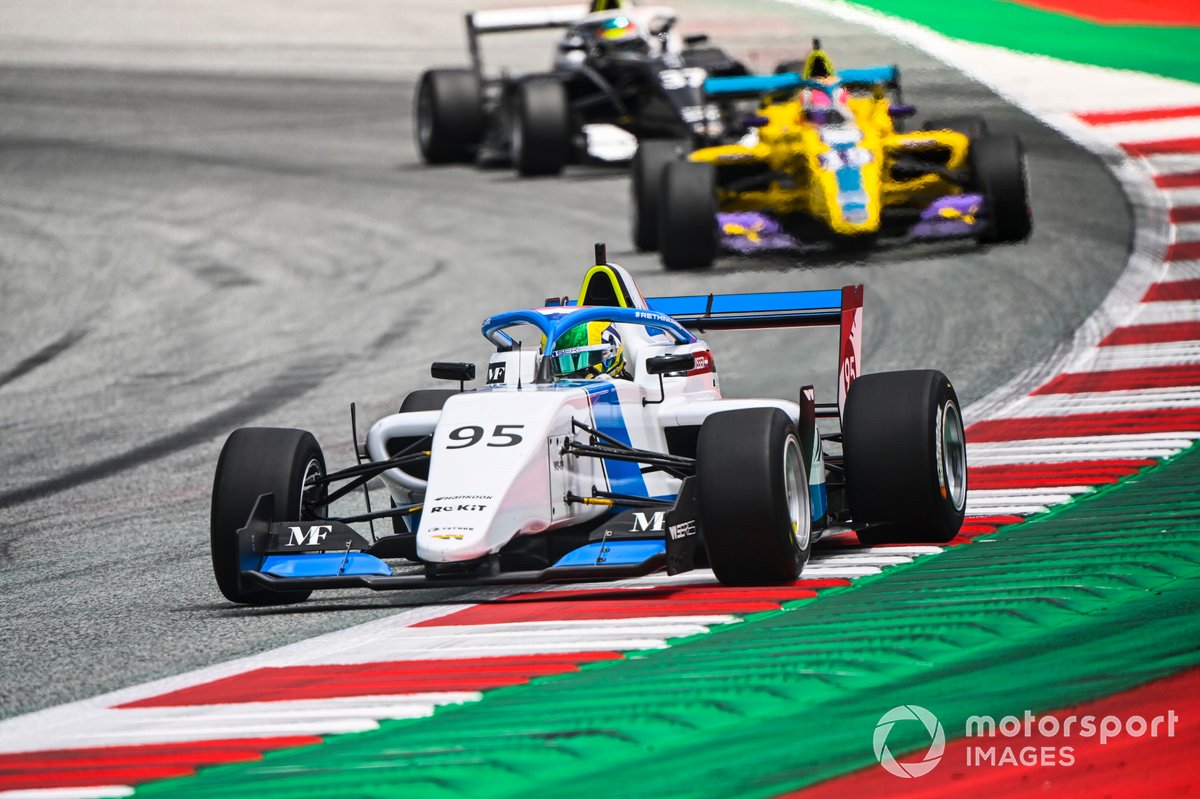 But Garcia went off in lap 12, forcing her to go the long way round back onto the track and rejoining the action in eighth.

One lap later, Marta Garcia slowed on track with an issue in her Puma-sponsored car and stopped to the side of the track, prompting a full safety car on lap 14 with less than ten minutes to go, bunching up the pack.

The safety car ended at the end of lap 16, allowing Chadwick to continue to make up places to tenth.

Visser, who had been running in third, was spun around at Turn 1 after contact with Ecurie W’s Emma Kimilainen and dropped back to last place, while Kimilainen moved into her place, albeit with a damaged front wing.

That damage led her to fall back, allowing Wohlwend to pass her into third, while Abbie Eaton (Ecurie W) also spun after contact.

By Lap 19, Chadwick had moved up into eighth, passing Nerea Marti, before making it into seventh the following lap.

Kimilainen’s damaged front wing continued to cause her problems, eventually flying off her car on Lap 20.

Powell now leads the championship into the second round, which takes place in support of the Formula 1 Austrian Grand Prix next weekend.

The forgotten path that W Series is following in Austria