The forgotten path that W Series is following in Austria

The return of W Series in Austria this weekend coincides with its debut on the Formula 1 support bill, but it's not the first time that an all-female event has held such a prestigious slot

W Series is making its debut on the Formula 1 bill at the Red Bull Ring this weekend and you might think that this is the first time an all-female line-up has graced the same asphalt as a Grand Prix. But, as we’re not even through the first paragraph of an article about women-only GP supports, you are right to think that the brainchild of Catherine Bond Muir is only the latest in a long and surprising line of them.

W Series can almost certainly lay a claim to be the first single-seater support race for women. All of the most recent ones have been single-make tin-top races, in the same vein as other high-profile women’s racing series such as the Volkswagen Polo Cups held in Turkey and India from the mid-2000s. The Turkish version supported the DTM in 2005 and 2006 and the Indian Polo Cup even held an international “Ultima Queens Cup” at Buddh in 2013, won by Dutchwoman Sheila Verschuur.

Sweden’s Lancia Lady Cup was a surprising addition to the F1 support bill for the 1987 Hungary race. It was a non-championship round of a Swedish domestic one-make series that used the unusual choice of the Autobianchi A112 compact car, badged as Lancia in Sweden. This underpowered orthopaedic-looking vehicle was an unlikely racing machine, but it had been the weapon of choice for Swedish female racing drivers since 1984, partly due to its popularity with women car buyers.

The winner of the Hungarian race was Nettan Lindgren, the winner of most of the Lady Cup races in the 1980s (she was champion four times between 1985 and 1988). She would later become famous in 1991 as the British Touring Car Championship driver who had an angry altercation with Jonathan Palmer at Snetterton, when the ex-F1 driver took her off. Palmer was actually in action at the 1987 Hungarian Grand Prix and finished seventh in a Tyrrell.

Also among the 25 Lady Cup racers was Asa Johansson, the winner of the 1984 Lady Cup championship. She was the sister of McLaren driver Stefan Johansson and the siblings obligingly posed for pictures, modelling matching blonde hair. The Swedish press thoroughly enjoyed the scene. 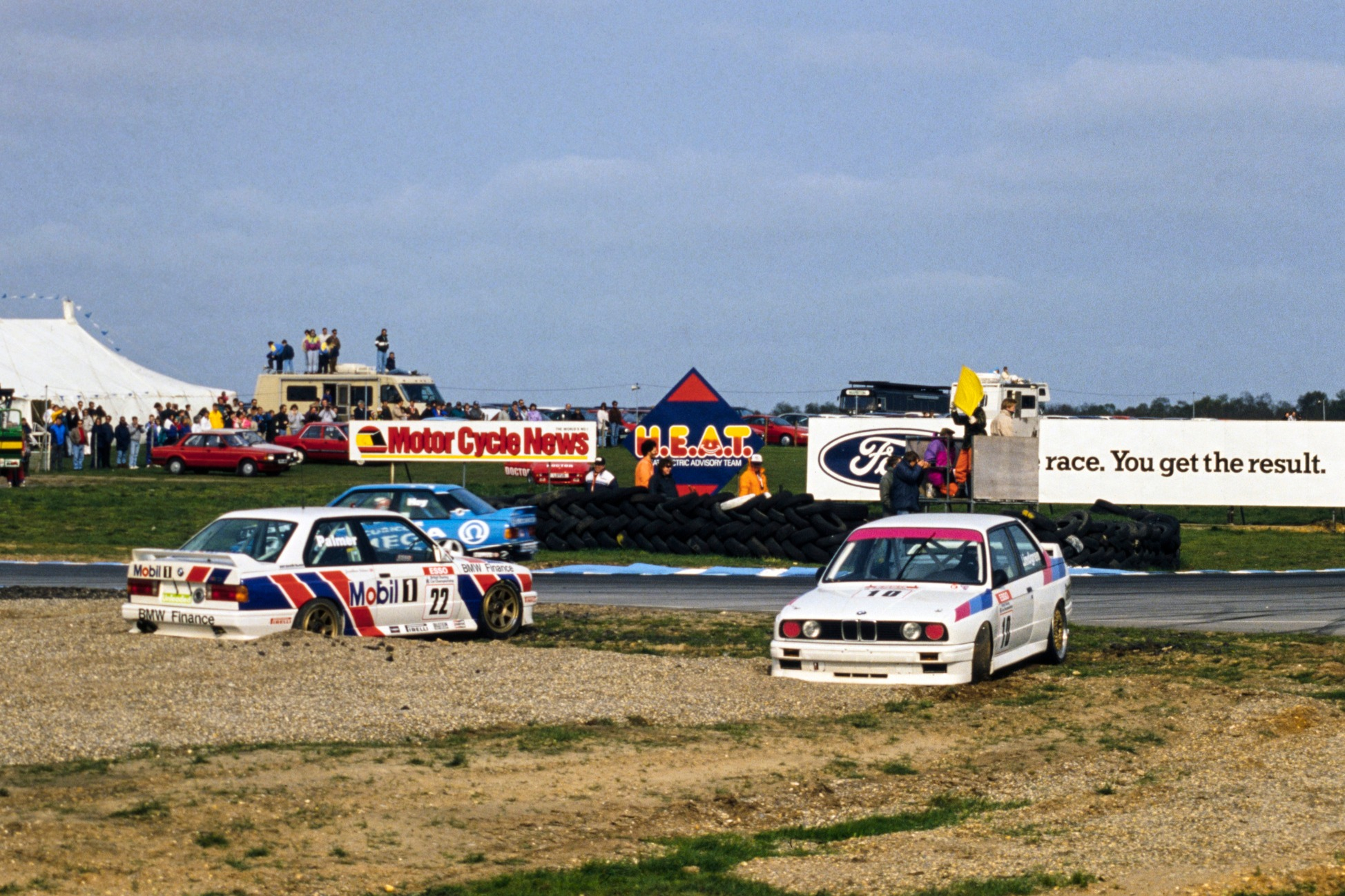 Talking of sisters, the race itself featured three of them racing against each other. Lindgren’s two sisters Catta and Nonna made the qualifying top-three a family lockout, ahead of Johansson. Anki Englen was second on the day, in front of Eva Bornebusch.

The cars may have been a little left-field, but the line-up wasn’t. For that, we need to visit Australia. The celebrity race that supports the Australian GP is a long-term institution and women have long played their part, with sports stars, TV personalities and even various Miss Australias joining in.

At least two all-female versions have been held and the 1993 race was one of them, won by netballer Michelle Fielke from skier Kirstie Marshall, easily the two best on the track in their Holden Calibras. At the madder end of the scale, one of the other drivers was Barry Humphries in the guise of Dame Edna, who surprisingly was not last and drove with a giant pair of sparkly glasses on top of her car.

F1 support races often slip through the floorboards of history, none more so than the all-women ones. This applies whether they are serious competitive endeavours or added touches of glamour and fun

In spite of this silliness, some talent emerged. Fielke won two Celebrity Challenge events and almost became a professional racer in 1998, when she was taken on by the “Castrol Cougars” all-female team to race a Holden Commodore in V8 Supercars. Sadly, her netball commitments interfered and she never got to compete alongside Kerryn Brewer and Melinda Price.

Dignity and decorum are always the name of the game in Monte Carlo, with glamour never far behind. References to a Monaco “Ladies’ Race” appear occasionally from the 1950s onwards, although further details were seemingly not recorded. We can imagine the early runnings populated by French rally drivers in Renault Dauphines and 4CVs, deposed countesses, actresses and the odd motorsport wife. By 1975, Renault had taken over and used the Monaco support slot to promote the Renault 5, via the medium of women in racing cars.

The race itself was a real all-star affair. Marie-Claude Beaumont, who had competed at Le Mans and been French rally championne, was the winner. She had spent that season in an Ecurie Elf Alpine A441 with Lella Lombardi and the 5 was a slight comedown for her. 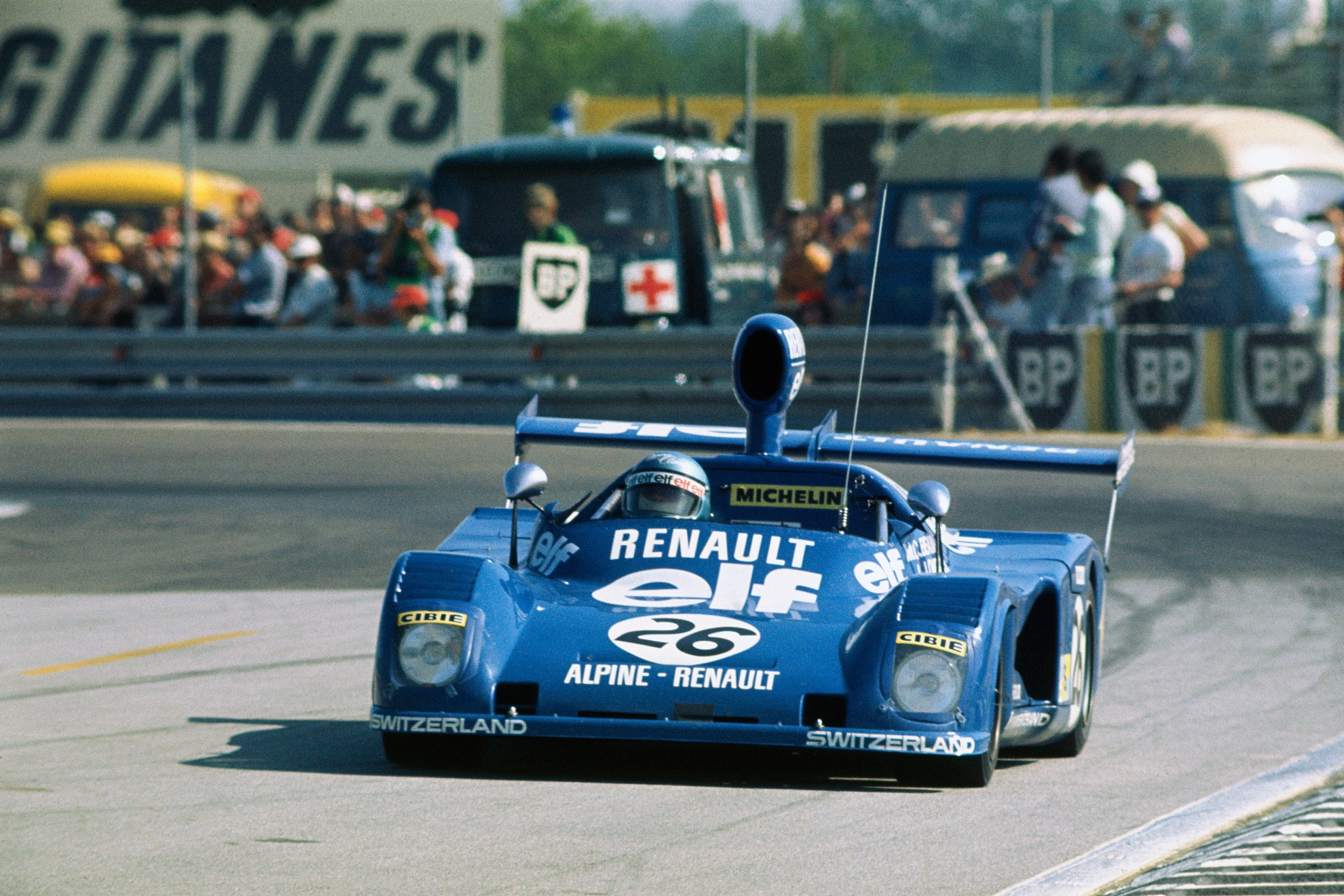 Britain’s Maggie Anderson, a former hot-air balloonist, was the winner of the first Renault 5 one-make race held in the UK. Fastest on track was female Flying Finn, rally driver Eeva Heinonen, although she only finished 10th.

Another Renault race seems to have been held, with Maggie Anderson and Mazda and Lada ETCC racer Wendy Markey forming the UK contingent, but its results are not forthcoming.

This is a theme; F1 support races often slip through the floorboards of history, none more so than the all-women ones. This applies whether they are serious competitive endeavours or added touches of glamour and fun. Will the W Series succeed in pinning them to motorsport’s cultural-consciousness map, or are these events forever destined to remain curious ephemera or celebrity sideshows?