W Series CEO Catherine Bond Muir says the introduction of a team competition and an influx of sponsors shows the series has “come back stronger” after almost two years away.

In 2020 the championship was gearing up for its much-anticipated second season when the world ground to a halt amid the coronavirus pandemic.

Instead of embarking on a reduced or rescheduled calendar as Formula 1 and other support series did, the series switched to an Esports League, keeping drivers and fans engaged.

But this weekend, almost two years since the thrilling Brands Hatch season finale at which Jamie Chadwick was crowned its inaugural champion, W Series is back, supporting F1’s Styrian Grand Prix at the Red Bull Ring in Austria.

This time, the 18 drivers will be split into teams. Six take their names from title sponsors, while three will run under the W Series name, including an academy team for two of the youngest talents, Irina Sidorkova and Nerea Marti, who will be the only drivers guaranteed a seat next year.

The teams will also come with new liveries and an unofficial teams championship, which will continue into 2022 and beyond if successful, although the series remains a single-constructor championship.

CEO Bond Muir says the teams idea was “always certainly in our plans for the future”, but believes the series’ successful debut year was to thank for the speed at which it happened.

“I think it probably accelerated more quickly than we ever thought it was going to, because it became apparent that the people who wanted to become involved commercially with W Series actually wanted to have a deeper and closer relationship,” she said.

“People just didn't want to have, you know, stickers on cars, they wanted to have ‘a piece of the action’. Everyone, all of these new partners, believe 100% in the mission of W Series. They want to see women promoted within motorsport, and in all aspects of motorsport. But also the empowerment of women generally in sport, and what’s really interesting is that we've got people from all over the world - we've got two Asian teams, we've got two American teams.

“And for me, what is fantastic about this, is that they are going to be able to help us to grow internationally. Because certainly what I spent a lot of time doing in 2019 was talking about what is W Series and why is W Series. And what I really wanted to do for last year, and certainly this year, is to talk much more about the drivers, and I think the teams are going to be able to do that a lot more.” 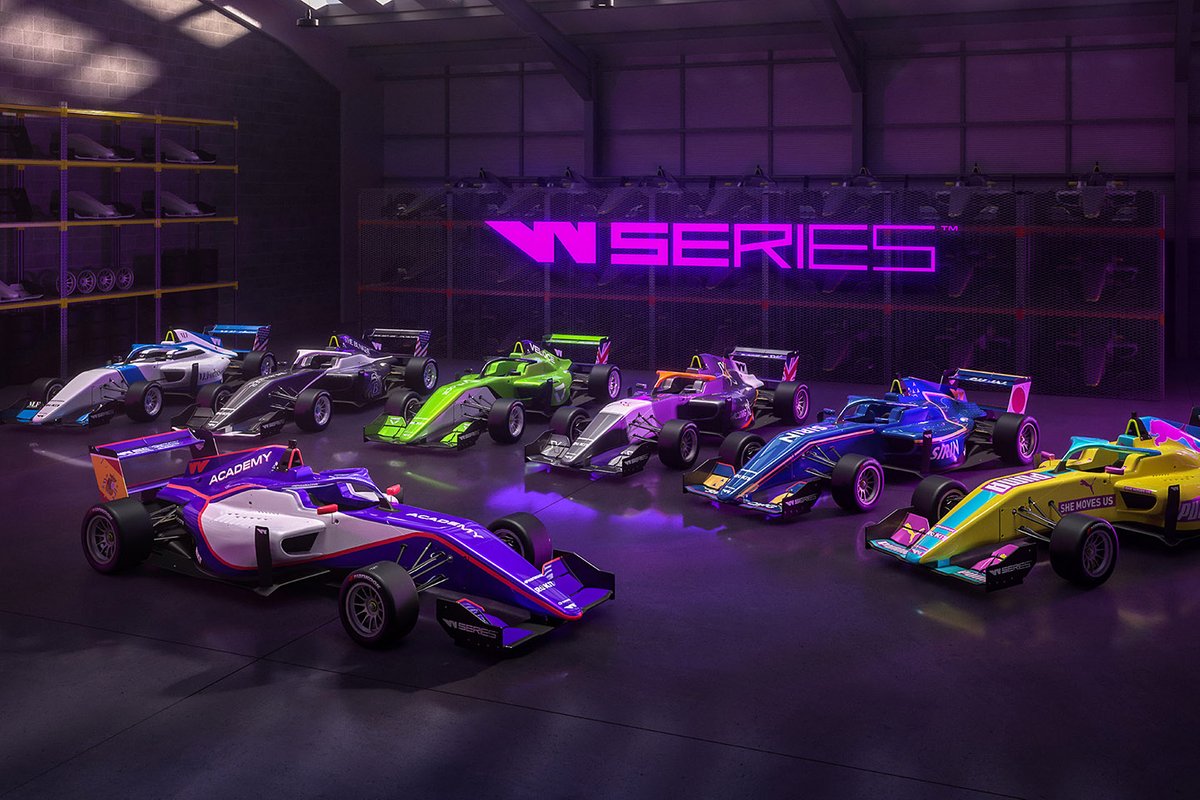 The team sponsors are a mix of groups of people, individuals, businesses and traditional sponsors, with renowned racing team Veloce also taking a team.

Drivers were split into two groups – the top nine from last season in one and the rest of the grid in another – before teams chose their line-up on a first come, first serve basis.

Although two of the teams are currently being run by W Series, Bond Muir is confident that they will also have title sponsors next year, with conversations continuing with potential investors.

Bond Muir says as CEO, the most important thing for her, apart from producing the series, is the financial stability of the business going forward. But she says this announcement demonstrates that “we really have got a financial underpinning of the business, so finally, we can plan long term growth”.

She also highlighted how W Series had “bucked the trend of lots of other female sports, where they have been disproportionately affected by COVID. And, you know, there have been huge numbers of stories across the world about women's sport has been put back several years. So, we obviously had a poor second year, but what was demonstrated is that we've come back and we've come back stronger.”

And that it has, with a new six-part documentary series W Series: Driven piquing interest ahead of the season opener, as well as an all-new Channel 4 commentary team, continuing their free-to-air partnership.

Looking ahead, Bond Muir believes the new structure will give “another layer of storytelling” and said there are “so many unknowns in it”.