Another lengthy rain delay at the Dundrod course pushed the start of the second outing for the 600cc and 675cc machines back.

Smiths Racing's Hickman, who had eased to win number nine in the opening Superstock race, was jumped off the line by Padgetts Honda's Davey Todd.

The pair briefly ran side by side, but the Triumph-mounted Hickman outdragged Todd on the run down to the first corner and quickly pulled away from the Honda rider.

Hickman's lead stood at 1.3 seconds as the field ended its first lap, with Todd soon falling back into the clutches of SSP race one runner-up Lee Johnston on lap two.

The Ashcourt Racing rider quickly disposed of Todd, but was powerless to reel in Hickman and trailed him by 8.3s at the chequered flag.

Hickman's haul of wins at the 2019 event now stands at four, and he is well on his way to equalling Philip McCallen's 23-year-old record of five victories in a day. 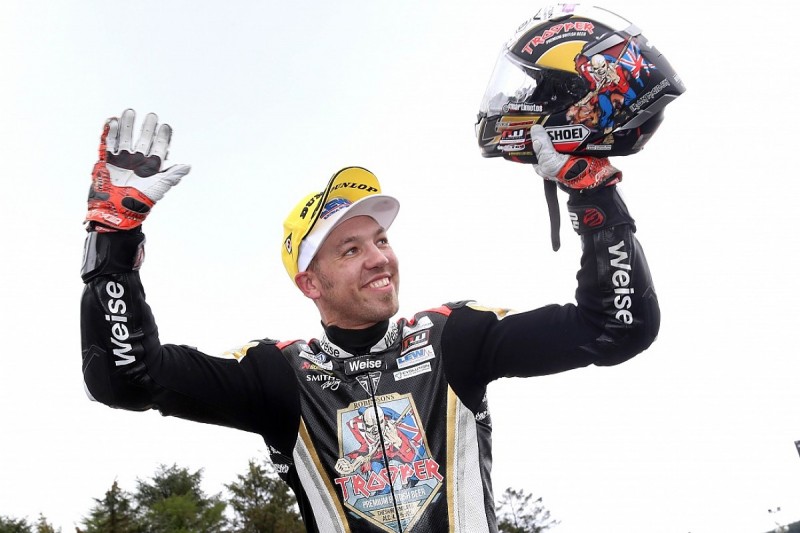 Johnston will have one more chance later on Saturday to secure SSP wins at all three International road races this year.

Todd fended off a near-race long attack from team-mate Conor Cummins to lead the Manxman across the line by 0.042s to claim his second Ulster GP podium, having taken his maiden rostrum in the STK event.

Dean Harrison was a non-starter in the second SSP race, after his Silicone Engineering Kawasaki developed an issue in Thursday's outing.

The race for the Lightweight and Ultra-lightweight class followed the second SSP outing, though it was red-flagged for an accident at the start of the second lap and was not restarted.

The rider involved, who came off at Rock Bends, is sitting up and talking to the medics.