Few racing observers outside of Japan are unlikely to be too familiar with newly-crowned Super GT champion Kazuki Hiramine. Here's how the Nissan driver turned his fortunes around, after a spell of stuffing flyers through letterboxes, to form one half of Team Impul's 2022 title-winning duo

It’s hard to think of a recent Super GT champion who has taken such an unlikely path to the top as Kazuki Hiramine, who alongside team-mate Bertrand Baguette ended a 27-year title drought for Team Impul this year.

Belgian ace Baguette is known to international audiences for his exploits in IndyCar, Formula Renault 3.5 and the World Endurance Championship. Other title-winners such as Naoki Yamamoto - who partnered Jenson Button to the 2018 crown - plus 2021 champions Sho Tsuboi and Yuhi Sekiguchi are active in Super Formula, further boosting their profile.

PLUS: The F1 and Indy 'nearly man' that found contentment in Japan

But 30-year-old Hiramine has no such illustrious background - making his transformation into one of the stars of the Nissan GT500 stable all the more remarkable.

As a teenager, he spent two years in the UK karting while studying English, and did his first car races in Formula Renault machinery in late 2008 - facing a Winter Series field including the likes of future British sportscar stars James Calado, Harry Tincknell and Will Stevens.

From there, he returned to Japan in 2009 to enter Honda’s Suzuka Racing School. That earned him a scholarship for Formula Challenge Japan, the stepping stone below All-Japan Formula 3 of the time. Finishing third and fourth across his two seasons in the category, he graduated to F3 to drive Real Racing’s National Class car in 2012.

This is where Hiramine’s path diverges considerably from most of the other drivers on the grid that season, including future Super Formula champion Tomoki Nojiri and Toyota staples Ryo Hirakawa and Yuichi Nakayama.

“At the end of the F3 season, I couldn’t enjoy racing,” he tells Autosport. “It was a tough season for me, a lot of pressure. I was quite young at that time and for sure my speed wasn’t good enough to win the championship. I finished second to Daiki Sasaki, he was so fast. 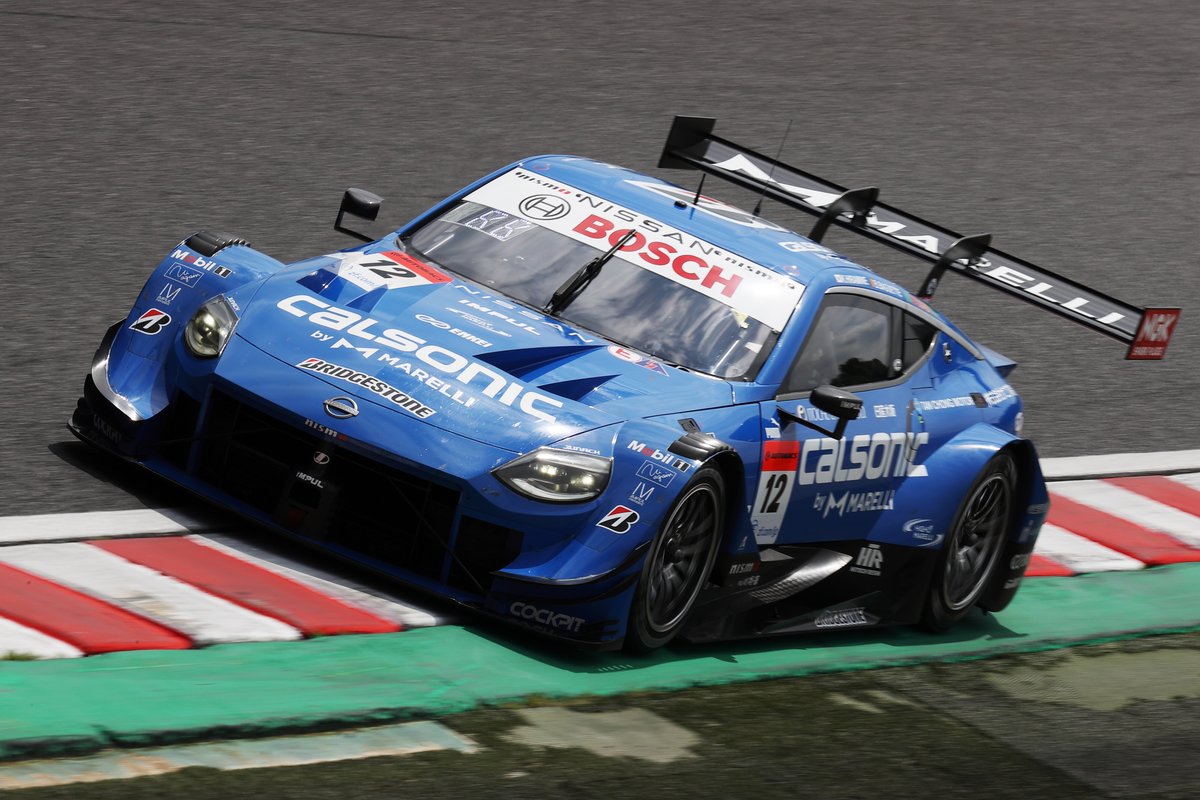 Hiramine decided to turn his back on motorsport after a disappointing Formula 3 campaign in 2012, but soon decided to give racing another go

“I told Honda that I was going to stop racing. I didn’t want to drive in anything, so at the start of 2013 I was just working a part-time job. I was cooking and posting flyers in letterboxes… it was so boring. You would take the bike, and just go to each letterbox. For three or four hours you don’t talk to anybody.

“I thought, ‘I’m going to die if I keep doing this’. At the same time, people had contacted me asking why I wasn’t racing, and if I was really sure about giving it up. Then, I was given the chance to drive in Super Taikyu. I enjoyed it a lot and I started to think about coming back.”

Hiramine was drafted in to join Tracy Sports for the final round of the Super Taikyu season at Autopolis, driving a Honda S2000 in the ST-4 class.

“The car was basically just a tuned road car, but the important thing was not the speed of the car but the enjoyment,” he adds. “My feeling was coming back, and then I saw a Super GT race on the TV and I decided I would aim to win the championship in GT500 in the future.”

"They told me I would drive for Team Impul. My reaction was like, 'Are you sure you mean me? Really?'" Kazuki Hiramine

In 2014, Hiramine was given the chance by JLOC to make his Super GT debut in the lower GT300 division driving one of the team’s two Lamborghini Gallardos in the Suzuka 1000km. His performance was enough to earn him an invitation to join the team full-time in 2015, sharing a car with veteran Manabu Orido.

But it was 2016, when he was recruited to join Kondo Racing’s team in the top ST-X class of Super Taikyu and won the championship at the first time of asking, that really put him on the path to his current Nissan GT500 drive, as it made him the natural candidate to spearhead Kondo’s line-up when it joined Super GT’s GT300 class in 2019.

Along with team-mate Sacha Fenestraz, Hiramine finished solid sixth in the standings, and earned himself a call-up to Nissan’s annual GT500 ‘audition’ test at Fuji - and such was his speed that he managed to earn himself a seat at Impul at the expense of James Rossiter. 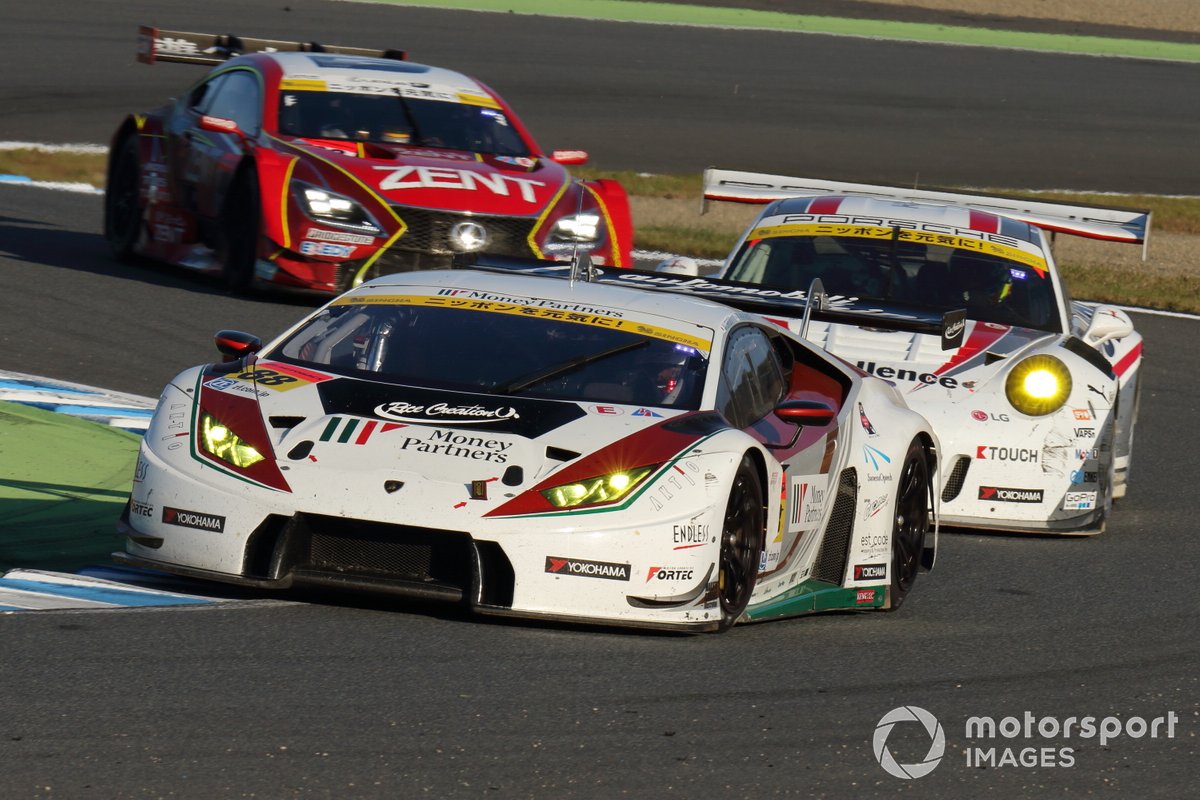 Hiramine says of that crucial day: “We were given two sets of new tyres - with the first set I did a crazy lock-up at the first corner! The tyre was done, there was a big flatspot and I was thinking, ‘Oh my God, how could I mess it up at the first corner…’  But on the second set of new tyres I did quite well, I think I had the best lap, and then I did a long run and I was able to show my consistency as well.

“After that, they told me I would drive for Team Impul. My reaction was like, ‘Are you sure you mean me? Really?’ I knew James was super-fast and famous, not just in Japan but all over the world. I was so happy.”

In 2020, Hiramine was paired with his old F3 rival Sasaki, and proved easily the more impressive of the two. The following year, Nobuharu Matsushita joined Hiramine at Impul and the duo ended a five-year winless streak for the team with victory at Sugo, although the GT500-spec GT-R’s weakness at Fuji prevented them from mounting a genuine title assault.

The arrival of the new Nissan Z this year provided a golden opportunity for Hiramine to make it third time lucky. But with Matsushita heading back to Honda, he would be joined by a new team-mate in Baguette. The pair gelled immediately, partly because the pair already knew each other thanks to a mutual connection in the form of factory Lamborghini driver Marco Mapelli, Hiramine’s JLOC team-mate in 2018.

“He’s a really funny guy, open, with a completely different mentality than usual for a Japanese driver,” says Baguette of Hiramine. “He’s a really fast driver, a good racer, always aggressive and always trying to overtake the car in front, even at times when he should be more patient, he still tries something.

“He’s a hard worker, he really surprised me with that. He looks at a lot of data and on-board videos, he works a lot with the engineers. He is never afraid to do extra hours on the simulator to improve himself and the car. That’s maybe his main characteristic.”

While Hiramine was able to smooth Baguette’s arrival at Nissan and Impul and help him settle into the new team quickly, Hiramine is happy to admit that equally he was able to learn a lot from having a team-mate who has enjoyed such a long and varied career. 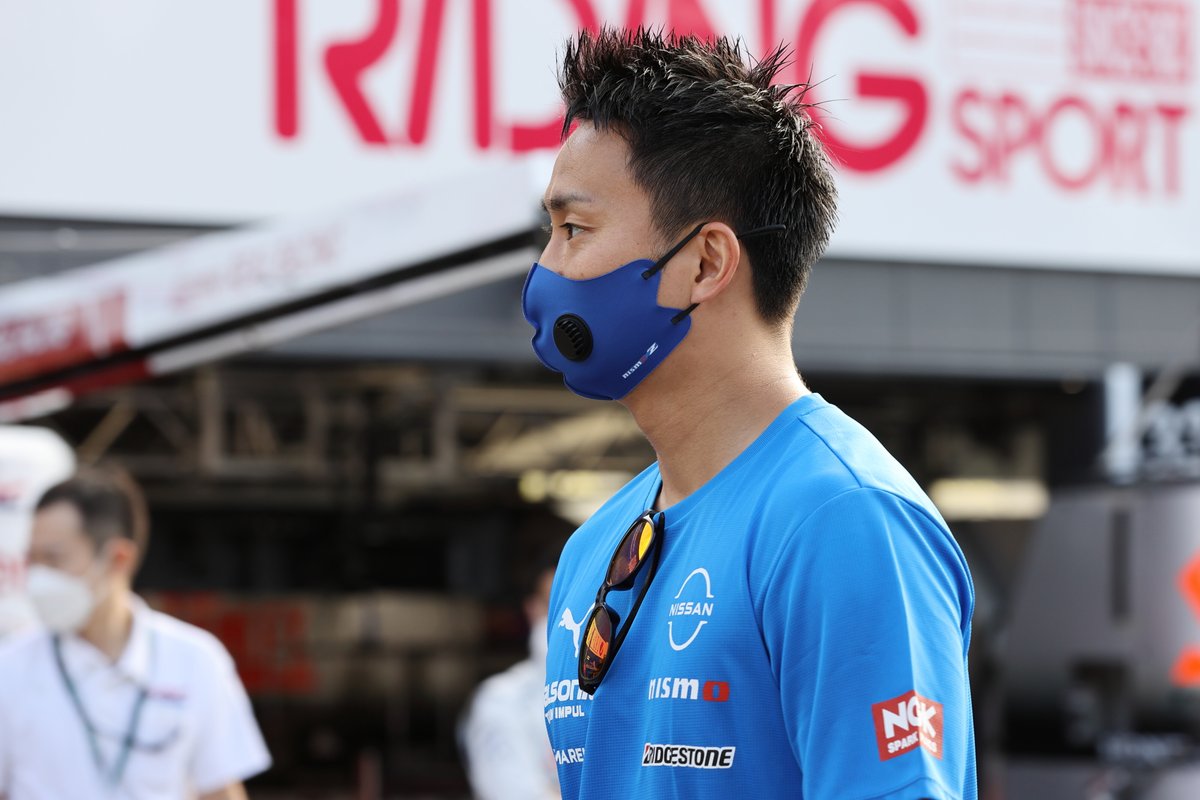 He says: “I learned by watching his on-boards, his braking points and when he gets on the throttle. He taught me many things, but also we discussed private things, which are important to have a good relationship with your team-mate.”

Indeed, racing alongside Hiramine was a very different experience for Baguette after three seasons of sharing a Real Racing Honda with Koudai Tsukakoshi.

“Straight away we were talking a lot, sharing information about lines, what gears to use, all the information we could find,” he says. “We never hide anything from each other. Even outside the track we talked a lot, nearly every day.

"Every time I’m in the car, it’s maximum attack. I know some people think my driving style is aggressive, but I don’t care. I’m just doing my job" Kazuki Hiramine

“The fact that Kazuki speaks perfect English helps, but he and Koudai have two completely different personalities. Koudai is more quiet, more serious, even outside the track. Kazuki likes to have a laugh, to party, to go out.

“Hoshino-san has looked after me so well, like my father,” he says. “Sometimes he shouts at me, like, ‘Why are you so f***ing slow’ or ‘You need to be faster in this sector’, but I know it’s because he wants me to be faster. I know he loves watching me drive and having me in his team.

"Every time I’m in the car, it’s maximum attack. I know some people think my driving style is aggressive, but I don’t care. I’m just doing my job.” 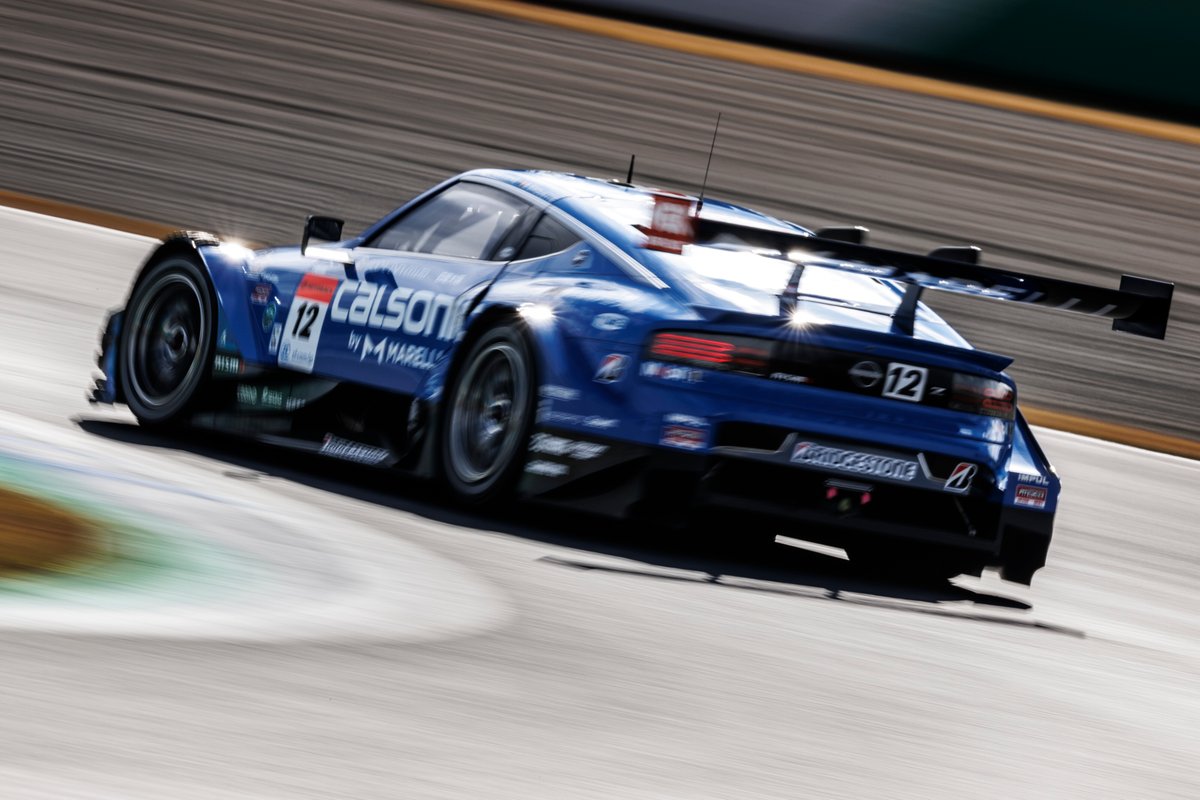 After finishing second in the Motegi finale, Hiramine achieved the target he set himself back in 2013 - ensuring if nothing else that he’ll never have to go back to posting flyers again. But at 30 years old (he’s the second-youngest member of the Nissan GT500 stable), he still has many years ahead of him as a racing driver. So how does he picture the future?

“My target was to win the GT500 title by the time I turned 30, and now I’ve done that!” he reveals. “Of course, I want to win the championship as many times as possible. It would be difficult to match Ronnie [Quintarelli, who has four titles to his name], but I don’t want to set myself any limits.”

Hiramine says he also has ambitions of one day returning to Europe to participate in some of the big GT3 races, recalling how he was supposed to be part of the Kondo Racing line-up for the Nurburgring 24 Hours in 2020 before that was called off due to COVID-19. But such outings are only ever likely to be regarded as extracurricular activities in Hiramine’s bid to establish himself in the annals of Super GT history.

“Tsugio [Matsuda] is 43, and he is still doing a great job,” adds Hiramine. “So if I keep training, look after my body, my eyes, I hope I can be here for a long time.” 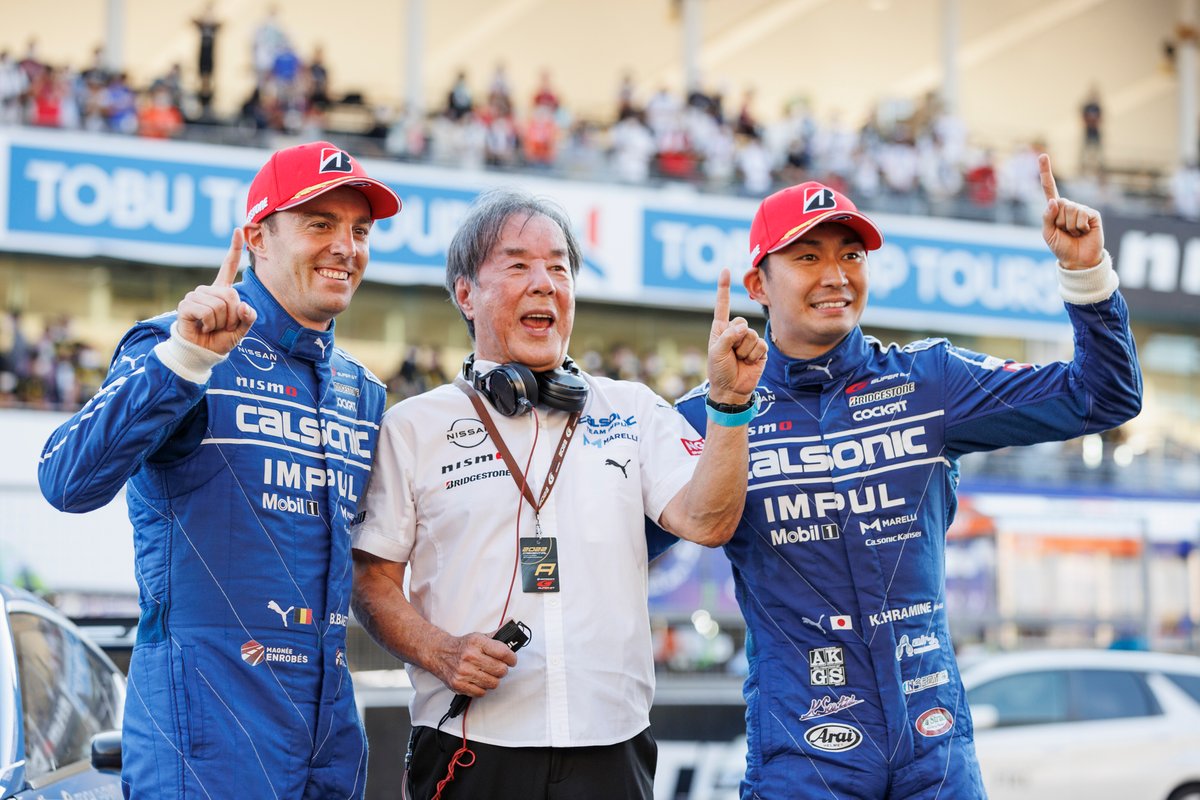