Suzuka is regarded as the home of Japanese motorsport, and has held the nation's Grand Prix for all but two editions in the late 2000s. But to four-time champion of its Super GT series Ronnie Quintarelli, Fuji is the circuit closest to his heart as the Italian explains in Autosport's ongoing weekly series

Of all the circuits on the current Super GT calendar, Fuji Speedway is certainly the most ‘Tilke-like’, owing mostly to the Toyota-owned venue’s 2005 renovation that enabled it to (briefly) snatch away the Japanese Grand Prix from Suzuka for 2007-08.

Few would argue that any other track besides Suzuka has any right to be regarded as the spiritual home of Japanese motorsport, and Fuji, at least in its current guise, has its fair share of detractors. But one driver who thinks differently is Ronnie Quintarelli.

For long-time Nissan driver Quintarelli, a four-time champion in Super GT, what sets Fuji apart is not so much the layout itself, but the atmosphere, particularly during its annual Golden Week fixture (traditionally run to 500km, but this year to 450km) in early May.

Since the demise of the Suzuka 1000km race in 2017, this mid-week event is now unchallenged in terms of the number of spectators that flock there every year. In 2019, the last year before the COVID-19 pandemic, 56,000 fans showed up on race day - more than double the crowd that attended the WEC 6 Hours of Fuji the same year.

“When you are at the circuit, the atmosphere is important to give you motivation for race week,” says three-time Fuji winner Quintarelli. “During the Golden Week races, and even more so before COVID, it’s nice seeing a full grandstand and the fans with the flags. And when you are on the parade lap, or victory lap, you can see them cheering you on.

“The layout itself is also nice, I like the long straight, but we have many nice track layouts in Japan. But at Fuji the atmosphere is something special.”

Quintarelli made his Fuji Super GT debut in 2005, just after the track was renovated, but he would have to wait until a decade later to score a first win there, dominating alongside Tsugio Matsuda in the works NISMO GT-R in 2015. The following year, he and Matsuda won out when the Impul Nissan lost a certain win with a tyre failure just a few laps from home. 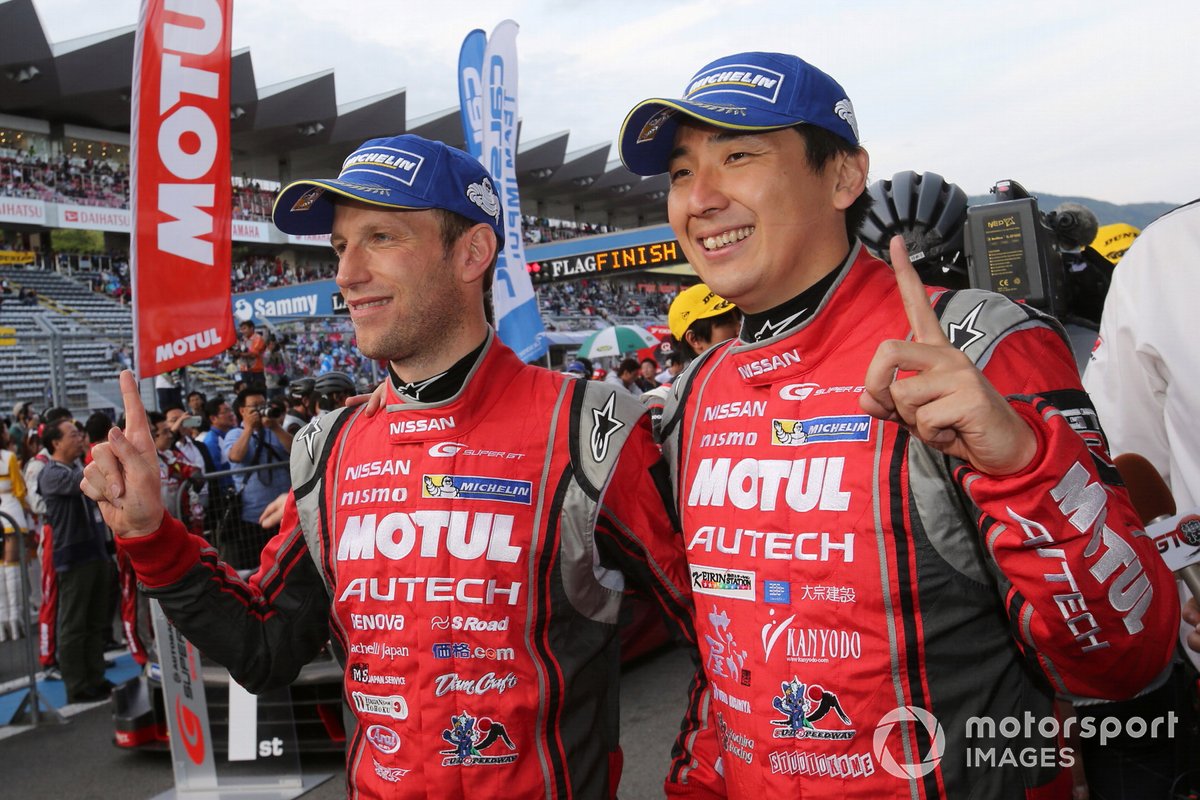 Quintarelli celebrates victory with Tsugio Matsuda at Fuji in 2015, a feat he's since repeated twice

A third win would come in 2018, which incidentally still stands as Quintarelli and Matsuda’s last victory at a track other than Suzuka, after an entertaining dice with the SARD Lexus.

Quintarelli does have experience of pre-renovation Fuji, but the Italian driver says he doesn’t miss this iteration of the track, which bears less resemblance to the current version than a cursory glance at the different circuit layout maps might suggest.

As well the most obvious change - the replacement of the long right-handed sweep at the track’s western end with a new, much more technical first sector - both Turn 1, the right-hand hairpin following the monster start/finish straight, and ‘A corner’, the fast left that follows the downhill run out of Turn 1, were reprofiled substantially.

"The facilities are new and every year they are making small improvements to make things more comfortable. They keep investing and taking care of the fans, which is important" Ronnie Quintarelli

“The facilities are new and every year they are making small improvements to make things more comfortable. They keep investing and taking care of the fans, which is important.”

As well as Fuji itself, Quintarelli also has fond memories of the iteration of the Nissan GT-R that took him to the first two of his wins at the track, which was used from 2014-16. This was the first one to be built on the common chassis shared with DTM that Super GT still uses today, as well as the first to be equipped with a two-litre turbocharged inline four engine.

“You could really feel the step forward in terms of quality and car performance on the aerodynamics side,” Quintarelli reflects. “It was also my first time driving with a turbo engine and this felt really nice to drive, with Nissan’s anti-lag system. Some people were telling me about the turbo lag, but thanks to the technology I didn’t have any problems.” 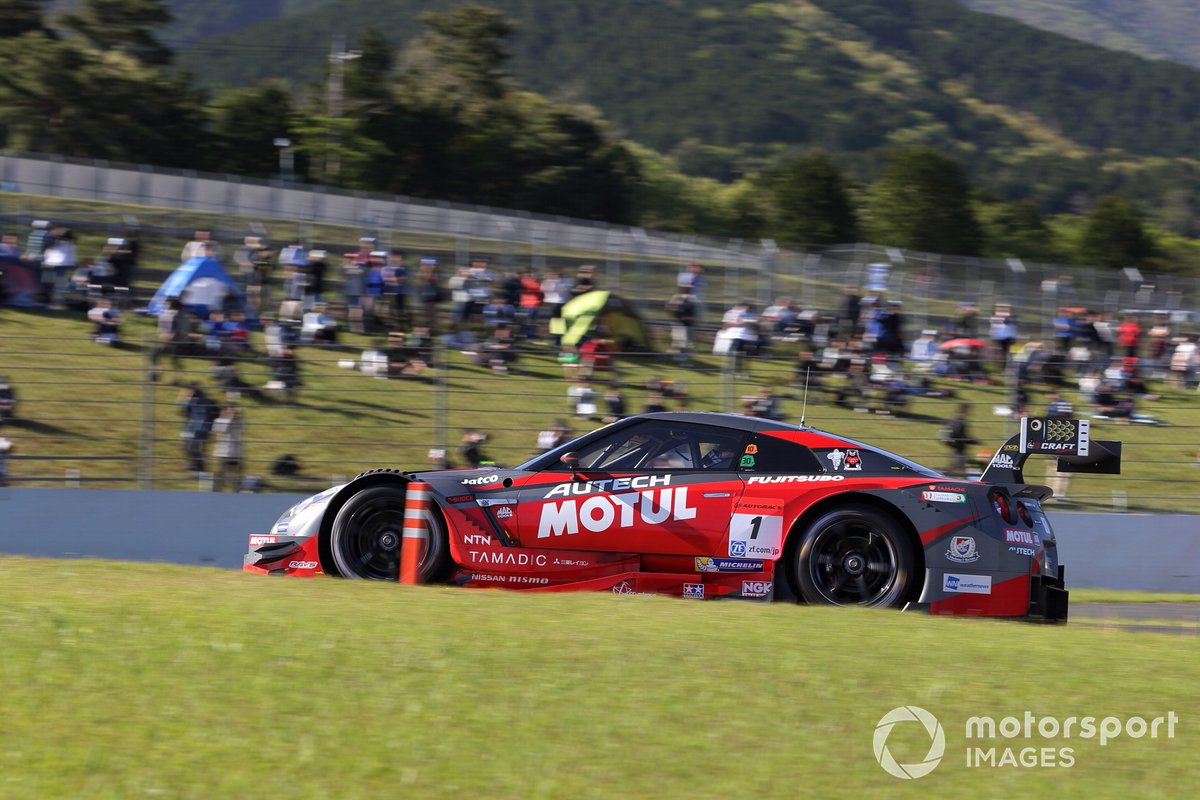 The atmosphere at Fuji is a point Quintarelli relishes