The DJR Team Penske driver was able to outlast an aggressive strategic move from Jamie Whincup to set up a 13th win of the season, after a pitstop blunder forced polesitter David Reynolds out of contention.

Reynolds led the first part of the race, spending the opening 12 laps with his mirrors full of Mostert's Mustang.

It was not until third-placed McLaughlin started to put pressure on Mostert that Reynolds was able to pull away, leaving the two Mustangs to squabble over second place as he streaked into the lead.

The battle for second came to a head early on during the 16th tour of 70, when McLaughlin and Mostert ran side-by-side through Turns 4 to 6.

Mostert was initially able to hang on, before being forced to concede the position two laps later. 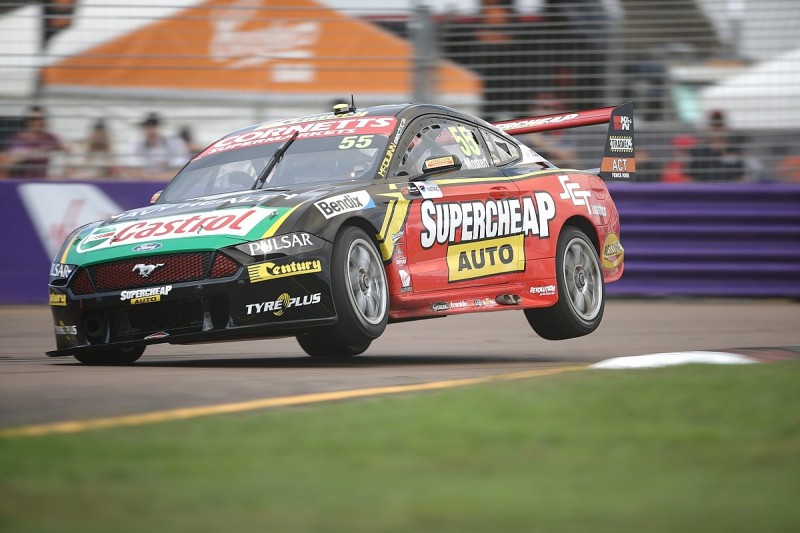 Mostert made his first stop the next time around, followed by McLaughlin and Reynolds on the 21st and 22nd lap respectively.

Jamie Whincup then came out of the first round of stops with the effective lead thanks to the undercut from pitting two laps before Mostert.

Having taken on the most fuel of the leaders, Reynolds came out just ahead of McLaughlin.

He was unable to shake the Penske Ford though and McLaughlin grabbed second approaching mid-distance.

When Whincup made his second stop on lap 38 McLaughlin found himself with a 5s lead over the struggling Reynolds.

But Reynold's race collapsed at his next pitstop when a wheelnut problem turned his stop into a lengthy stay and dropped him from contention.

McLaughlin then stopped a lap later and returned two seconds behind Whincup.

Within a handful of laps, the gap was gone and, with 20 laps to go, McLaughlin charged down the inside of Whincup at the final corner to grab a lead he would comfortably hang on to until the end.

Mostert quickly caught Whincup once McLaughlin was through, but could not get a move on the seven-time champion done before his front tyres were past their best.

Having staved off the initial challenge from Mostert, Whincup was even able to re-establish a gap in the closing laps with three seconds separating the pair at the flag.

Shane van Gisbergen charged his way to fourth, passing Reynolds with a few laps to go before running down Fabian Coulthard on the final lap for the position.