An in-form Davison has been left without a full-time spot in the team by the demise of Phil Munday's 23Red Racing operation, following the loss of major sponsor Milwaukee Tools.

However, as first reported by Autosport, a lifeline deal between Courtney and long-time backer Boost Mobile will keep the car on the grid for the remainder of the 2020 season.

It's understood that Munday will retain ownership of the Racing Entitlements Contract, at least for now, with a lease-style deal putting Courtney in a #44 Boost-backed Ford alongside Cam Waters, Lee Holdsworth and Jack Le Brocq.

The deal means Courtney won't actually miss a round since his dramatic split with Team Sydney after the Adelaide 500, given the Albert Park event was called off before a racing lap was turned.

It will also mark Courtney's first appearance in a Ford since the day he sealed the 2010 Supercars title for Dick Johnson Racing.

"Given the way my last few months have gone, I couldn't be happier with the outcome," said Courtney.

"From the end of February up until now my world's been upside down and all over the place. To come out of that situation with this opportunity, I'm very happy.

"To get back into a Ford is exciting as well. The last time I stepped out of a Ford I was champion, so stepping back in brings some good memories.

"It does bring you some warm feelings, I've obviously had some great results with Ford and coming back brings back all those fond memories, hopefully we'll create some more in the Boost Mobile Ford Mustang." 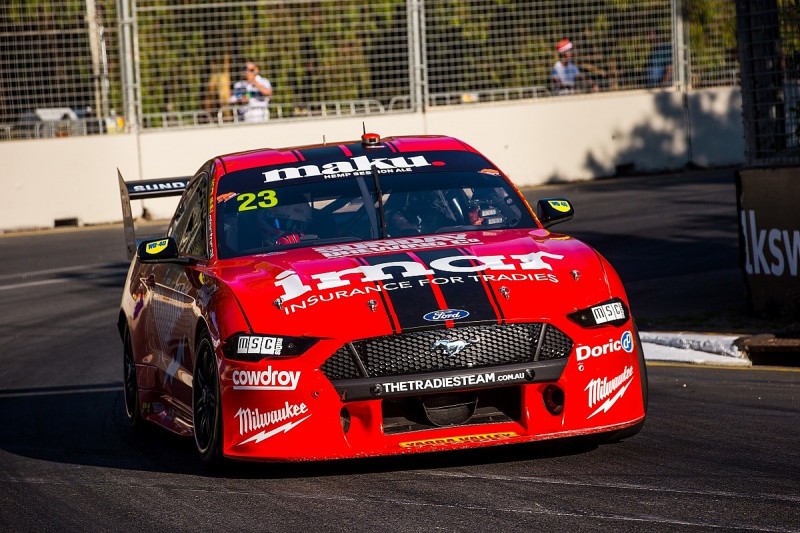 A group of Davison fans have started a crowd-funding campaign aimed at raising $100,000 following the unexpected loss of his Tickford Racing seat.

In response to Davison's axing from the Tickford line-up, a crowd-funding campaign has been set up, led by Aussie simulator equipment maker Jinx Shifters.

"The Jinx Shifters GoFundMe, is all about making enough noise to bring Will Davison back into a full-time seat," reads the campaign description.

"By expressing a fan-based support we can help get Will Davison back racing after his team had their major sponsor pull the rug out from [under] them.

"This is not a [chequered] flag for Will! Help us! Together, we can get him back on the grid!"

Davison, meanwhile, has made it clear he wants to get back on the grid via a social media post reflecting on last week's news.

"At the end of the day it's an amazing sport and I'm really, really proud to have been a part of it for as long as I have and I can guarantee you I will be giving everything I've got to get myself back on the grid, hopefully in the not too distant future," he said in a video addressing his sudden exit.

"I still feel like I've got a lot to offer.

"I honestly feel like at this stage in my career, I feel like I'm driving really well, I feel like I have got a lot of experience behind me and a good perspective on the way that everything works.

"So my aim is to be back and racing with you all soon."

Davison also thanked Munday for their two-and-a-bit seasons together.

"Phil, you're a great friend, you're a wonderful bloke, it's been an absolute privilege and honour to have driven for you and 23Red," he said.

"I'm sorry we couldn't quite get that win, I gave my absolute everything for you and I'm sorry this has had to happen.

"I know how passionate you are and I can only thank you from the bottom of my heart for the opportunity at the end of 2017 to drive for you.

"It's been a hell of fun and we will no doubt be seeing you around again soon and we will be great friends. So thank you, it's all I can say and I'm sorry that it ended this way but we've done some cool things and thank you so much."