DJR Team Penske has been hit with a suspended $250,000 fine and loss of 300 Supercars teams' championship points for its Bathurst 1000 actions, but keeps its win.

The team had asked Fabian Coulthard to deliberately slow behind the safety car in a move judged to be designed to help eventual winners Scott McLaughlin and Alex Premat keep track position when they pitted.

The Coulthard/Tony D'Alberto entry has been relegated from sixth to 21st (last of the classified finishers) in the final Bathurst 1000 results, which also confirm - as expected - that McLaughlin and Premat retain their win.

The squad has also lost 300 teams' championship points, but still holds a 423-point lead over Triple Eight in the standings.

Coulthard was told to exercise "extreme caution" and warned of "debris" by his engineer when the safety car was called with 26 laps to go, despite TV pictures showing the caution was for a car beached at the final corner and presenting no danger to the field as it crossed the Mountain.

The Kiwi slowed dramatically based on the instruction, holding up cars with fuel in hand and ensuring team-mate McLaughlin and Triple Eight's Jamie Whincup - who carried on at near-full speed - could pit without ceding track position.

As well as the curious radio messages regarding debris on the circuit, the team also tried to argue that Coulthard's actions were a precaution due to an overheating engine.

Race officials were not fooled and held an enquiry straight after the race before ruling on the matter at a hearing on Saturday night this weekend. 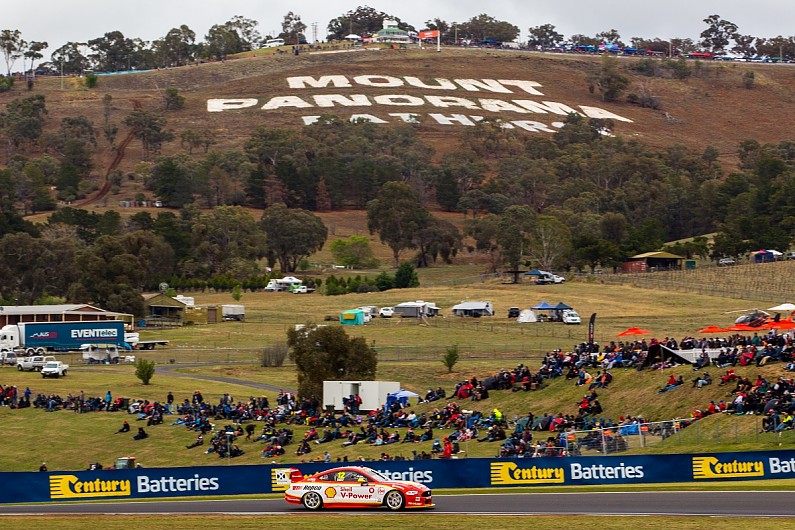 While the initial charge was for a team orders breach, the Confederation of Australian Motor Sport switched tact to an 'obligation of fairness' rule from the International Sporting Code.

"After conferring with the stewards, the deputy race director subsequently laid a charge on DJRTP alleging, in lieu of a breach of rule D24, given its ambiguous terms, a breach of appendix B to the 2019 ISC (Code of Good Conduct), in particular the Obligation of Fairness," reads a CAMS statement.

"The Obligation of Fairness in Appendix B to the ISC is in the following terms: 'All FIA licence-holders and all participants in international competitions must not, in any way whatsoever, infringe the principles of fairness in competition, behave in an unsportsmanlike manner or attempt to influence the result of a competition in a way that is contrary to sporting ethics, in particular within the context of betting on the competitions registered on the international sporting calendar.'

"DJRTP is, by virtue of the definition in the ISC, a participant in an FIA international competition.

"DJRTP has admitted that in giving the direction to car #12 to slow down after the safety car intervention was announced on lap 134, it breached the obligation of fairness in appendix B to the ISC."

The penalty has been accepted by DJR Team Penske.

"After reviewing data from car #12 following the Bathurst 1000 with the stewards and deputy race director, DJR Team Penske accepts the penalties issued related to the FIA International Sporting Code," read a statement from the team.

"The team will be making no further comment at this time."