Cassidy won his maiden Super Formula title with TOM'S in 2019, his third championship with the outfit following previous successes in Japanese F3 and Super GT.

While the Kiwi is staying with TOM'S in GT500 for another season, as Toyota returns for the first time since 2006 with its Supra GT500 replacing the Lexus LC500, Cassidy was not mentioned in its official announcement of its Super Formula roster.

No replacement for the 25-year-old as Kazuki Nakajima's team-mate was disclosed, but last year's Japanese F3 runner-up Ritomo Miyata is the prime candidate if Cassidy does not retain the seat after testing for the squad at Suzuka in December.

Following the withdrawal of Team LeMans from Super Formula, as well as Super GT, its entries have been redistributed to other Toyota teams, ensuring 11 Toyota-powered cars will remain on the 2020 grid.

One of Team LeMans's spots will go to Inging, which has also signed long-time Team LeMans driver and reigning Super GT champion Kazuya Oshima for an expanded three-car effort. 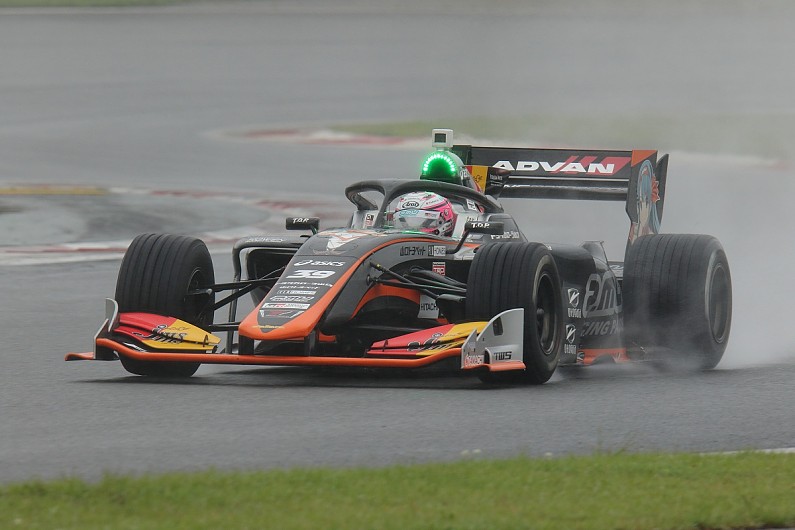 The other entry has been assigned to KCMG, which has signed 2016 champion Yuji Kunimoto from Kondo Racing to drive its second car alongside Kamui Kobayashi.

Kunimoto will be replaced at Kondo by reigning Japanese F3 champion Sacha Fenestraz, the only new driver to join Toyota's Super Formula ranks in 2020.

Fenestraz will partner Kenta Yamashita, who is staying in Super Formula despite electing not to defend his Super GT title and focus instead on his World Endurance Championship programme with High Class Racing.

Impul will enter an unchanged line-up, retaining both Ryo Hirakawa and Yuhi Sekiguchi.

Meanwhile, Fenestraz and Miyata have been promoted from Super GT300 to Toyota's GT500 programme, with Nakajima following Yamashita in stepping back to prioritise his WEC commitments in LMP1.

As part of the reshuffle, Tsuboi will leave Bandoh to make way for Miyata to partner Kunimoto, with Tsuboi joining Oshima in Cerumo's second entry.

Fenestraz will replace Nakajima at TOM'S, sharing with Sekiguchi.

Team SARD has retained both Formula 1 race winner Heikki Kovalainen and Yuichi Nakayama for 2020, while TOM'S has likewise kept its #37 line-up of Cassidy and Hirakawa unchanged for a fourth consecutive season.