A new single-seater series, the GB4 Championship, is set to be launched in the UK next year aimed as an entry-level category for young drivers.

The championship has been created by MotorSport Vision which already operates the newly-renamed GB3 Championship - formerly BRDC British F3 - and has a history of running affordable single-seater series such as Formula Palmer Audi, Formula 2 and BRDC Formula 4.

GB4 will compete on the same bill as British GT and GB3, consisting of a 21-race calendar minus the traditional trip to Spa, in order to keep costs down for teams that decide to run cars in both single-seater series as well as sharing test days.

The new championship will use the pre-existing Tatuus F4-T014 chassis, which has been a mainstay of championships in Spain, Italy and Germany and mothball a large majority of components from the current GB3 car, which will be replaced by a tub fitted with a halo for next year.

The 1.4-litre turbocharged engine, capable of 160bhp, will be supplied by Autotecnica Motori and also be maintained by current GB3 partner Mountune, while the car will run on the same specification of Pirelli tyre used in the established series.

The decision to create a new championship comes as Motorsport UK, the sport's governing body, has taken over the running of British F4 which next year will also introduce a halo-fitted car with costs expected to be significantly higher than that of GB4.

Jonathan Palmer, chief executive of MSV, said: "Some drivers are going to find that budget but for others it's going to be too big a barrier, I think there will be a lot of kids that won't get the opportunity to start at a professional level in single-seater racing.

"I think it's even more important these days with the importance of diversity and inclusion. One of the biggest barriers for minority groups is still costs of getting involved in these things. 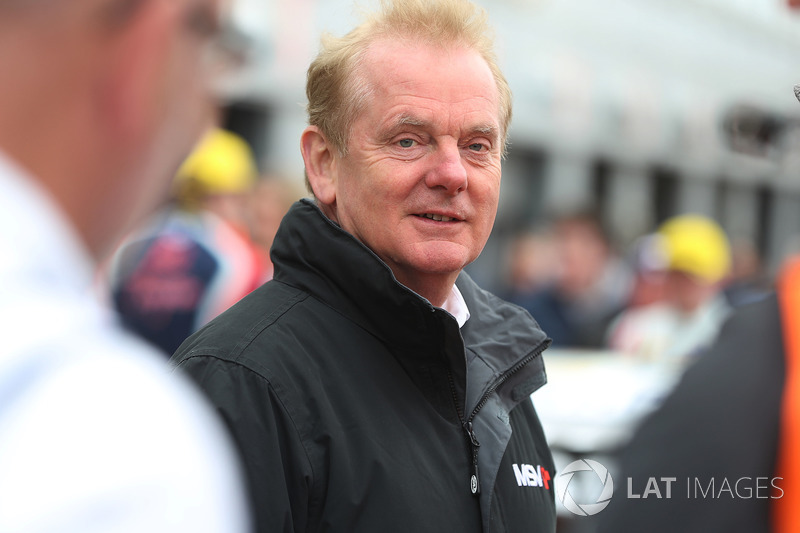 "Our first champion in BRDC F4 was of course George Russell. When George found that £85,000-odd grand it took to drive with Lanan back in those days, he wouldn't have found the £300,000.

"Here's a guy who's just proven his ability by dominating in a good junior championship and championships on the way through.

"I think George will provide a lot of inspiration for young drivers to think that we can do it, we have got a chance if there's an affordable championship."

The GB4 Championship has yet to be approved by Motorsport UK, with all new series required to gain a permit, but Palmer is confident there will be no issue ahead of the deadline at the end of October and "it's not designed to compete with British F4".

The former F1 driver is also hopeful that 15-year-olds will be allowed to drive in the new championship and intends to have discussions with Motorsport UK.

"I don't think there's any reason why 15-year-olds shouldn't be able to race in it, it's the same car with a proven safety record that they're racing in now," added Palmer.