NASCAR got a taste of the worst and best of what Ty Gibbs has to offer in 2022, and it’s clear he has a path to be one of its future stars.

Gibbs’s track record in NASCAR national series competition is relatively short, but his success cannot be questioned. A week after experiencing perhaps the lowest point of his racing career so far, he was enjoying his best last Saturday when he won the Xfinity Series season finale race at Phoenix Raceway, and with it the series championship.

The victory was his seventh of the season and 11th from 51 Xfinity starts – a remarkable 22% winning rate from fewer than two full-time seasons.

That joy was replaced by sorrow on Sunday, when the 20-year-old grandson of team owner Joe Gibbs suffered the loss of his father, team vice-chairman Coy, at the age of 49. He was duly withdrawn from the Cup championship race he’d been due to contest in the 23XI Racing Toyota vacated by Kurt Busch.

It was just over a week before that Gibbs received nearly universal condemnation for wrecking his Joe Gibbs Racing team-mate Brandon Jones on the final lap to win at Martinsville. Gibbs was already qualified for the Championship 4 at the time, while Jones needed the win to advance and compete for the series title.

“What I did last week was unacceptable, and I apologise once again, but it was unacceptable because we could have had two shots to win this deal, and it was stupid from an organisation standpoint,” Gibbs said after his title victory.

“All my fault. I can sit here and tell you I’m sorry as much as I can, but it’s not going to fix it. I’ve got to fix my actions.”

While many of Gibbs’s competitors spent the week criticising the young driver, he put on a racing clinic on Saturday through a wild three-wide battle with fellow championship contenders Noah Gragson and Justin Allgaier in the final 25 laps.

Gibbs finally cleared Allgaier for the lead for the last time with 20 of 200 laps remaining and held off Gragson by 0.397 seconds to earn the win and the series title. In this case, actions spoke louder than words. 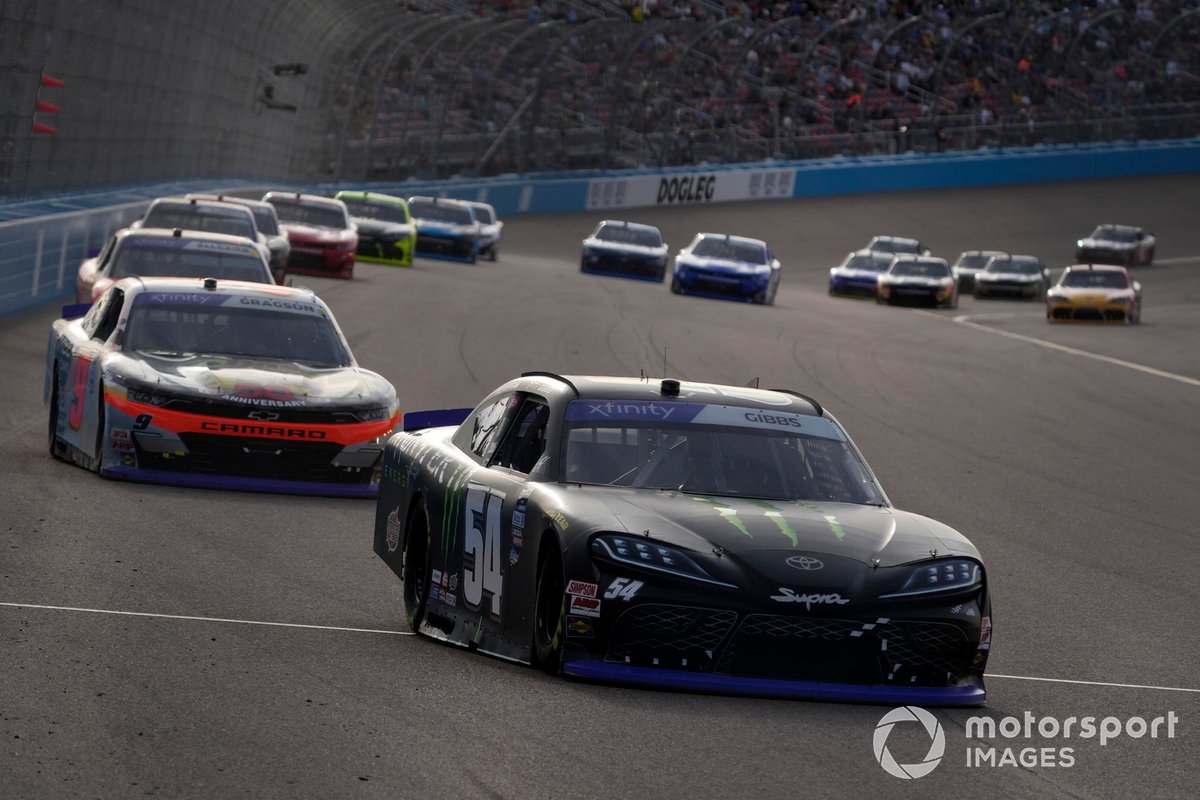 “He did a great job, they won the race fair and square today,” said Gragson, who will move into the Cup Series next season with GMS Petty Racing and ended up with the most wins (eight) in the series this season.

“It takes great people around you to learn, and I think he is capable.

“He’s a great race car driver, and I’ve been in those shoes, too, where it just seems like you can’t do nothing right, and it’s you against the world and whatnot. But, at the end of the day, I think he’s got potential, and he hasn’t reached his full potential yet off the track.”

For the record, Gibbs, who is likely to replace the departing Kyle Busch in JGR’s four-car Cup line-up in 2023, doesn’t want to be the object of fans’ contempt – even if he recognises “I’m the one that put myself in that position”.

His wild burnout after the win was greeted with a cascade of boos from fans, much as they did in driver introductions. 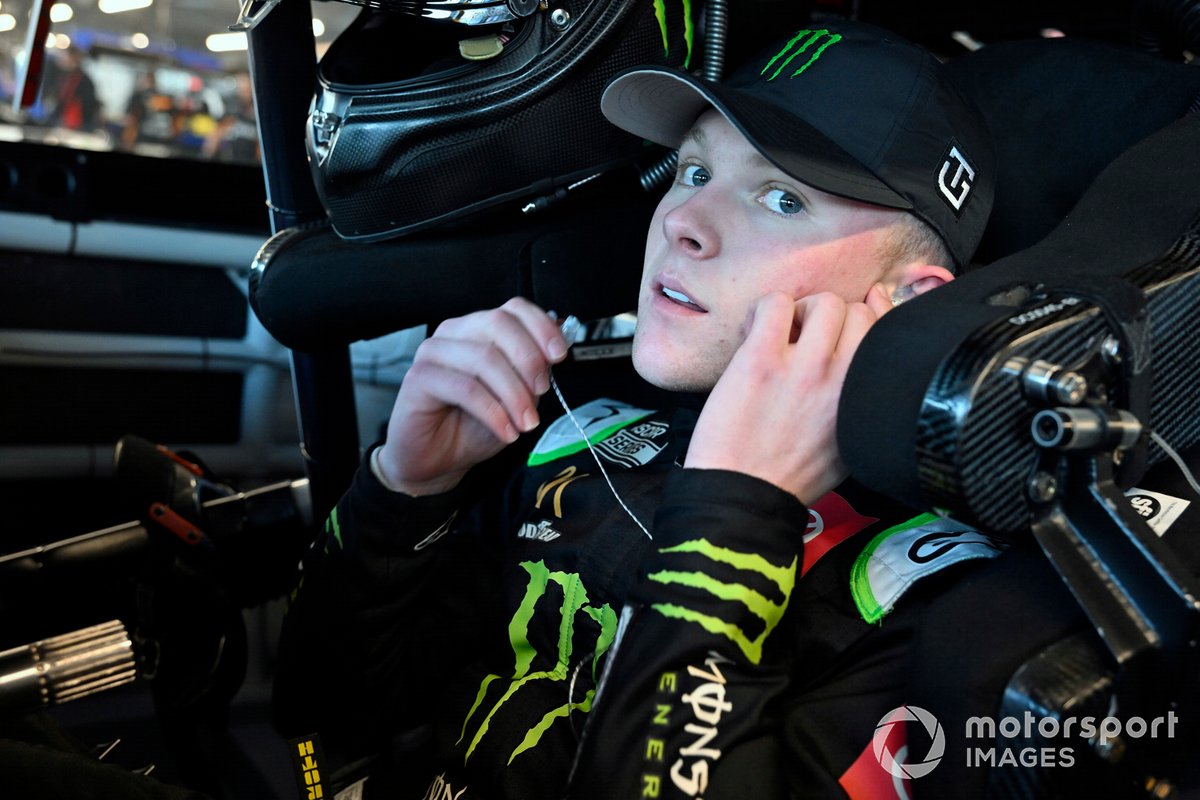