Kyle Larson claimed his first NASCAR Cup victory since his return to the championship following his suspension, winning out at the Las Vegas Motor Speedway to beat Brad Keselowski.

In just his fourth start since being suspended most of the 2020 Cup Series season, Larson took control of a wild race on Sunday at Las Vegas Motor Speedway and cruised to victory in the Pennzoil 400.

Larson was fired from his Chip Ganassi Racing #42 team last April for using a racial slur during the broadcast of an iRacing event and was also indefinitely suspended by NASCAR at the time, bue was hired by Hendrick Motorsports to drive its #5 Chevrolet last October beginning with the 2021 season and was cleared to return to NASCAR.

Moving to the front to secure victory in the second stage, Larson retained the lead following the round of pitstops ahead of the final stage, but was then overtaken by Denny Hamlin moments before a caution called out for a Chase Elliott-Kurt Busch tangle.

After another caution nine laps later called for debris shed by Aric Almirola after contact with the wall, Larson pitted for four fresh tyres and began to scythe his way through the field, charging back up to the front.

Larson then duelled with Hamlin for the lead and eventually broke past, but nearly blew it when he missed the entry to pit road during his green-flag pit stop.

But with the pace advantage, Larson pitted the next time around and still came out with a more than 1.5-second lead after the stops. With no further caution flags, he headed Penske's Keselowski by more than 3.5s at the finish.

“It was so much fun to drive. I could go where I wanted to. Drafting early in the runs was tough,” Larson said. 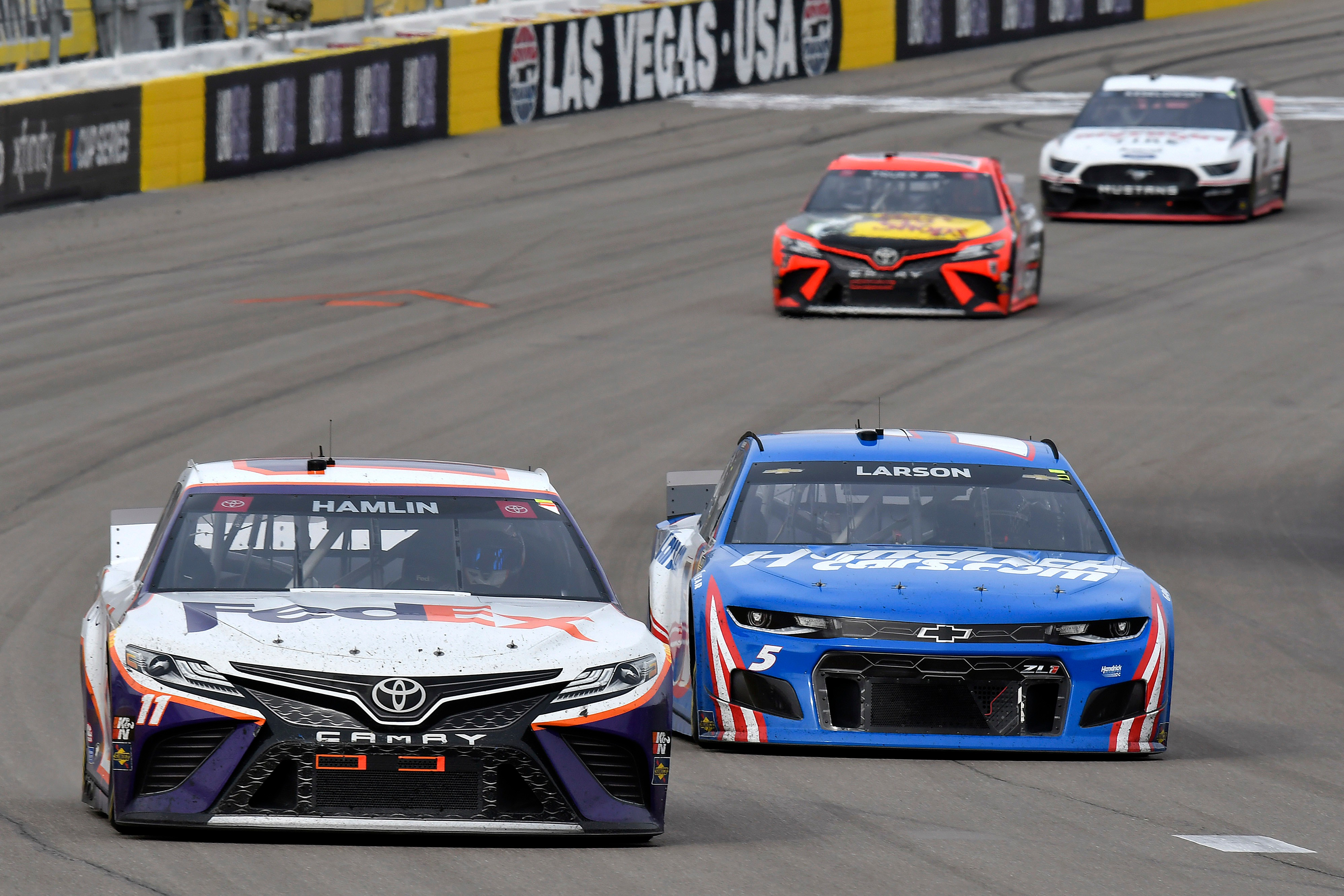 “Thank you so much Mr. H (Rick Hendrick, team owner), Jeff Gordon and Hendrick Motorsports for the amazing opportunity I’ve been gifted. This is definitely special.

“I know this is Rick’s most special paint scheme for obvious reasons and it’s just an honour to grab (the win) our first time out. I’m just blessed. Thanks everybody for coming out and everybody watching on TV.

“That was some fun racing on the restarts. I hope everybody enjoyed, I know I did. I had fun racing Brad and Denny and everybody. Tried not to get in their way when I missed my green-flag stop but we were able to have a good enough car to hold them all off.”

The win is Larson’s first since the 2019 season, seventh of his Cup Series career and first-ever on a 1.5-mile intermediate track.

Keselowski had won the first stage en route to second, while Kyle Busch finished third having made a steady ascent through the field.

After leading, Hamlin was eventually relegated to fourth as Ryan Blaney put a second Penske-run Ford Mustang in the top five.

Martin Truex Jr was sixth, losing positions to Joe Gibbs Racing team-mates Busch and Hamlin despite starting ahead of them, while Christopher Bell cemented the places of all four JGR Camrys in the top seven.

Reigning champion Elliott, after his earlier spin and contact with the Chevrolet of Kurt Busch, recovered to 13th place.