NASCAR Cup champions Chase Elliott, Brad Keselowski and Martin Truex Jr gave the Circuit of the Americas glowing reviews after their first test at the track.

The trio took part in a Goodyear tyre test on Tuesday to shakedown the tyre selection for NASCAR’s debut at the 20-turn, 3.41-mile road course.

All three NASCAR national series – Cup, Xfinity and Trucks – will compete on the course in Austin, Texas, for the first time on 21-23 May.

Each driver described the course as “fun”, and suggested that the tyre wear was analogous to the patterns seen at the Sonoma Raceway, along with the high-speed straights and hard braking zones of Watkins Glen.

Keselowski felt that the course was made to produce a lot of action and hard racing.

“Turn 1 is designed as though a fan said, ‘How can I have the most calamity in that corner on the start?’” he said.

"So there’s a couple of things – first off, it’s uphill, which helps the car stop, so it encourages the driver to try to out-brake another driver, which is big on a restart or a start because all of the cars are already so close together.

“Second thing is, it’s really wide on entry, so it’s almost impossible to block because there’s just a lot more race track. And then, of course, the third part is it’s a super slow corner meaning you have to use a lot of brakes to get through there.

Elliott, the reigning series champion, said the track appeared to have a lot of “character” and he hoped fans who have been used to IndyCar and Formula 1 races at COTA would give NASCAR a chance.

“It’s just a different type of racing. We’re not going near as fast as those cars do, but I feel like the product and the competitiveness on track and us being able to race around each other is much more feasible with the speeds we’re going and how big and heavy these cars are,” he said. 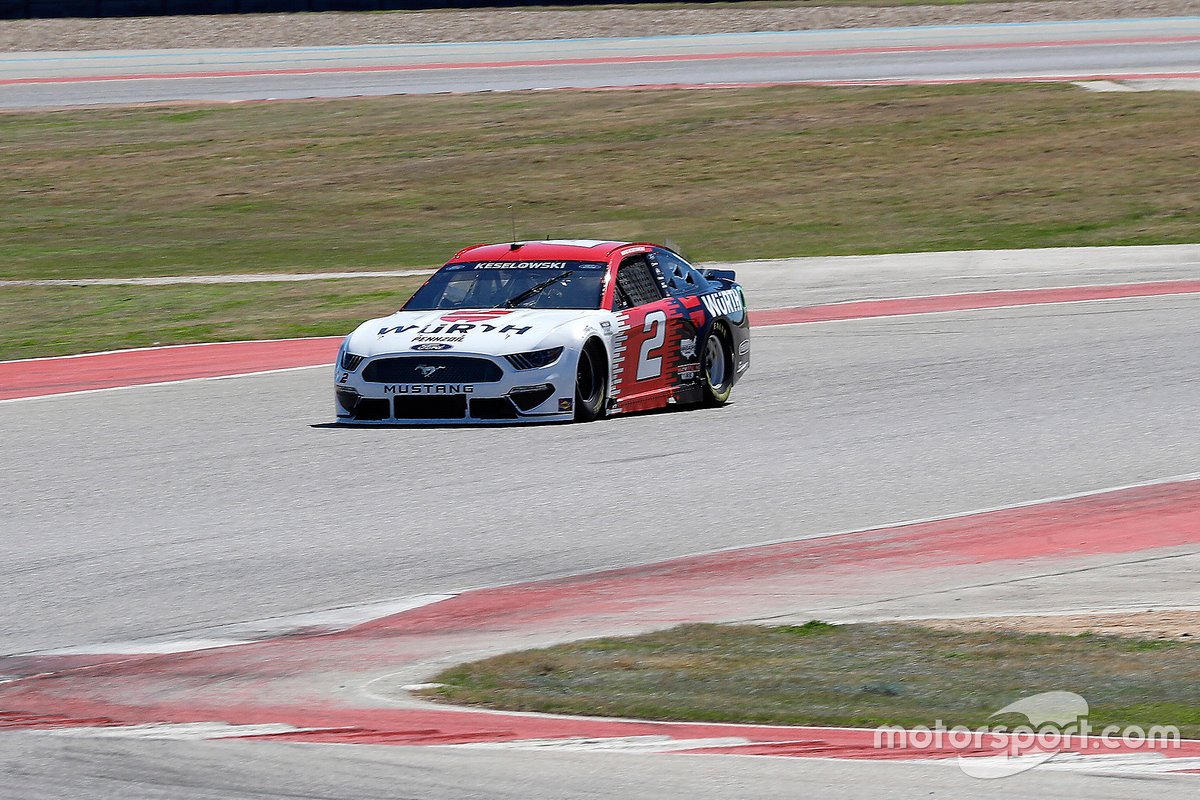 “No, it’s not the ‘ooohhhs’ and ‘aaahhhs’ of going through the esses at however fast those guys go, but I do think the racing’s better to watch, and I think that’s what’s made NASCAR popular over the years, and I’m not sure why that would be any different here.”

Truex said his first laps around COTA left him with a good impression and a lot of questions.

“Really all the turns for me this morning were like, ‘OK, this is pretty cool; this is going to take a lot of figuring out.’ Like I said earlier, my learning curve was really steep,” he said.

“I’ve had no practice. I’ve never seen this track before, never watched a race here before.

“I literally watched five minutes of in-car footage last night, I think it was a Porsche going around this place, and I was like, ‘OK, this looks pretty straightforward.’

"Then you get out here and you’ve got the elevation changes. You’ve got the blind corners. Those are the things that take time to learn because you’ve got to go off of instinct more than what you’re seeing.

“It takes over two minutes to get around here, so if you make a mistake, you’ve got to wait two minutes to correct it, and you can’t forget it when you come back around. It was interesting to do that and a lot of fun to do that.”

All drivers will see some track time before the inaugural NASCAR races in May.

The COTA race is one of several this season where drivers in all three series will get on-track practice time and a qualifying session during the race weekend.