OPINION: The world of NASCAR has been brought to Netflix in its new sitcom The Crew. JAKE BOXALL-LEGGE takes a look..

Television executives must have fielded pitches for every conceivable workplace comedy. Following the success of The Office (on both sides of the Atlantic), the likes of Brooklyn Nine-Nine and Parks and Recreation have both commanded legions of fans and airtime across the world. Adding to the extensive list of workplaces, a down-on-its-luck NASCAR outfit now gets its own send-up in Netflix's new series: The Crew.

Set within the workshop of the fictional Bobby Spencer Racing team, a once-successful NASCAR Cup team now swimming in its own mediocrity, The Crew follows the exploits of crew chief Kevin Gibson (played by Kevin James) who runs the shop floor for the retiring Bobby Spencer. Spencer, who cuts a Colonel Sanders-like figure with his country shirt and bolo tie, opens the series by handing over the reins of his team to his commercially astute daughter Catherine (Jillian Mueller).

Elsewhere in the ranks, Harry Potter and Bridgerton actor Freddie Stroma is the pacey, yet vapid and slow-witted lead driver Jake Martin, and Whose Line Is It Anyway? regular Gary Anthony Williams plays enigmatic mechanic Chuck. The cast is at least loaded with known quantities.

Fox Sports' coverage of the Daytona 500 placed James front and centre in its pre-race coverage, and duly littered the race with adverts for The Crew. In that, NASCAR's thrown its considerable weight behind the project, thus the show gets a certain level of access to drivers and sponsorship, with product placement more prevalent than ants at a picnic. In good grace, it does at least poke fun at that in one of the episode's cold opens, but the quantity of dreadful beers fighting for screen-time throughout is distressing at best.

NASCAR is, of course, no stranger to screens outside of broadcast races. The cult successes of Days of Thunder, Talladega Nights and Logan Lucky have used the stock car championship as a plot point to varying degrees. 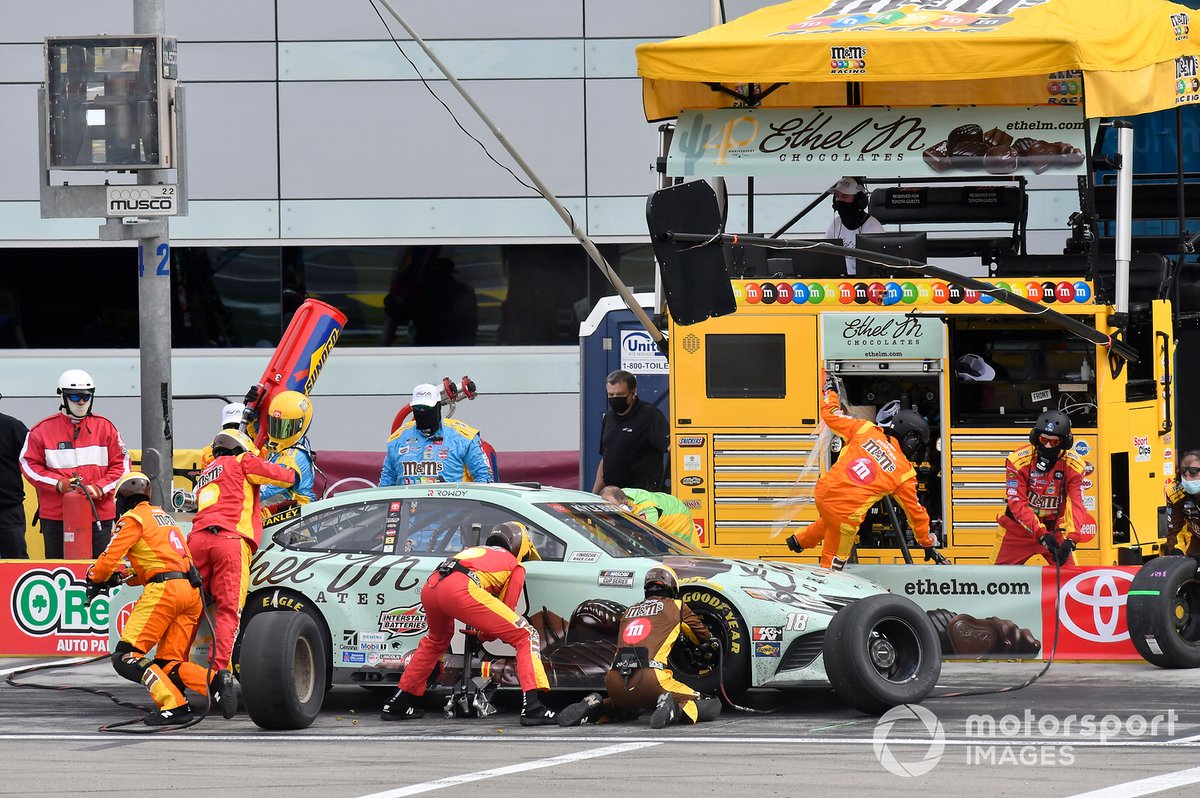 But the translation to Netflix comedy series is altogether less successful; although it's a clear part of The Crew's premise, it feels as though many of the characters' interactions are boilerplate conversations that could be transposed to any middle-of-the-road US sitcom. Sure, the mentions of NASCAR figures and history keep it in the universe, but it's sometimes too easy to forget that premise during the dialogue sequences.

If it feels derivative of Chuck Lorre's portfolio of middling sitcoms: Two and a Half Men, Mike & Molly and the truly hateful The Big Bang Theory, that's because it is. The Crew has been penned by former Lorre collaborator Jeff Lowell and uses many of the techniques seen in those productions.

The Crew itself chases its tail a bit; James' character is certainly its heart as he's the team's linchpin, but it's hard to really care about the other personas involved

That, sadly, includes a profligate use of canned laughter - there are some solid jokes, but one doesn't need them to be pointed out quite so obviously. The choice of camera shots also adds the same level of atmosphere as those aforementioned shows, adding to the overfamiliarity.

With that NASCAR access, The Crew welcomes a handful of sporadic driver cameos. NASCAR drivers have made on-screen cameos before in the aforementioned Days of Thunder, Talladega Nights and Logan Lucky, but rarely interact with the leading characters quite so palpably - unless, of course, you include Dale Earnhardt Jr's attempts to snare an autograph from Ricky Bobby in the second of those.

In the second episode, Austin Dillon and Ryan Blaney trade barbs with the main cast in a sports bar - and take great delight in pointing fun at themselves - but those cameos are few and far between, especially given Blaney possesses some good acting chops, later appearing alongside Cole Custer in the same bar. 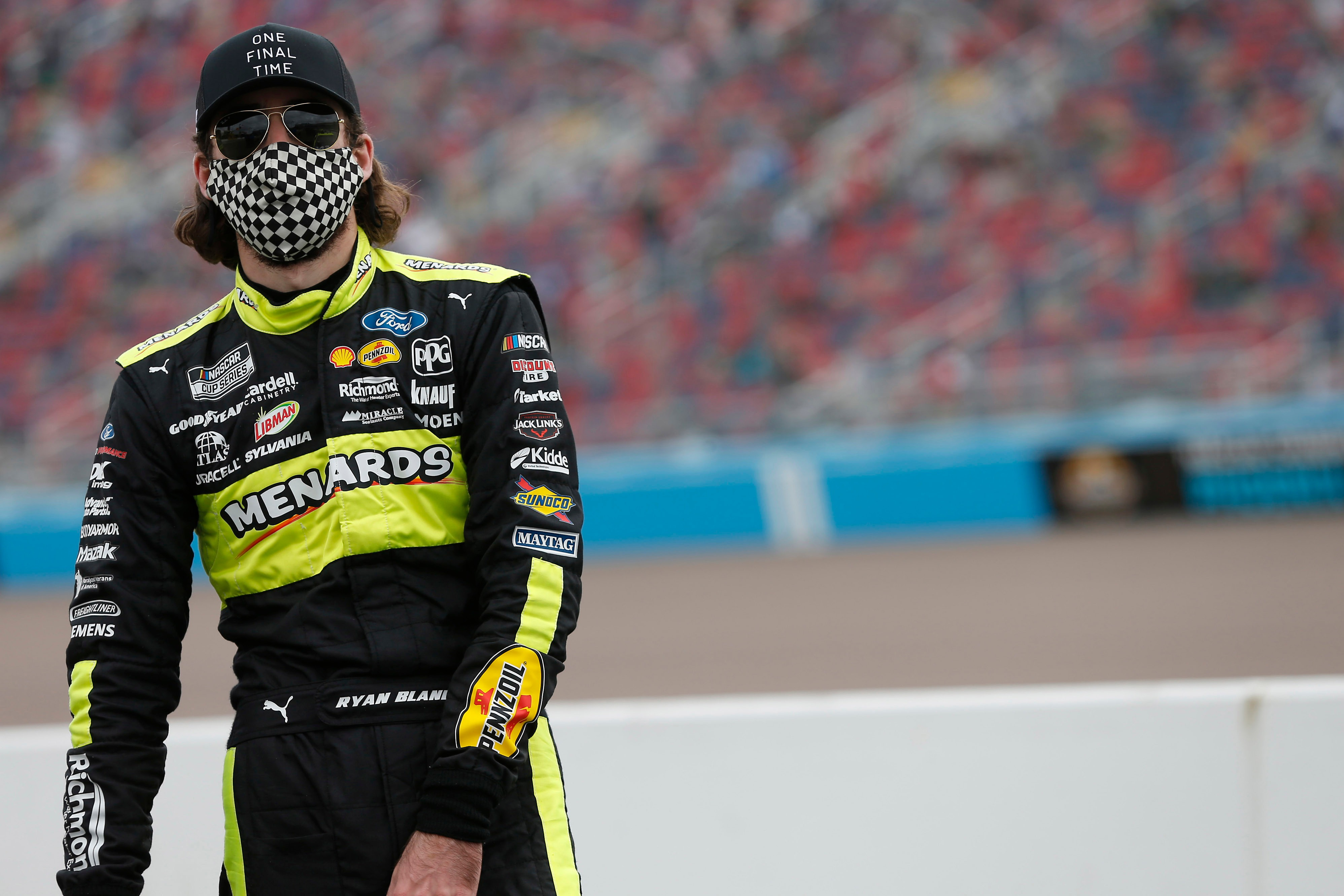 Of course, there's the time-tested plot point of heads butting; Catherine's new, business school-sharpened methods to invigorate the team treading water are met with resistance from old-school Kevin, because it wouldn't really be a show if everyone agreed on things. Despite arguments over switching lead sponsors to a mushroom-based meat substitute manufacturer (because the idea of a Quorn proxy is just so NASCAR) and other bog-standard workplace dramas, the team slowly becomes less abject as the series progresses.

But The Crew itself chases its tail a bit; James' character is certainly its heart as he's the team's linchpin, but it's hard to really care about the other personas involved. Admittedly, the driver cameos are fun and it's nice to pick out familiar faces, but it's also very clear that they're nothing more than lip service to the NASCAR-themed premise.

Overall, The Crew is just okay; it's not ground-breaking in the slightest, but instead serves as a cookie-cutter US sitcom which will someday become relegated to 3pm reruns on Comedy Central. It's not Seinfeld, and it never will be - instead, The Crew is a middling 17th-place finish at the Michigan 400. And, disappointingly, it seems to be okay with that.