Larson saved enough fuel to make it to the end as Sunday’s Ally 400 ended with a 68-lap green-flag run – the longest of the race, and took the checkered flag 4.335 seconds ahead of Ross Chastain, who reached the runner-up spot in the final laps.

The #5 Hendrick Motorsports driver finished third in the opening stage of the race, following Chase Elliott and Kurt Busch into the following caution period, but on the restart Larson picked up the lead.

With 30 laps remaining in the second stage, Larson had opened a 3.5-second lead over Ricky Stenhouse Jr but, on lap 173, Cole Custer appeared to blow out a brake rotor which started a fire in his right-rear wheel well.

The lead-lap cars all pitted, with Chase Briscoe the first out of the pitlane with a two-tyre pit stop, but Larson passed Briscoe with three to go and held off Austin Dillon to claim the Stage 2 win.

Ryan Preece suffered a brake rotor failure in the final stage and spun, which brought out the ninth caution of the race.

Larson remained on the track as a handful of cars pitted, remaining in the lead when the race returned to green on Lap 203. He was followed by Byron, and the two slid up together in Turn 1 - but Byron was able to retain control of his car and Larson held the lead. 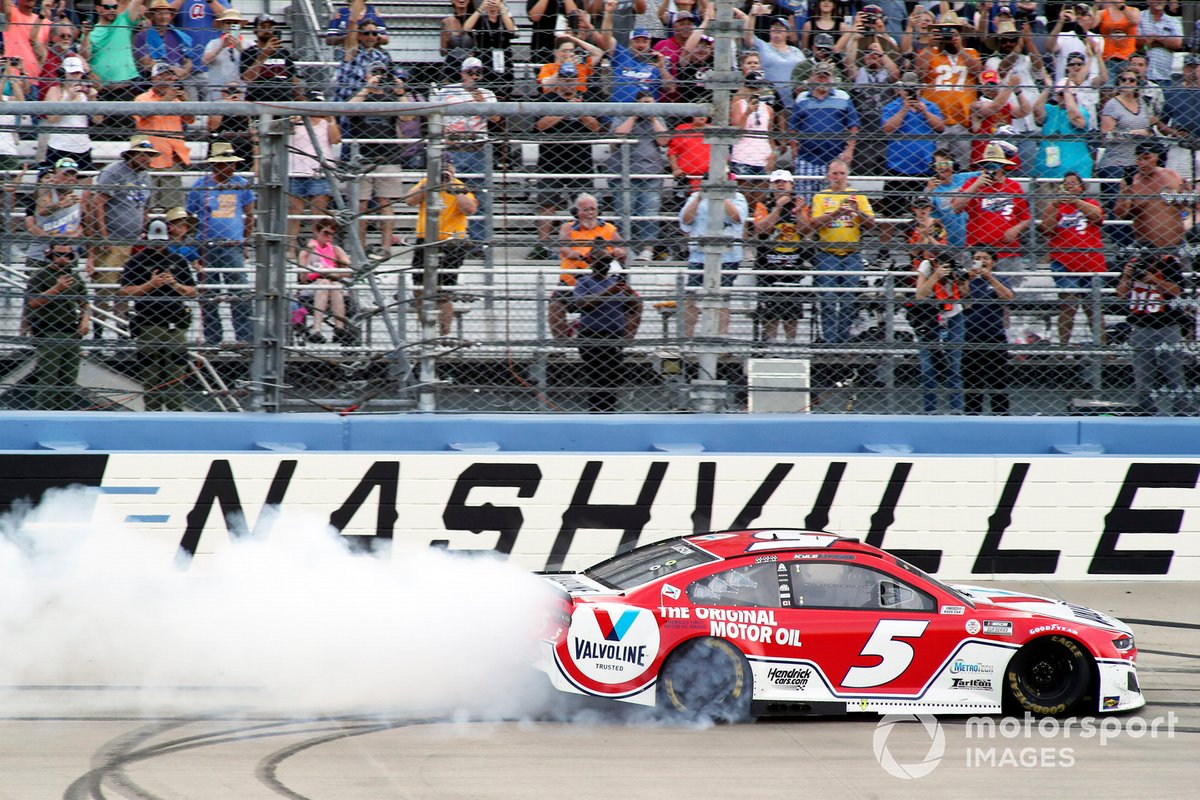 But after Bubba Wallace spun off at Turn 2 after contact with Michael McDowell and slid through the infield grass, a further caution was produced; most of the lead-lap cars pit but Chastain remained on the track and inherited the lead.

Chastain was followed by Larson, Kevin Harvick and Byron, but Larson quickly powered by Chastain to reclaim the lead as Byron moved into second.

With 40 laps remaining in the race, Larson had a lead over William Byron of around four seconds, which continued to grow.

With five laps remaining, Chastain had moved into the second spot, but trailed Larson by 5.6 seconds - and although the Chip Ganassi Racing driver cut the gap, Larson proved imperious.

The win is Larson’s fourth of the season and fourth victory in a row counting his win in last weekend’s non-points All-Star Race - and led 264 of the 300 laps.