Kyle Larson suffered a painful defeat in the Pocono opener with a tyre puncture on the final lap to hand the NASCAR Cup win to team-mate Alex Bowman.

Larson had worked furiously late in the race to get around Bowman, who had grabbed the lead on a restart on Lap 112 of 130.

Larson finally got in front of Bowman with four laps remaining and appeared to be on his way to his fifth win of the 2021 season when he suddenly slowed exiting Turn 2 of the final lap with a flat left-front tyre.

Larson’s #5 Chevrolet ended up slamming into the Turn 3 wall and Bowman cruised by him to pick up the victory in the first race of a double-header at Pocono Raceway.

Bowman’s win is his third of the season and ends a four-race winning streak by Larson, who had won three points races and the All-Star Race over the past month, with Larson eventually making the finish down in ninth place.

"I hate to win one that way, but hell yeah, I'll take it," Bowman said. "Man, we kind of gave the lead away. [We] were on two tyres, just got super-tight. Tried to hold [Larson] off as long as I could. Can't say enough about everybody at Team Hendrick right now, body shop, engine shop, chassis shop. Top to bottom, everybody is putting race cars on the race track.

"We didn't run that good all day, so I'm kind of in shock. I don't know what to say to you guys. Hell yeah, so cool to see all the fans out here. It's a cool place day, beautiful weather, great day for a race. Heck, yeah, I'll take it." 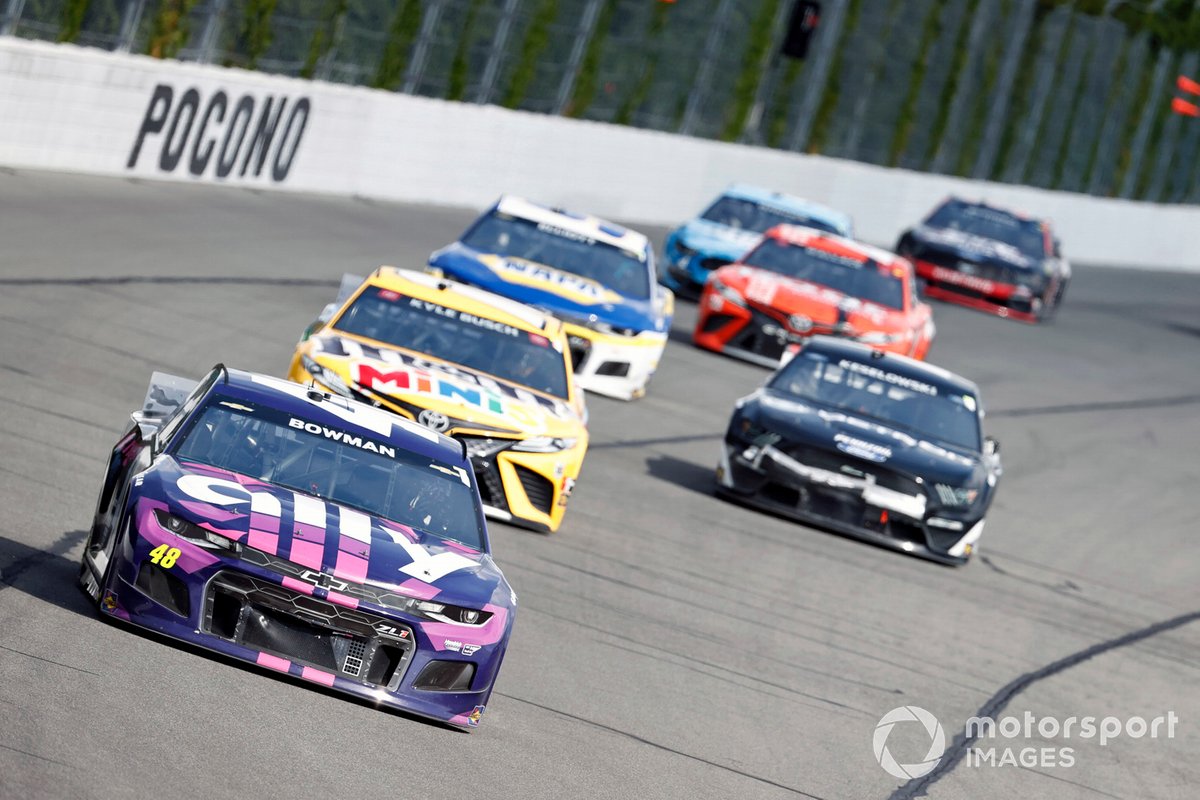 With Larson fading down the order it promoted a bunch of runners up a spot, with Kyle Busch taking second place for Joe Gibbs Racing.

Further frustration will follow for Larson because he will have to move to a back-up car, meaning he will have to start from the rear of the field in Sunday’s second race of the double-header.