Keselowski led laps during the race at Kentucky last weekend, using a two-tyre pitstop strategy to jump long-time race leader Martin Truex Jr after picking up an earlier penalty for speeding on pitroad.

He was eventually reeled in by Truex and Penske team-mate Ryan Blaney and finished third.

The 2012 Cup champion has taken five top five finishes as part of 11 top 10 results so far in '18, where only eight drivers have won races, with 14 of the 19 victories split between Martin Truex Jr, Kevin Harvick and Kyle Busch.

Keselowski reckons that running with NASCAR's dominant trio means he is now close to a breakthrough.

"We've been good, not great, this year, and this is a sport of great," he said.

"You've got to be great to win. This is the closest we've been to great this year on the mile-and‑a‑half [tracks].

"We can see the end of the tunnel, and we're just 20 yards away. It's just a matter of getting there, not taking a step back and taking a step forward.

"We ran second behind Martin at the start [in Kentucky] and I felt like we were a little bit better than him at the beginning of the race, and as we transitioned into the night, we kind of lost a little bit of speed. 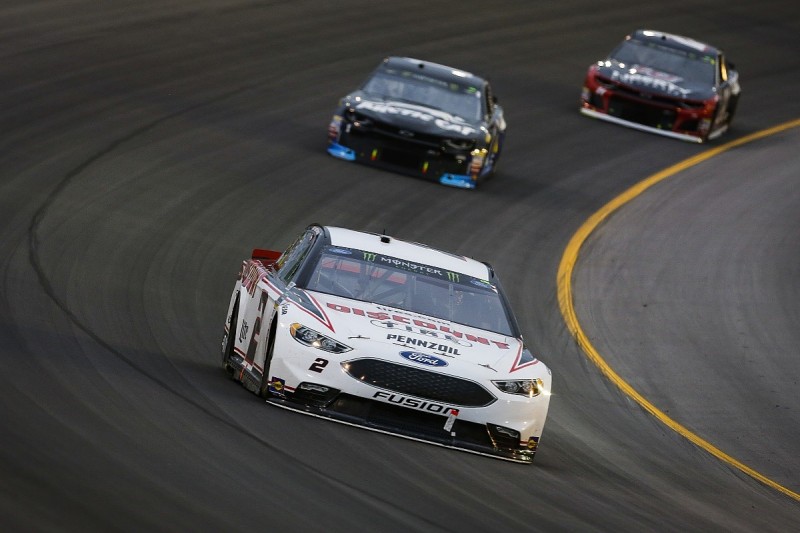 "I got the pitroad speeding penalty, which was a real kick in the you‑know‑what track position‑wise, and my crew chief Paul Wolfe made a good call to get us some track position back.

"We took the lead there [after the second stage] and were trying to just run as fast as we could, and Martin just ran us down and got by us pretty honest, so he was just super strong, and that was all we had.

"We've been right in that fifth to sixth place range, but I feel like when they drop the green the leaders just drive away from us, and, at least at the start of the race, we were able to run with Martin.

"That's still as fast as we've been on a mile‑and‑a‑half oval this year, and that's something commendable for my team, and I just wanted to make sure they got that recognition."