Joe Gibbs Racing Toyota driver Hamlin reported that he struggled to stay in the draft during Thursday night’s Duel race.

This was after he’d spun entering the pit lane, meaning he starts deep in the pack in 30th position for the first points-scoring race of NASCAR's Next Generation era.

“There’s a lot of factors that goes into cars losing the draft,” said Hamlin.

“I tried my best – I lined up and did everything I was supposed to do. I was at the tail end – this is once I got lapped by the Toyotas because I was trying to push them forward – and I couldn’t hang on.

“There’s nothing I could’ve done short of telling the person in front of me where to run on the racetrack to allow me to stay in there, but you can’t do it.”

Hamlin explained that four cars is the ideal number for a small pack to pull away from those behind. On new tyres, cars will stay connected in a powerful long drafting line, but over a longer stint those at the back will gradually fall off the pace.

“These cars lose so much engine power behind others,” Hamlin added.

“It’s tough. It looks like four is the number. You can stay in the tail end of the four-car [draft], but once it gets to five the speeds kick up where that last car is really in trouble. 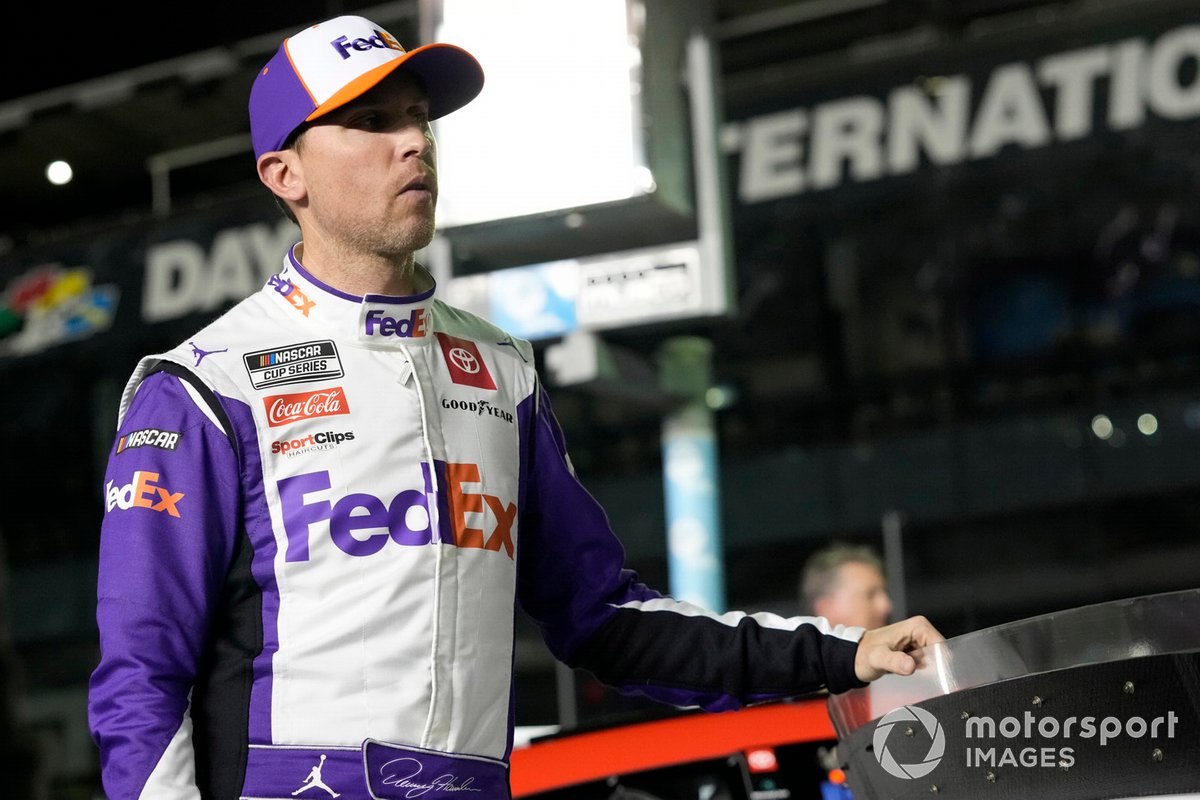 “While we can say that the race can look like this or that or there’s only half the field [in the Duels], I do think a lot of the elements that you saw [on Thursday] will happen on the Sunday where the field gets strung out pretty wide.”

During Daytona Speedweeks so far, Ford has impressed the most of NASCAR’s three manufacturers by topping all practices so far and winning both of the Duels that ran green for almost their entirety.

Each of those races was decided between a four-car pack of Fords, and Hamlin added that manufacturer-specific designs plays a key role in how hard drivers can bump draft each other.

“Every manufacturer is different,” he said.

“A lot of it is shapes of cars. As you know the sides of these cars, the bumpers of these cars look a lot different for each manufacturer.

“All of them will be able to bump draft or push draft or whatever differently.

“I don’t know that you could really throw a blanket statement over all of the cars because they are so different, but certainly some bodies lend themselves better to this type of racing than others.”