Daytona 500: Eight NASCAR Cup drivers will go to back of grid

Penske's Brad Keselowski, who won Daytona's non-points Clash race last weekend, is one of several who will be sent to the back of the grid when the green lap is shown for the 500 due to a car swap prompted by Duel damage (pictured below).

Chip Ganassi Racing's Kyle Larson, Matt DiBenedetto and David Gilliland will also drop to the back. 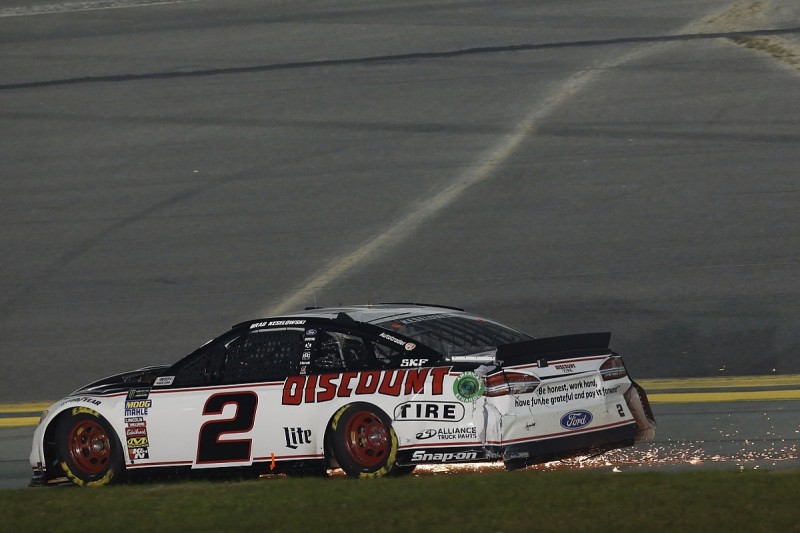 Under NASCAR rules, Keselowski, Almirola, DiBenedetto and Johnson would usually be sent to the rear of the grid at the next race at Atlanta too for taking new engines, but under what is known in the series as 'directors' discretion' they will not take that penalty.

The final practice sessions for the 500 will take place on Friday and Saturday with seven drivers serving 15-minute penalties on Friday.

Danica Patrick, ahead of her final NASCAR race, will be one of those sitting out a portion of the session for failing to make inspection on time.

Can the Mercedes of NASCAR be stopped?