Brad Keselowski says being in 2017 NASCAR Cup championship contention is a "strange feeling", as he felt he had better pace when he missed out between 2013-16

Keselowski won his only Cup crown so far in 2012 but did not make it into the Chase group of title contenders in his championship defence season.

This season is the first time he has reached the final four since the current winner-takes-all format came in for 2014.

But the Penske Ford driver says that his form over the previous three years shows he was arguably a stronger contenders in past seasons than in 2017.

"I feel, in a lot of ways, that we were more competitive the last three years than we have been this year, and we didn't make the final four," said Keselowski, who did not win a race in the 'round of eight' stage but made the cut via his points tally.

"So in some ways, it almost feels like there's a bit of divine intervention with the way everything went last week to be where I'm at here today, and I'm hoping that we can see that through."

Keselowski believes it is tough to read into the pecking order ahead of the Homestead finale, despite Kevin Harvick tipping Martin Truex Jr and Kyle Busch as favourites.

"I'll have a much better answer for that Saturday after all the practice is done," he said.

"Sitting here in this moment right now, it's kind of like everybody's got a poker hand and we haven't seen any cards.

"The cards will start to get played Friday, and then with qualifying Friday night and again on Saturday with race practices and happy hours and so forth.

"I need to see some more cards before I can tell you." 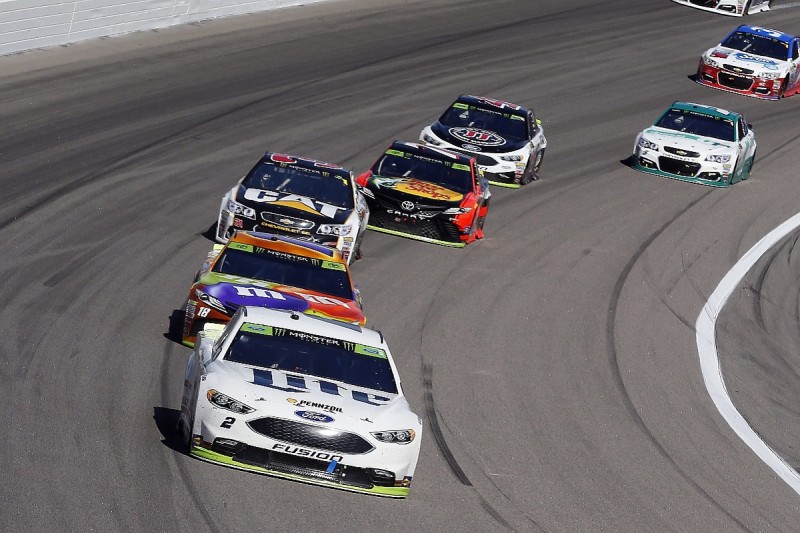 Keselowski says he is unsure on whether he will be able to win on pure pace or whether he will need a clever strategy, having previously complained that Toyota had an advantage over Ford and Chevrolet.

"This is a very dynamic sport," he said. "Although it may not seem like it until you step away from it, things change all the time.

"If we looked at the mid-part of the season and tried to draw some conclusions [on pace], absolutely not.

"If you looked at the start of the season, we won Atlanta and probably should have won Vegas [an engine problem on the penultimate lap lost him the lead] and on the first two mile and a halfs, you'd say, yeah, definitely.

"And then if you kind of rewound to Texas and Kansas, you could probably make an argument that we were within range. Certainly not enough to dominate.

"So I don't know what we're going to have this weekend. There's quite a bit of unknown for everyone, and the racetrack will answer it for us piece by piece."