Dale Earnhardt Jr admits he is "anxious" to see how he will fare when he returns to NASCAR this year, after missing half of the 2016 season due to concussion

The Hendrick Motorsports driver withdrew from the Loudon race in July with what he initially attributed to allergies or a sinus infection.

However tests revealed he sustained a concussion in an accident at Michigan a month earlier, and - having missed two races in a similar manner in 2012 - he ended up sitting out the rest of the season.

Set to return in the Daytona 500 next month, the 42-year-old is unsure how quickly he will get back up to speed in the Cup Series.

"You hope you can come back and jump right back in and not miss a beat," Earnhardt said.

"But this is the top series and any time you're away you're getting behind.

"I'm really anxious and curious where we shake up early in the season, how competitive we can be, what - if any - learning curve there is for me.

"We'll figure all that out."

Assured by doctors he would be able to race again during his recovery, Earnhardt admits is glad he ultimately got to make the call over continuing his in-car career. 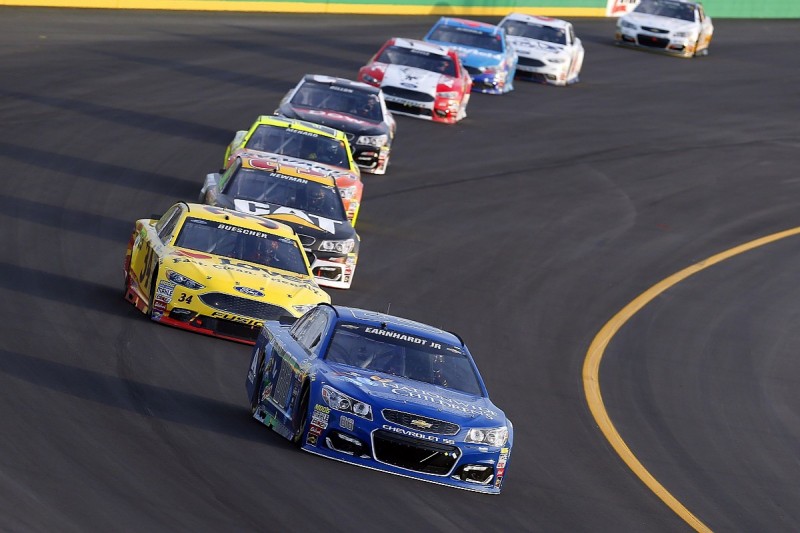 "To get approved to race is one thing but to decide to race is another," he said.

"Mentally, you have to make the decision if you want to keep racing.

"This is the top, elite series in motorsports in North America and if you're going to be out there you can't do it without 100%.

"I had to ask a lot of personal questions of myself, just really buy in.

"All of that was a really big process and I'm really happy with what I've decided to do.

"Being out of the car made me anxious to get back in.

"I got real close to not being able to compete and it being someone else's decision whether I competed or not.

"People have asked me since I turned 40 when I would retire and all I wanted to do was make that choice myself."