Waltrip stepped back from full-time competition to concentrate on team ownership prior to the 2010 season, having been a Cup series regular since 1986.

He continued to make occasional starts - including at Daytona - after his Michael Waltrip Racing team shut down at the end of 2015 and while becoming a NASCAR television analyst with Fox.

"The Daytona 500 in a lot of ways defines a racer's career and I am proud to have been able to win our sport's most prestigious race twice," 53-year-old Waltrip said.

"I have experienced the highest of highs and the lowest of lows at the 'Great American Race'.

"But when you are a NASCAR driver who has the privilege of racing here, you love Daytona no matter what happens.

"In my 30th and final Daytona 500, I am just going to enjoy every moment and be happy that [sponsor] Aaron's has given me one more opportunity to hoist the Harley J Earle trophy."

Waltrip will drive a Premium Motorsports Toyota for his final appearance, reuniting with the team he took to 12th place in a one-off outing at Talladega last year. 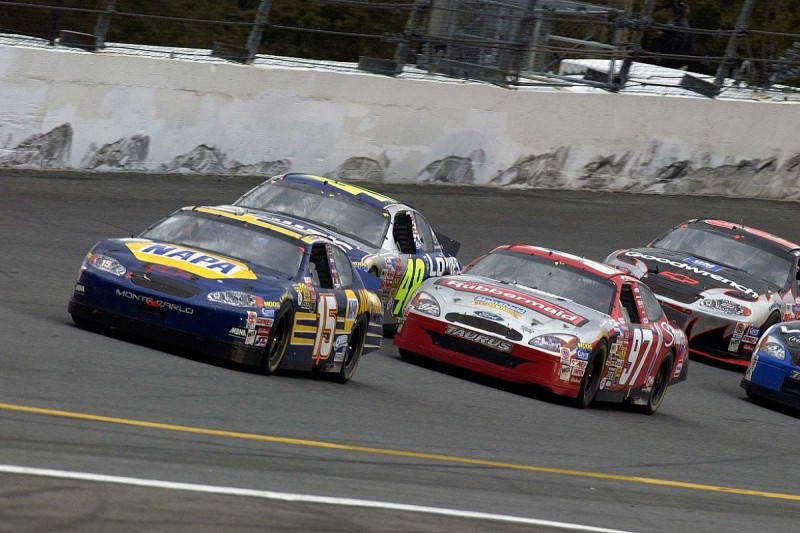 All four of Waltrip's Cup race wins came in restrictor-plate events on superspeedways, three of them at Daytona and the last at Talladega in 2003.

He took his maiden triumph in the 2001 500 for Dale Earnhardt's team, in the same race in which Earnhardt was killed in a final-lap crash.

Waltrip ended up spending five seasons with the DEI squad, winning at Daytona again in the summer 2002 race before adding his second 500 triumph in the rain-halted '03 event (pictured above).