The Hendrick Motorsport driver cleared Denny Hamlin following a push from Clint Bowyer in a green-white-chequered finish and fended off a side-draft from Martin Truex Jr to lead home Chase Elliott and secure his place in the final 16.

Byron had earlier got himself into the lead pack with a daring three-wide pass to split Joey Logano and Bubba Wallace, moments before Logano's tyre went down from earlier contact with Wallace and resulted in a pileup that eliminated several cars from the race.

"There was a point in that race that I didn't really think things were going to work out in our favour to make the playoffs [and] really have an opportunity next week," said 2017 Xfinity Series champion Byron.

"[We] kind of crossed that fork in the road tonight, we were able to be aggressive and make it happen.

"The final probably 10 laps of the race I was on offence, trying to just win the race and take whatever run I could.

"Luckily was able to make the moves that I needed to, got just enough daylight between (Logano) and (Wallace) to kind of split that gap.

"From there, the final restart got a great push from [Bowyer]. I was fortunate that things worked out to where I had [Elliott] with me on the last lap, was able to make it work." 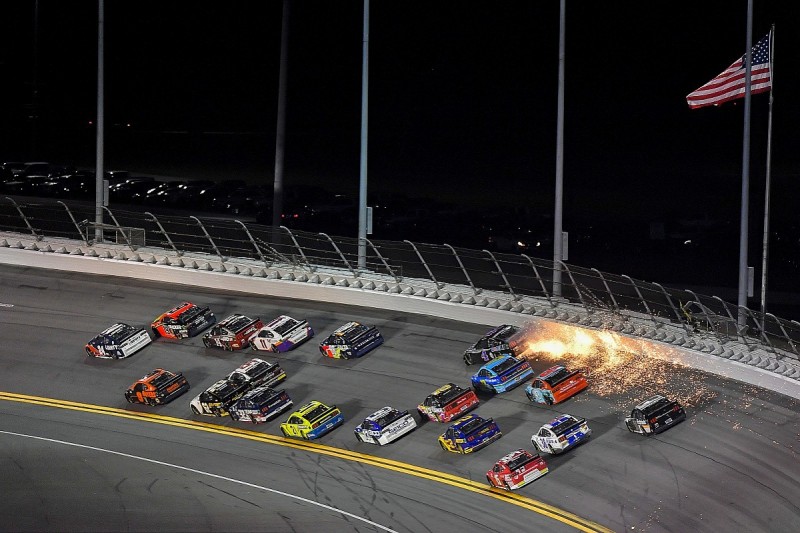 Byron entered the race in 14th with a chance of making the playoffs based on points, but the unpredictability of restrictor plate racing made winning the event the only guarantee to compete for the series title.

"When you're at a superspeedway, the running order changes every two laps practically, it's incredible to put that much pressure on a couple of points.

"You really can't points race, which I think is probably what they want us to do.

"They want us to go for wins, try to compete hard.

"It was a perfect format for that, it really forces your hand to go for the win."

Byron was joined in the playoffs by Matt DiBenedetto, who barely escaped getting wiped out in a late-race wreck to finish 12th and deny eight-time champion Jimmie Johnson a place in his final full-time season by just six points. 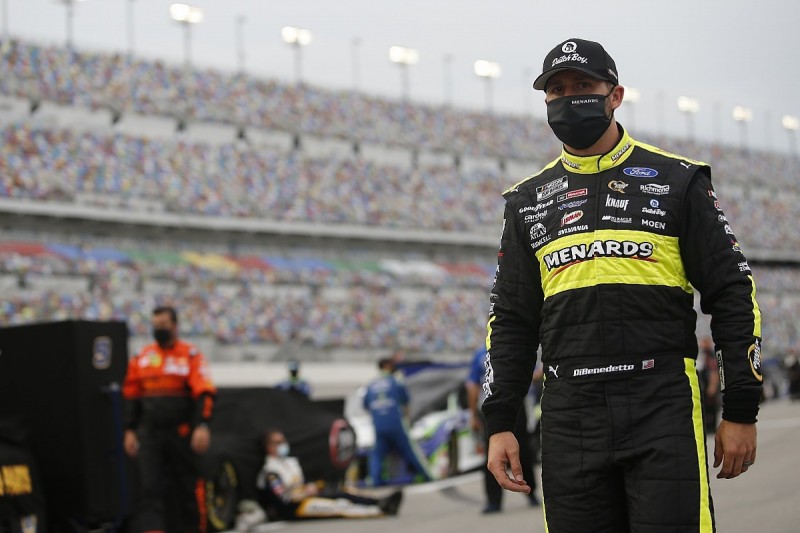 The Wood Brothers Racing Ford driver said he was "mentally worn out" by the pressure of securing his spot, having entered the race 13th in the standings.

"It was too eventful, I'm mentally worn out," said DiBenedetto, who had never previously finished better than 22nd in the Cup Series standings.

"This means so much to get this for [the Wood Brothers].

"I'm glad we were able to take it home because I wasn't happy with the finish.

"But I came in here saying I just wanted to make these playoffs and the finishing position didn't matter too much.

"My career has been one I had to fight, claw, scratch for everything and it makes me so appreciative."