On Tuesday Hendrick Motorsports announced Byron will stay with the team through until at least the end of the 2022 season, having signed a contract extension on 8th August.

HMS originally signed Byron in 2016 and moved him into the NASCAR Xfinity Series with JR Motorsports in 2017, when he won four races and the season championship in his rookie year. Hendrick then moved him full-time to the Cup Series in 2018.

In 98 career starts in the Cup series, Byron has one win, five poles, seven top-five and 26 top-10 finishes. He finished a career-best 11th in the drivers' standings last season.

In his only full-time season in Trucks in 2016, Byron won a series-best seven races. He also won a K&N Pro Series East (now ARCA East) championship in 2015.

"It's been a fun ride so far with Team Hendrick and I'm excited to finally share that I'm signed up through 2022 in the No. 24!" Byron tweeted. "Thanks for all the support. Now let's go to Darlington and lock ourselves into the next round of the NASCAR Playoffs.

"Hard to believe it's already been four years since Mr. H took a chance on me. I appreciate all the opportunities he's given me!" 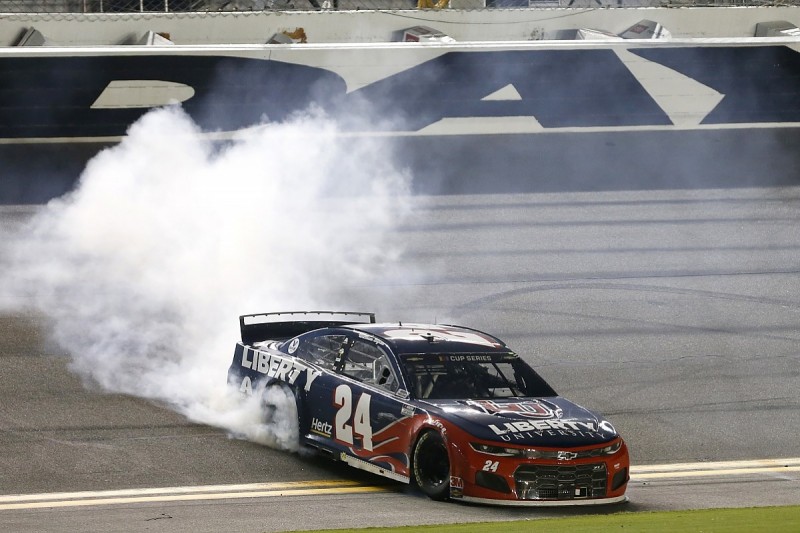 Hendricks Motorsports has already secured Chase Elliott on a long-term deal, having signed him up with a four-year extension back in June 2017 to keep him at the team through 2022. Alex Bowman has also been tied down for another season in the No. 88 Chevrolet.

It means all attention will turn to the No. 48 and who will replace Jimmie Johnson with the seven-time champion calling time on his full-time NASCAR career at the end of the season.

Johnson missed out on the playoffs last weekend after being taken out in a late race pile-up that limited him to 17th place in the final results in the race won by Byron.