Kyle Larson says he must be "smarter" when he has a car capable of strong NASCAR Cup Series results, after winning two stages but falling to 26th at Pocono.

The Chip Ganassi Racing driver started seventh but managed to cycle to the front as various strategies around him played out.

He won both of the first two stages and led the second-highest amount of laps with 35 of the total 160.

But on the final restart, Larson collided with Stewart-Haas Racing's Clint Boywer and hit the outside wall, forcing him to make an unscheduled pitstop that dropped him to an eventual lapped 26th.

"It felt like our team did a really good job of calling pit strategy the first half of the race for those two stage wins," said Larson.

"Our car was really good, especially in that final stage. I just didn't have the track position, but I could pass people when I felt like other people couldn't pass."

"And then, just that restart, I tried to be really aggressive and fit in that hole.

"I haven't seen a replay, but I'm assuming I just wasn't clear and I turned myself in the wall.

"I hate that I did that, but I felt like that was a good opportunity to fit in that hole and just get the run and maybe get by whoever was in front of me because I feel like I had a really good car at the time. 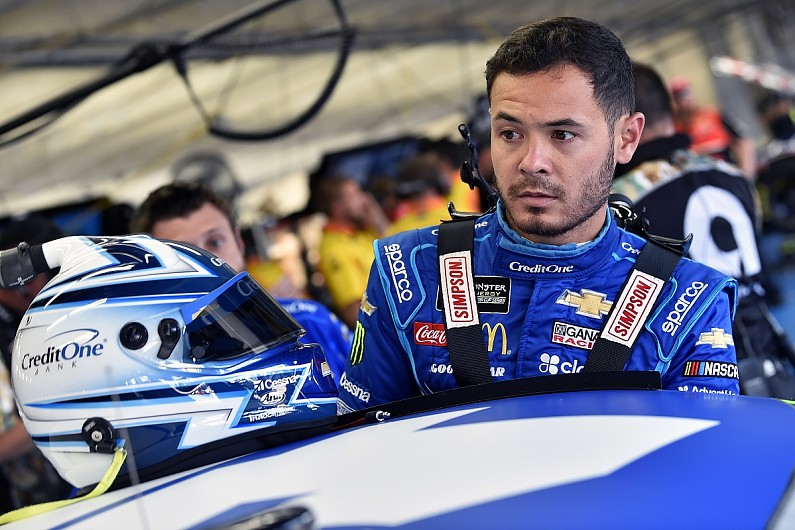 Larson had begun to turn around a difficult 2019 with a third place at Dover and a top 10 finish at Kansas.

He lies 16th in the drivers' standings and has not won a race since the second Richmond race in September 2017.

Larson believes he was on for a top six finish had he not made contact with Bowyer.

"Except for the last one; which was a good restart, I just got overly aggressive there.

"We had a really fast car. I felt like my speed down the straightaways was really good.

"I had good power thanks to Hendrick Engines. I just wish I would have finished out the day good."

"If I had not tried to fit in that hole, I think Clint (Bowyer) finished 5th so I probably would have been around 5th or 6th."