The introduction of hybrid power to NASCAR is "a matter of when, not if" according to Ford Performance's motorsport boss Mark Rushbrook

The series looks to develop a next-generation powertrain from the 2022 season, with plans to introduce a new-specification of car - labelled the Gen-7 - for the 2021 season.

The Gen-7 will feature more single-specification parts as a means of lowering costs and being more attractive to new manufacturers.

Once the chassis side of Gen-7 is finalised for 2021, which should coincide with a revamp of race distances and the schedule, attention will then turn to the powertrain.

When asked if hybrid-assisted engines would play a part in that next generation, NASCAR's vice president of innovation and racing development, John Probst, told Autosport: "That is on the radar for sure. But we're early with that discussion."

"There's a lot of open discussion of hybrids in NASCAR.

Speaking at the Le Mans 24 Hours test, Rushbrook suggested that hybrid power would only be used on suitable tracks, such as road courses and short ovals, both of which would generate the braking energy required to power a KERS-style system.

"It doesn't need to be at every track. If you put a hybrid in for the Daytona 500, where you're wide open throughout the whole lap, it doesn't make sense.

"For a short course like Martinsville or a road course like Watkins Glen, the hybrid makes sense. 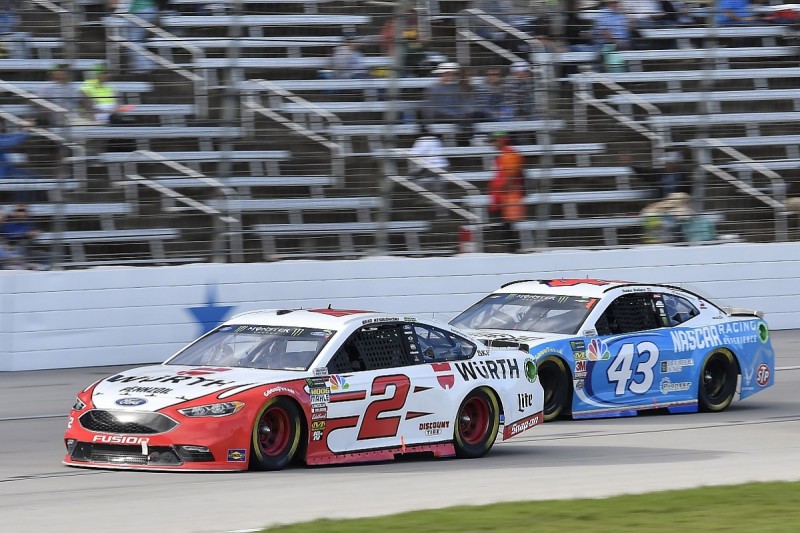 Rushbrook also said that the hybrid would give the extra power required on road tracks and short ovals that would mean the internal-combustion engines would be the same spec at all races.

NASCAR engines are currently restricted by different-sized tapered spacers, that reduces power to 550bhp on superspeedway and ovals longer than one-mile, and 750bhp for road courses and short ovals.

"It would be the same combustion engine with an electric motor added onto it or not," he added.

"In some sense today the series is already there. At the big tracks they run approximately 550 horsepower, on road courses it's 750 horsepower.

"In many ways it would reduce complexity [in] that hybrid in the future would make up that power difference and it would be the exact same ICE at 550 horsepower at all tracks.

"Then the power [would be] added on the short tracks, so you have more air going to the engine when you put on the electric motor. It makes sense."

Last year, Ford driver Brad Keselowski penned a blog suggesting that NASCAR should embrace an F1-style KERS system, stating that it "would be more relevant to the car world than it's ever been."

NASCAR Pocono: Stage-winner Larson must be "smarter" in key moments