Yamaha sent MotoGP engines back to Japan after Jerez troubles

However, the Spanish GP weekend proved to be an eye-opening one for Yamaha, who was found to be 12km/h down in the speed traps relative to the fastest bike - which was the Ducati of Andrea Dovizioso.

Rossi also had to pull out of the race due to a mechanical issue, after his bike went into a safe mode when an alarm was raised.

"I had a problem with the bike," Rossi stated last Sunday, the cause of it still unknown.

"An alert went off on the dashboard and therefore I had to stop.

"Now the boys are looking at what has happened, but it has been a technical problem."

Autosport has learned that Vinales used three of his five allocated engines across the Jerez weekend, while Rossi used two.

An engine from each of Vinales and Rossi's allocation was sent back to Yamaha's base in Japan for inspection.

Yamaha is currently at a loss as to what is causing its issues, and Autosport understands the marque may be considering lowering the revs this weekend as a precaution. 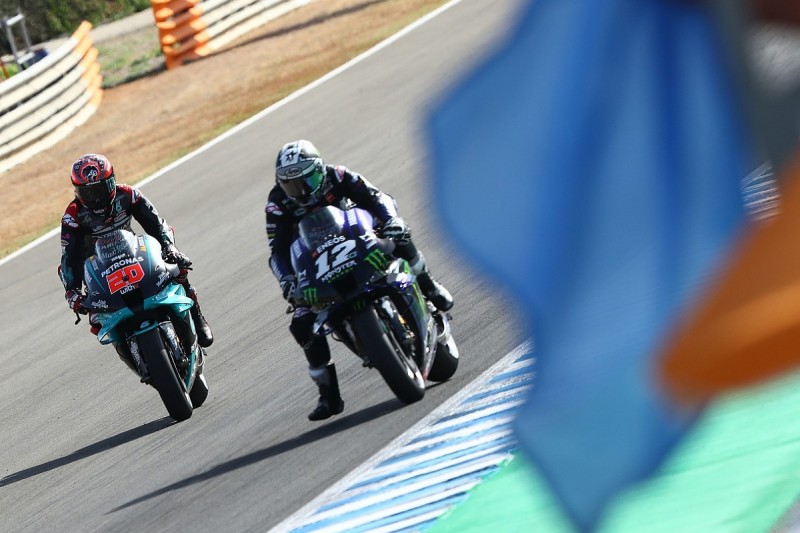 Given Yamaha's current top speed deficit, this could come as a potentially fatal blow to its hopes of a repeat victory - one that would be crucial ahead of the Brno/Red Bull Ring triple-header.

Owing to the shortened 13-round calendar, engine allocation has been reduced to five for the concession manufacturers (Ducati, Yamaha, Suzuki, Honda) and seven for the non-concession ones (KTM, Aprilia).

Should Yamaha find the cause of its problems, it won't likely be able to do anything about it as engines are sealed.

However, Aprilia was granted special dispensation to replace a part on its engine - which Autosport believes was a piston - on reliability, and thus safety grounds.

Should Yamaha's issue prove to be a safety one, there may be a chance for a fix to be made so long as it doesn't improve performance.

The MotoGP rookie who promises a golden future for KTM