Aprilia has announced Maverick Vinales will make his MotoGP race debut with the Italian marque in next weekend’s Aragon Grand Prix.

The nine-time MotoGP race winner announced in June that he would be quitting Yamaha a year earlier than planned as the relationship between both parties deteriorated dramatically across 2021.

At the time it was thought Vinales was heading to Aprilia for 2022, with the marque announcing as such earlier in August.

Vinales was since ousted from the factory Yamaha squad following a suspension from the Austrian Grand Prix for deliberately trying to damage his M1’s engine during the Styrian GP.

The Spaniard made his Aprilia debut at a private test on Tuesday at Misano, and rode the RS-GP again on Wednesday at the San Marino GP venue.

Aprilia has now confirmed Vinales will see out the 2021 season with the team before his full-time debut in 2022, taking over from Lorenzo Savadori – who will race as a wildcard for the rest of the year and return to being a test rider next season.

"We are extremely proud to be able to announce our plans for the current season and for 2022 with the goal of optimising the contributions of our three riders to the utmost,” Aprilia CEO Massimo Rivola said. 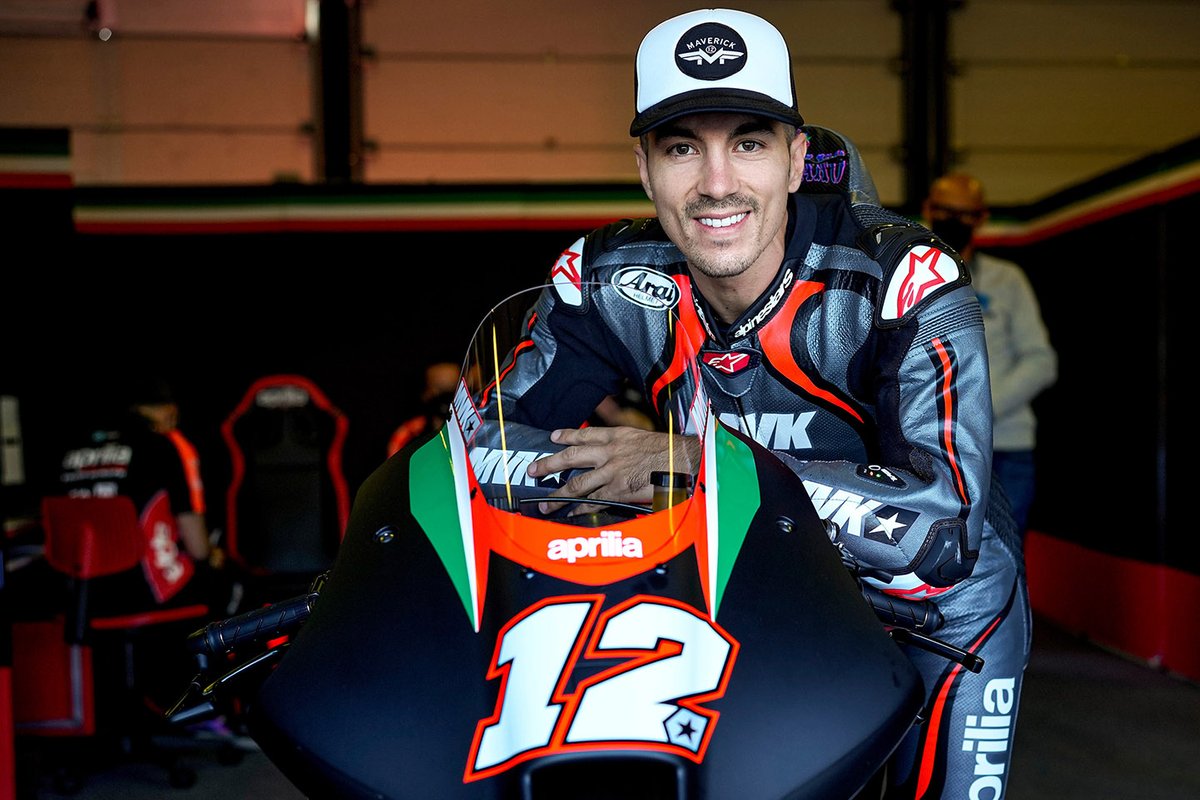 “Alongside our confirmed rider, Aleix [Espargaro], it is our pleasure to welcome a talented athlete like Maverick to the Aprilia Racing team, who demonstrated a great feeling with the team and the bike straight away and who I am confident will be able to give his best as early as the Aragon GP.

“At the same time, we are also confirming Lorenzo’s role as 2022 test rider.

“This is a fundamental position that rewards the great efforts he has demonstrated in developing the new RS-GP, whereas he will finish out the 2021 season taking advantage of the wild cards that we’ll decide on together as soon as he is back to 100% fitness."

Aprilia celebrated its first podium of the modern MotoGP era last weekend at the British GP when Aleix Espargaro finished the Silverstone race in third.

Espargaro and Vinales were previously team-mates at Suzuki in 2015 and 2016.