The Briton crashed in a highside at Barcelona's Turn 2 during the fourth practice session that precedes qualifying on Saturday afternoon.

Smith walked away nursing his left hand, with his little finger thought to have been caught up in the handlebar of his RC16.

After a visit to the trackside clinica mobile, Smith was taken to hospital in Barcelona to have the wound cleaned and assessed by MotoGP surgeon Dr. Xavier Mir.

Keen to race, Smith tweeted that his condition will be reviewed at 8am local time on Sunday, with a decision to then be made.

"His left hand was trapped on the [handle]bar, he doesn't remember exactly what happened, but he has a damaged pinky finger on his left hand anyway and he's re-damaged that finger," Smith's crew chief Tom Jojic said.

"In the medical centre they cleaned it, and had a quick look and x-ray - he's alright and they want to clean it properly.

"So they've asked him to come to the hospital and they're going to clean it and then decide what the best course of action is from there."

While with Tech3 Yamaha, Smith was sidelined for three events last year due to a knee injury sustained in an accident in the Oschersleben Endurance World Championship event.

KTM will stay at Barcelona to test on Monday in the post-race session, and then for two days of private running on Tuesday and Wednesday. 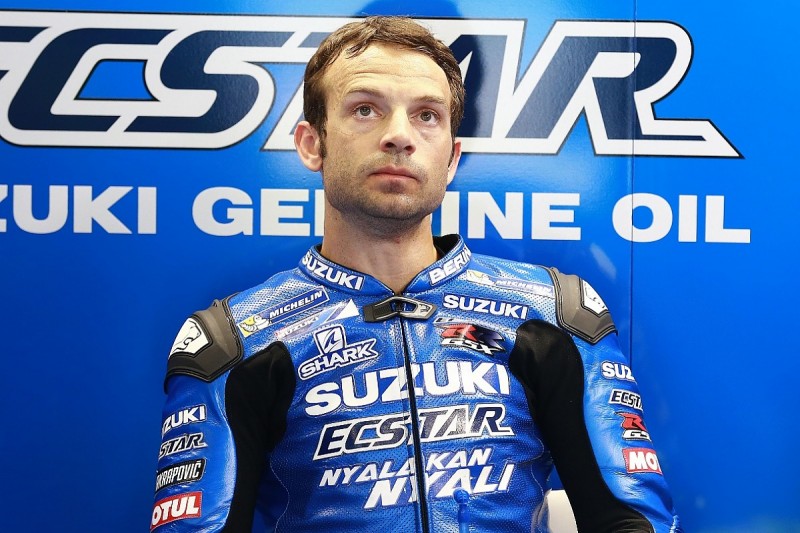 Standing in for injured Suzuki rookie Alex Rins, Sylvain Guintoli also sat out qualifying on Saturday, after the team said an "adverse reaction to a standard medication made him weak".

The French rider, though, believes he will be able to line up on Sunday, before Rins returns in testing this week.

"It's a pity that I wasn't able to take part in the qualifying, as we made solid improvements in the sessions and I felt positive of a good performance," he said.

"I went for a painkiller treatment to my arm, right before the FP4, which is a procedure I have done times in the past, but unfortunately something went wrong and had an unexpected reaction to the medication.

"This caused me to feel very dizzy and together with the team we decided not run in qualifying.

"I'm now already recovering and I hope I will be OK for tomorrow."