As part of COVID-19 cost-saving measures introduced at the height of the pandemic last year, all engine development for non-concession manufacturers (Suzuki, Yamaha, Honda, Ducati and KTM) has been outlawed for 2021 and 2020 engines must carry over.

KTM must observe the same development ban, but has been allowed to build a new engine for homologation as the original rule was written while it was still a concession manufacturer.

Suzuki has new 2021 parts it has been trying in Qatar, including a new chassis and swingarm, but it has also taken the opportunity with test riders Guintoli and Takuya Tsuda to begin testing a 2022-spec engine.

“We’ve started straight away testing quite a lot of new items,” Guintoli said on Saturday.

“And today [Saturday] we also did some more work with chassis. So, a new chassis, new swingarm, a different suspension as well.

“We’ve done quite a lot of work already today, which is very interesting. So, that’s it, flatout straight away and I haven’t ridden in five months. So, I’m feeling it!

“We’re looking for some improvements already in the philosophy that we’ve got, because obviously it’s not working too bad at the moment, the 2020/2021 spec. 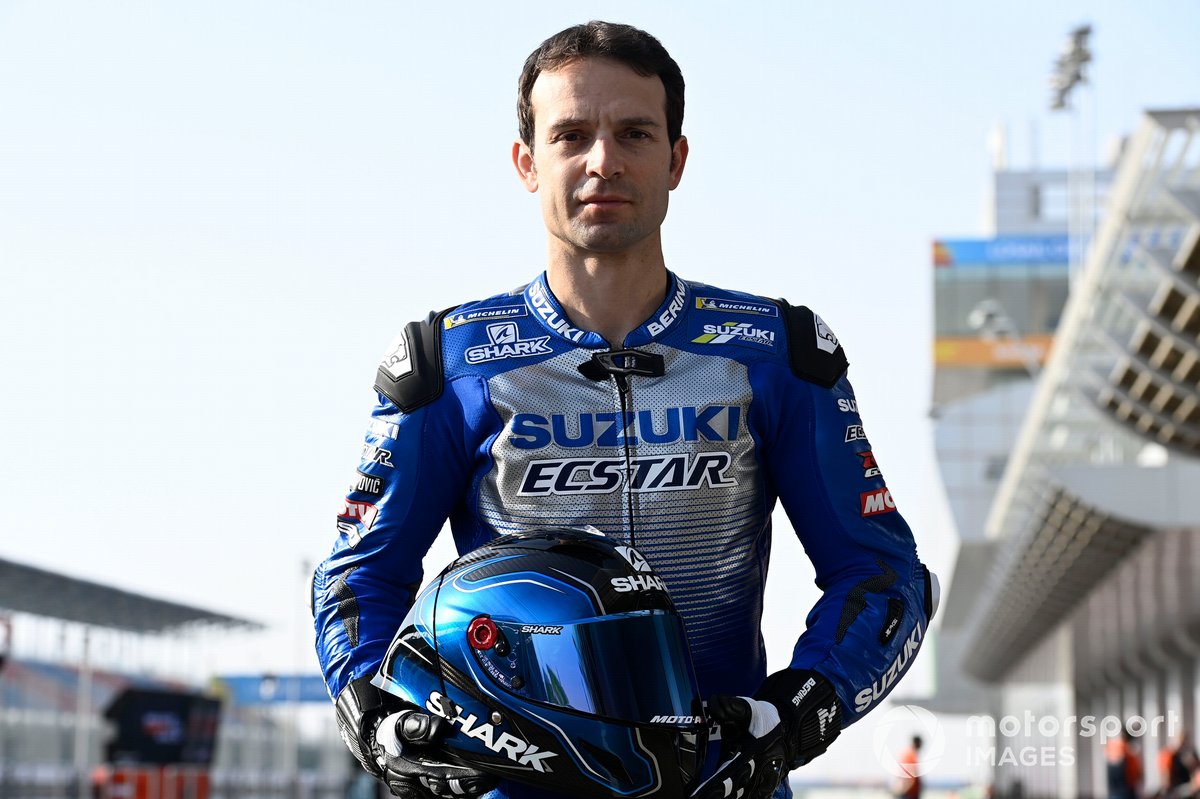 “Obviously, the inline-four is missing a little bit of top speed, so we’re trying to compensate a little bit in that way as well.

“At the moment, because the engine is already very good, it’s not going to be some huge step.”

When asked if developing a 2022 engine could have a negative impact on race riders Mir and Alex Rins, who have just five days of testing available to them before the 2021 season gets underway, Guintoli noted the unpredictable nature of the COVID pandemic meant Suzuki had to use the opportunity presented by the current engine freeze to begin its 2022 work early.

“This year with the frozen engine spec, this kind of allows us work for 2022,” he explained.

“I think that was a very good thing to do, because considering this situation with COVID it’s so difficult.

“I can’t go to Japan to test. So, there’s been some testing there but it’s not the same.

"The few tests we had last year, we tried to use the time as good as possible but working already for the future is really important now because we don’t know what this year is going to be made of as well. We don’t know how many opportunities we’re going to get.

"We need to get stuck in straight away, make the most of our time, be efficient with the track time we have.

“An engine spec is not an easy decision, so we have to get stuck in straight away.”

Suzuki has been caught out by a misstep in engine direction before, when in its first year as a non-concession team in 2017 Andrea Iannone selected the wrong spec pre-season.

The Japanese marque struggled all year and ultimately gained its concessions back for 2018 after a podium-less campaign.