Aprilia’s Aleix Espargaro topped the opening day of MotoGP pre-season testing in Qatar aboard his new RS-GP, while there was a crash for LCR Honda’s Alex Marquez.

Pre-season testing should have started back in February, but the escalating COVID-19 situation in Malaysia forced MotoGP to cancel this and confine all five days of running this winter to Qatar in March.

High winds and dust greeted the field at the Losail International Circuit, with the sub-optimal conditions meaning just nine riders took to the track in the opening hour of running.

Factory KTM rider Miguel Oliveira set the early pace with a 1m57.707s as he had his first taste of the new RC16.

New Honda signing Pol Espargaro was one of the first on the track as he began his learning process of the RC213V, with the six-time MotoGP podium finisher taking over top spot 10 minutes into the second hour with a 1m57.566s.

By the end of hour two, Oliveira had returned to the top spot with a 1m56.980s, with HRC test rider and Marc Marquez substitute Stefan Bradl topping the times after hour three. 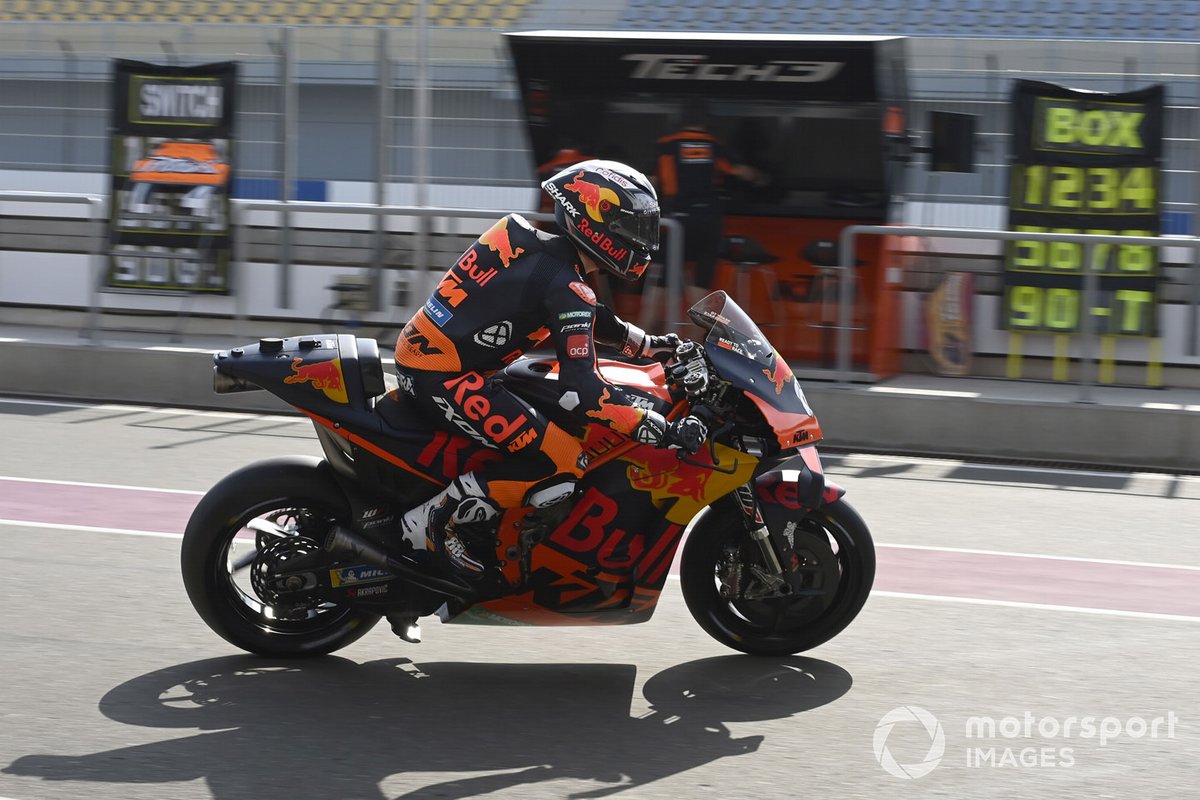 The German has been hard at work testing the 2021 RC213V in private tests already this winter, and was in action in Qatar in the shakedown on Friday.

Aprilia’s Espargaro would round out hour four fastest of all on the all-new RS-GP, the Spaniard firing in a 1m55.239s.

Espargaro was able to take part in the shakedown on Friday, but tyre allocation limits meant he opted against this.

Espargaro would guide his Aprilia to the first sub 1m55s lap of the day with around 90 minutes remaining, the Aprilia rider moving clear with a 1m54.912s, which he bettered on his following lap to a 1m54.687s.

This time wouldn’t be bettered as the session wound to a close, with Bradl holding onto second ahead of reigning world champion Joan Mir on his Suzuki.

He headed Oliveira and Zarco, while Franco Morbidelli was the fastest Yamaha rider in seventh on his slightly updated Petronas SRT ‘A-spec’ M1. 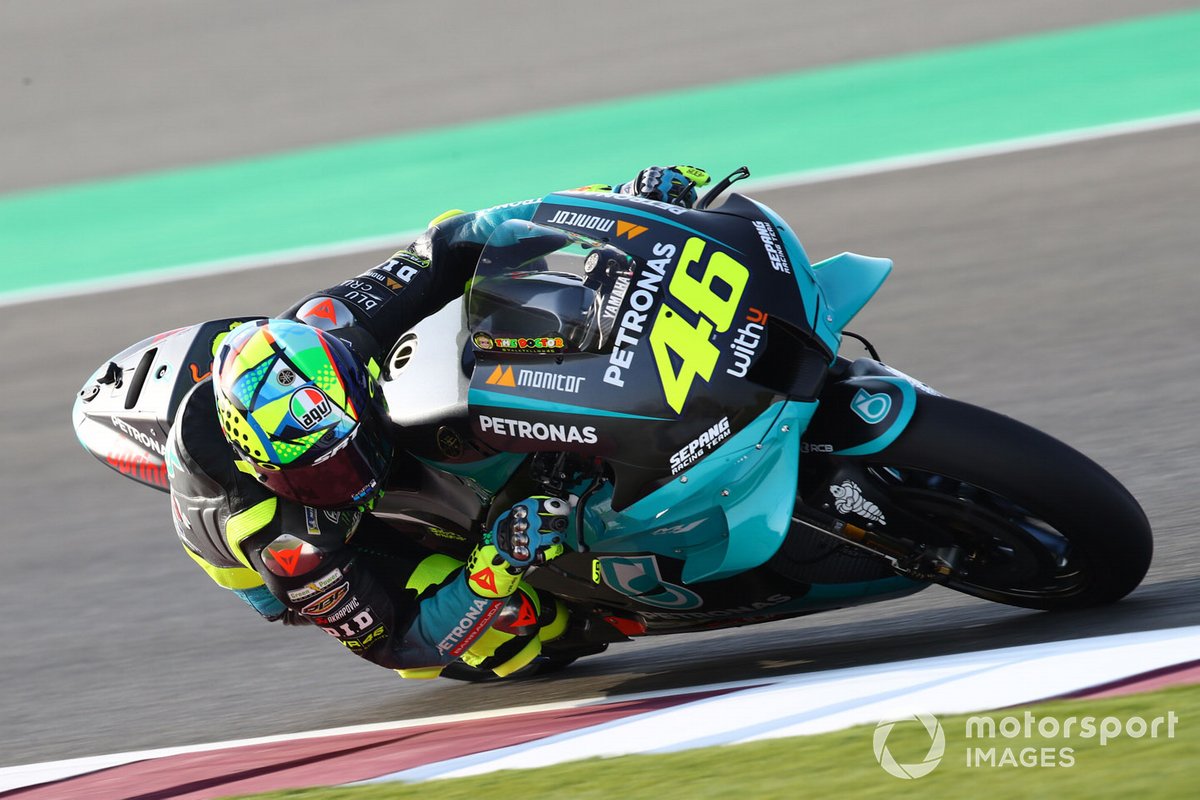 Alex Rins was one of the last riders to take to the track on Saturday and was eighth on his Suzuki, with factory Yamaha rider Maverick Vinales ninth ahead of LCR’s Marquez – who walked away unscathed from a fall earlier in the day.

Takaaki Nakagami shadowed his LCR team-mate in 11th as he got to grips with the 2021 RC213V, with Brad Binder (KTM) and the factory team Ducati of Francesco Bagnaia following.

Valentino Rossi was 14th at the end of his first day a Petronas SRT rider, edging his factory Yamaha replacement Fabio Quartararo by 0.123s.

Pol Espargaro was 17th on his Honda debut having completed the second-highest number of laps with 68, with Jorge Martin in 18th the fastest of the rookie crop on his Pramac Ducati.