The three-time MotoGP race winner made his on-track debut on Saturday at Losail as a factory Yamaha team rider and ended the day down in 15th, having completed the most laps of anyone with 69.

The COVID-19 pandemic has meant testing has started later than normal this year, with February’s Sepang test cancelled.

Quartararo was one of a group of current riders who took to the Barcelona circuit last month to test a street bike as part of preparations for returning to MotoGP action.

But, ending Saturday’s Qatar test 1.1 seconds off the pace, Quartararo admits jumping from a Yamaha R1 to an M1 took him a while to get his head around.

“I struggled a lot to get used to the M1 again. Honestly, I think [it took me] more than half a day because to switch from the R1 to the M1 I was totally lost. 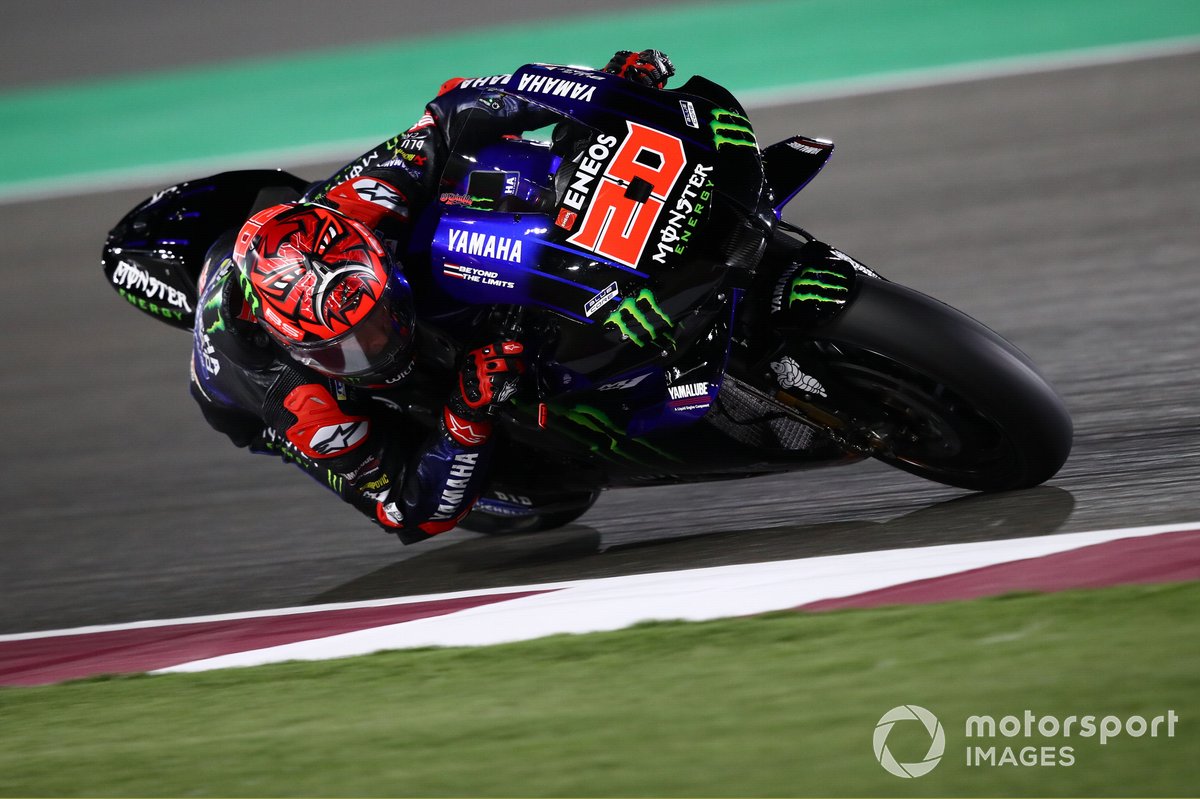 “At the end I’m happy, because the feeling was great at the end, we make quite a good test. [It] feels good to be on the factory team, I like the atmosphere and I think step by step we will also improve.”

Despite a freeze on engine development for 2021, Yamaha revealed during its launch event last year that its engineers in Japan had developed a raft of updates for testing.

Quartararo tried the new chassis on Saturday, but says his rustiness meant it was impossible to know if it was an improvement over the 2020 version.

“We tested the new chassis of the bike, but like I said I was half a day to get back to riding properly with the bike,” he said when Autosport asked if he tried any new parts on Saturday.

“So, I can’t really say if it was better or not.

“We will have one more day to really test properly [on Sunday] and I can feel the details a little bit more.

“But the lap time was slower, I was not riding at my 100%. So [Sunday] we will have a better chance to discover the bike.”

When asked to comment on his new factory surroundings, he also felt it was too early to offer any detailed comment other than the fact he had more people around him than he did at Petronas SRT over the last two seasons.