British rider Sam Lowes will step up to MotoGP with Aprilia in 2017, with the Gresini-run team retaining Stefan Bradl and Alvaro Bautista for next season

Moto2 frontrunner Lowes had initially been tipped to move straight into Aprilia's revived factory MotoGP effort next year, but he will now move across to Gresini's Moto2 team for one season instead before graduating.

The 25-year-old will also have an extensive MotoGP test role with Aprilia in the interim.

"I believe that I have the potential to win the [Moto2] championship and the team's strong racing pedigree will hopefully provide the support I need to claim the title," said Lowes, who will swap this year's Speed Up chassis for the dominant Kalex by joining Gresini.

"2016 will be my last year in Moto2 before stepping up to MotoGP and I am determined to try to leave the series as world champion.

"I feel that I have matured as a rider over the 2015 race season and hope to be able to use the learning I've done to approach this fresh challenge and emerge victorious."

He will now stay on for a full season alongside Bautista. 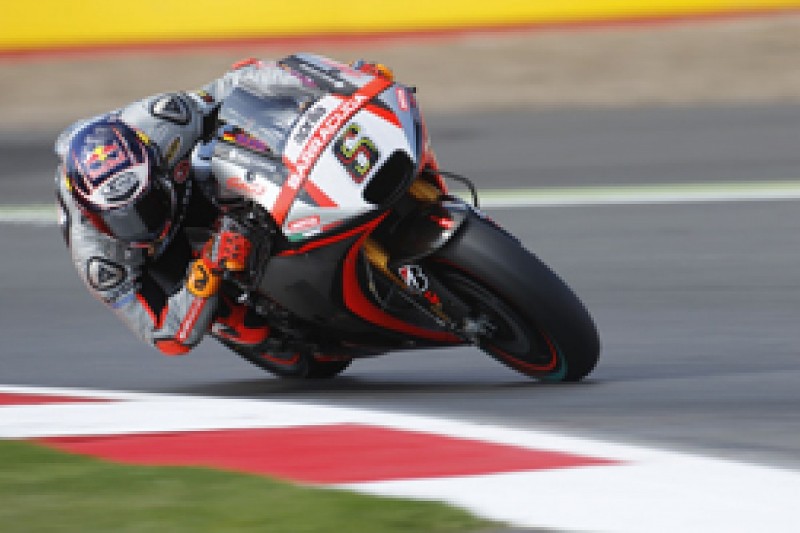 "I am really thankful for the great opportunity that Aprilia Racing Team Gresini gave me in the second half of the season," said Bradl.

"I would like to thank Romano Albesiano and Fausto Gresini for believing in me.

"At my first grand prix with Aprilia in Indianapolis I immediately felt really welcome by the whole team, I cannot really describe how professional everybody works in the team.

"I can say without a doubt that Aprilia is the best team I have raced with since starting my world championship career.

"I know Aprilia has high expectations and I am confident that we have what it takes to be a consistent top 10 contender for 2016. This must be our goal."

Team-mate Bautista goes into a fifth straight season in the Gresini line-up, having joined the team when it was a Honda satellite operation.