Marquez took a strategic victory in a dry-wet-dry race at Misano but remains third in the standings and 63 points behind championship leader Valentino Rossi.

The Spaniard had conceded the title when he crashed out of the previous race at Silverstone and is adamant nothing that happened at Misano changes that situation.

"It's too far, the gap is too big," he said. "Sixty-three points are too much for five remaining races.

"My target for me is just to try to win these five races and honestly I will push my 100 per cent and try to prepare for next season.

"If I can win these next five races then it will be enough [to satisfy me] at the end of the season."

Marquez emerged as race leader at Misano for Honda when he changed onto slick tyres at the right time as the mid-race shower moved on, but was convinced that the Yamaha riders were faster.

"[Jorge] Lorenzo made the mistake but again he was the fastest guy on the track for me, especially in dry conditions," said Lorenzo. "In the wet, Valentino was faster."

IS MARQUEZ OUT OF IT?
Data and analysis by Michele Merlino/FORIX

Marquez could still - mathematically - walk away with a third MotoGP title this season, despite being 63 points behind frontrunner Valentino Rossi in the standings, as 125 points remain available.

But the odds are against him, as no rider in MotoGP/500cc history has been able to come back from a similar points deficit in normal circumstances.

The only exception is 1992, when Mick Doohan, with a 53-point advantage, had to miss three races with an injury, and the crown went to Wayne Rainey, albeit only by four points.

Otherwise, the championship leader with five races to go has always claimed the title, even with smaller points margins than this year.

Rossi has never led by as little as his current 23-point margin over Lorenzo at this stage in any of his title-winning seasons.

On that occasion it actually grew to 45 points by the time the season ended at Valencia, with Rossi having clinched the title in the penultimate race at Sepang. 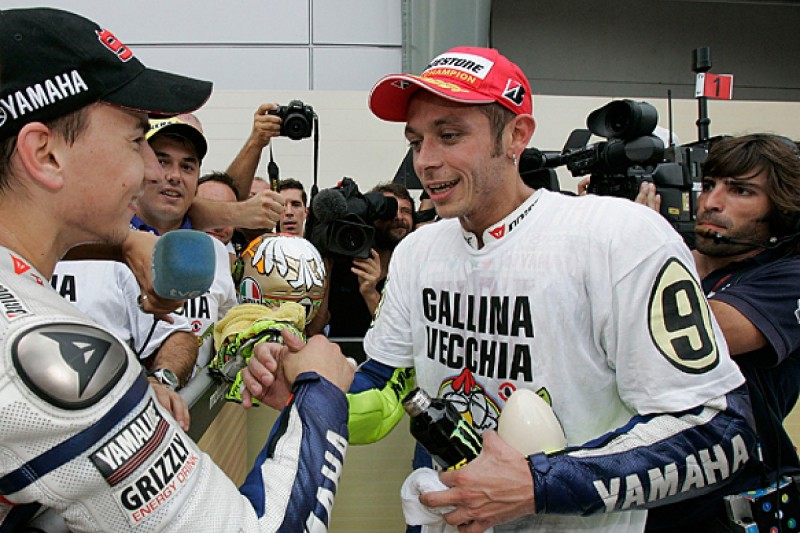 Toni Elias back to MotoGP with Forward, replaces Claudio Corti