The nine-time grand prix world champion was moved out of the factory Yamaha squad for 2021 at the start of the year to make way for Fabio Quartararo to join Maverick Vinales.

Rossi originally wanted the first six or seven races of the 2020 season to determine whether he was competitive enough to continue, but the coronavirus pandemic scuppered this plan.

He confirmed at the start of the season at Jerez in July that he was "99%" to sign for SRT, but discussions carried on for months afterwards as both parties looked to finalise certain elements - the key sticking point being what crew moves with Rossi to SRT.

On Thursday Rossi announced the deal would likely be signed this weekend in Barcelona, and confirmed crew chief David Munoz, data engineer Matteo Flamigni and rider coach Idalio Gavira would be the only members from his current team joining him.

On Saturday, SRT and Yamaha confirmed Rossi had signed a one-year contract to ensure his grand prix career extends to a 26th season. 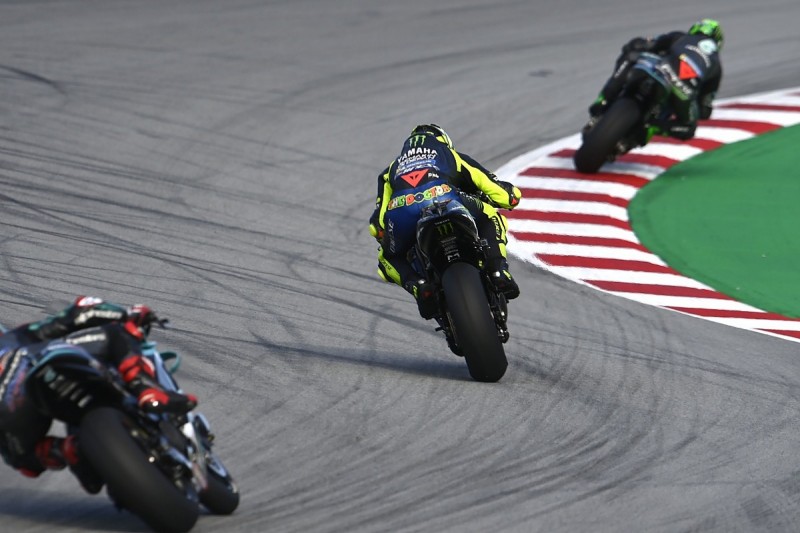 "I am very happy to continue riding in 2021 and to do it with the Petronas Yamaha Sepang Racing Team," Rossi said.

"I thought a lot before taking this decision, because the challenge is getting hotter and hotter. To be at the top in MotoGP you have to work a lot and hard, to train every day and lead an 'athlete's life', but I still like it and I still want to ride.

"In the first half of the year I made my choice and I talked with Yamaha, who agreed with me. They told me even if there was no place for me in the factory team, the factory bike and the factory support were guaranteed.

"I am very happy to move to Petronas Yamaha SRT. They are young, but they've shown to be a top team. They are very serious and very well organised.

"For this year I also changed my crew chief. I'm very happy with David, and I think we haven't reached our best yet.

"This was one of the reasons why I chose to continue, because the atmosphere in the team is something I like a lot.

"It'll be nice to have Franco as my team-mate, as he's an academy rider, it's going to be cool. I think we can work together to make good things happen."

"We are delighted that Valentino will be staying in MotoGP for another year, and we are sure the fans of the sport feel the same way," Yamaha boss Lin Jarvis added.

"A substantial part of the MotoGP fanbase will have grown up with Valentino and followed him throughout his career. 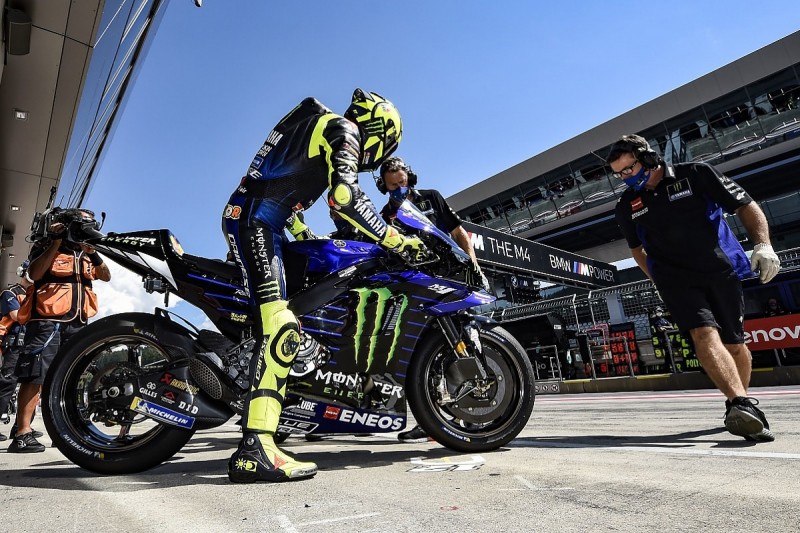 "This current and final season with the factory Yamaha team is his 25th in the motorcycle Grand Prix racing world championship and his 15th year with Yamaha.

"Early on we assured Valentino that, should he stay in MotoGP for 2021, Yamaha would continue to give him full support and a factory YZR-M1.

"In the end, this is exactly what he decided to do.

"I previously stated that this COVID-19 influenced MotoGP season would not be the appropriate year for such a legendary rider to close his career.

"Valentino has always been so popular with the fans all around the world, so it's great that he has decided to continue for at least another season.

"Hopefully the fans will be allowed back into the tracks next year to savour watching the GOAT in action again.

"I would like to thank the management of the Petronas Yamaha Sepang Racing Team for their enthusiasm and full collaboration to welcome Valentino into their team.

"They are still quite a 'young' team, but they are very professional and serious contenders for race wins and feature in the top of the championship standings, so we are sure that Valentino will feel comfortable and be able to perform at his best level."

Rossi had been expected to sign a 1+1 deal, though any additional contracts after 2021 will only be tabled if all parties are happy to continue together.

Next year will also be Rossi's 16th as a Yamaha rider, having joined the Japanese marque from Honda as a three-time MotoGP world champion, and returned in 2013 after a difficult two-year stint at Ducati between 2011 and 2012.

Rossi has scored 65 of his 89 premier class victories with Yamaha and four of his seven top tier titles. A podium this weekend in the Catalan GP would mark his 200th in the premier class.

He will partner his protégé Franco Morbidelli at SRT next year, who penned a new two-year deal several months ago.