Valentino Rossi has no career regrets ahead of his retirement from MotoGP at the end of 2021, but feels he “deserved” to win an elusive tenth grand prix world title.

On Thursday at the Styrian Grand Prix, Rossi announced he would be retiring at the end of the current campaign – his 26th in grand prix racing.

The Italian legend will retire with a truly stunning career record, which includes nine world titles – seven of which coming in MotoGP – and a total of 115 victories.

Rossi came close to a record eighth premier class title and tenth overall in 2006 and in 2015, but narrowly missed out on both occasions, while his 139-point deficit in the 2021 standings means his hopes of winning the championship again have all but gone.

When asked if he had any regrets from his career, Rossi said he didn’t, but feels he was deserving of winning a tenth world title.

“Regrets about choice, sincerely I don’t have [any],” Rossi said.

“For example, racing with Ducati [in 2011 and 2012] was very difficult for me because we didn’t win, but anyway it was a great challenge.

“Italian rider on an Italian bike, if we were able to win, [it] can be historic, you know?

“I am a little bit sad to not win the tenth championship, but especially because I think I deserved it for my level and for my speed, and I lose two times in the last race, so I think that I deserved the 10, but anyway, it’s like this. 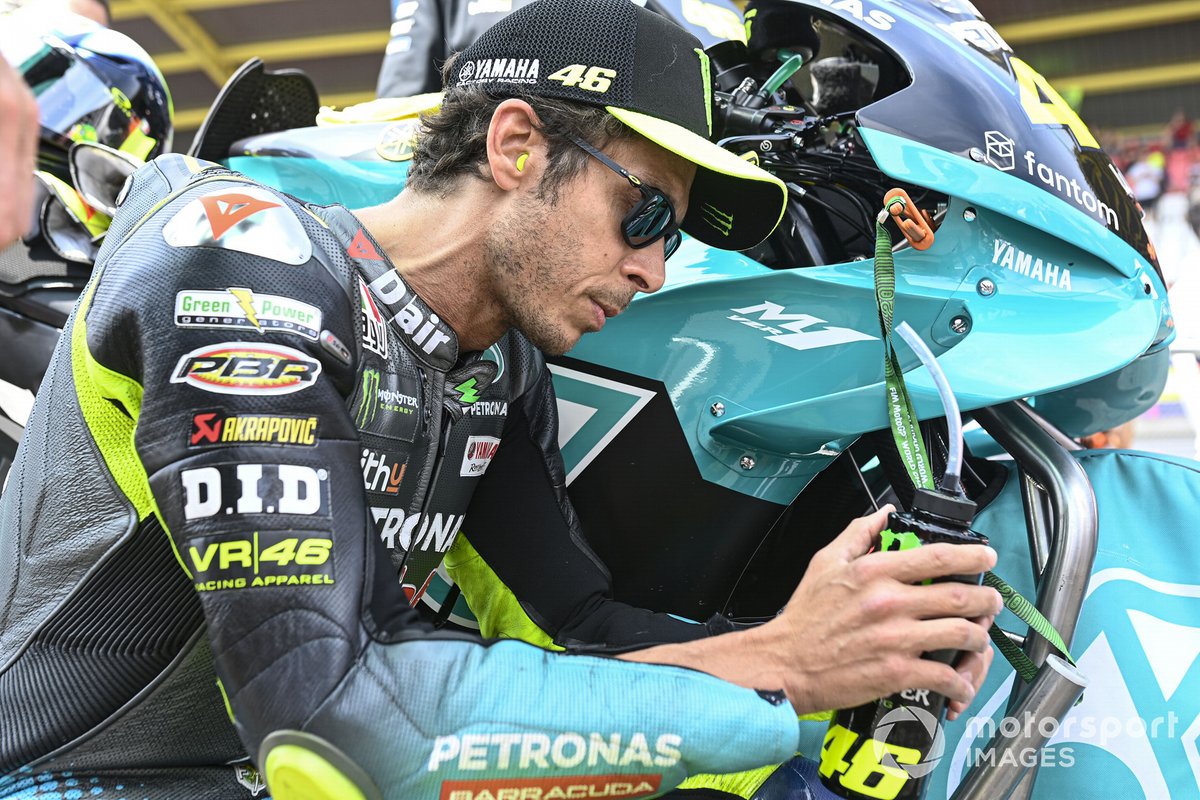 “But I think that I can’t complain about the result of my career.”

Rossi was also asked what he thinks he’ll miss from his life as a MotoGP racer, with the Italian admitting he’ll be sad to lose “the athlete life” and the team working environment.

“I think that I will miss a lot the athlete life, so to wake up every morning and train for a target and to try to win,” he added.

“I like a lot this life. Number one I will miss riding a MotoGP bike because when you are on the track with a MotoGP bike it is a great emotion.

“Secondly, to work with the team, my team, starting from Thursday and try to fix all the details to be stronger and stronger.

“And work with the top level engineers, chief mechanics and data analysts and everything.

“And also, after that, I will also miss the feeling of Sunday morning, two hours before the start of the race where it is something that you don’t feel comfortable because you are scared but it is an emotion because you know at 2pm the race starts.

“I think these things will be harder to fix.”