Aprilia rookie Lorenzo Savadori topped a wet second practice for the MotoGP Styrian Grand Prix ahead of Johann Zarco on the Pramac Ducati.

Light rain ahead of the second session ensured Takaaki Nakagami’s 1m23.805s from FP1 as the best time of Friday, as FP2 was mostly run on a wet track.

MotoGP’s wet weather specialist Danilo Petrucci was the first out on track to test the conditions on his Tech3 KTM, followed by team-mate Iker Lecuona.

Lecuona set the initial benchmark with a 1m37.716s, but immediately crashed at Turn 1 – though suffered no damage and carried on.

At mid-distance, Marquez edged further clear of the field with a 1m32.841s which went unchallenged until the closing eight minutes of the session when the track began to dry out.

Pramac’s Zarco was the first to better Marquez’s time with a 1m32.807s, before factory Ducati counterpart Francesco Bagnaia went quicker with a 1m32.310s.

Aprilia’s Savadori then took over top spot with a 1m31.304s, while Jack Miller on the other factory team Ducati was the first to venture out on slick tyres.

Miller’s adventure ultimately came to nothing substantial, the Australian 14th at the chequered flag. 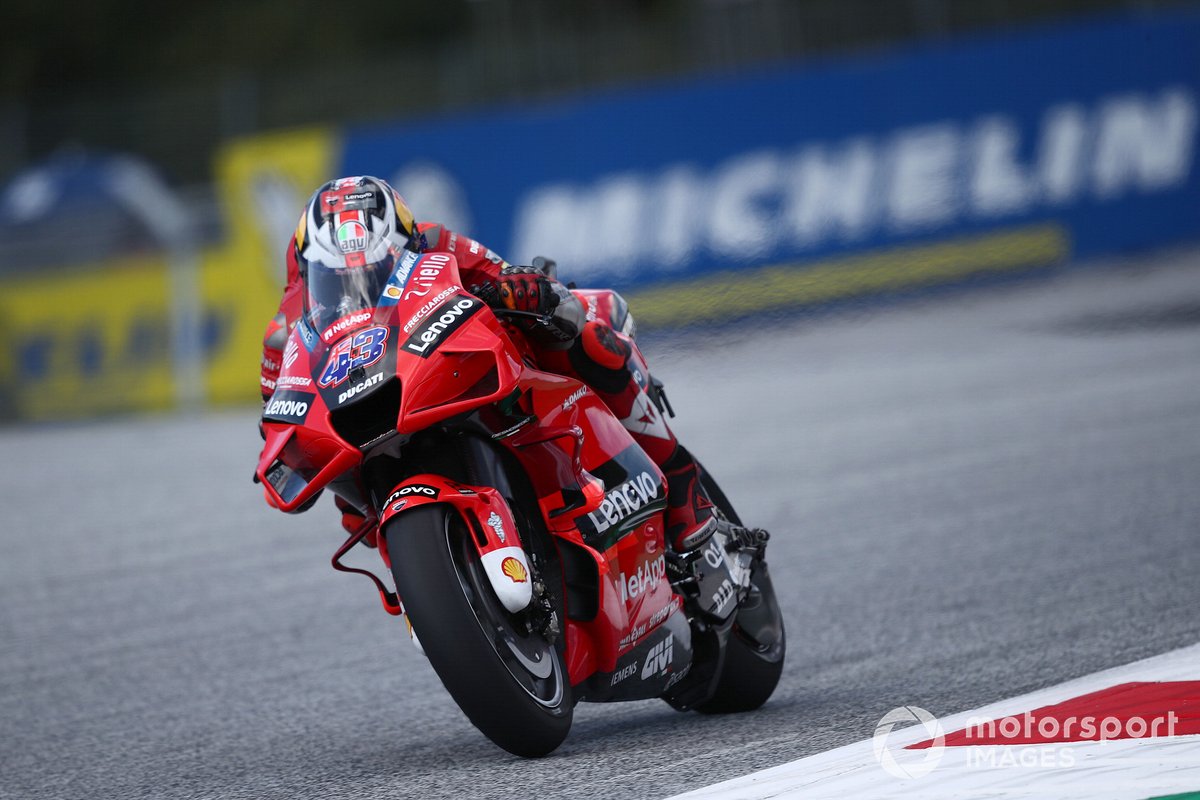 Bagnaia was a further 0.616s behind Mir ahead of the sister Aprilia of Aleix Espargaro, while Alex Rins was sixth on the Suzuki.

Alex Marquez leaped up to seventh with his final effort on the LCR Honda, heading Lecuona, Maverick Vinales on the only Yamaha in the top 10 in FP2 and Marc Marquez on the factory Honda.

Championship leader Fabio Quartararo was 2.1s off the pace in 15th in a typically difficult session for Yamaha riders in drying conditions, with Petronas SRT stand-in Cal Crutchlow 20th and the retiring Valentino Rossi on the sister SRT M1 22nd.

Petrucci was shuffled back to 18th after his early run at the sharp-end, while factory KTM rider Miguel Oliveira only completed an out-lap in FP2 due to pain in his wrist from his FP1 crash.