Jack Miller says MotoGP’s return to Silverstone in 2021 for the British Grand Prix has highlighted the “big step” Ducati has made with its bike in terms of development.

MotoGP’s last visit to Silverstone was in 2019, with the 2020 British GP scrubbed due to the COVID-19 pandemic.

The top Ducati in the last British GP was Danilo Petrucci in seventh, some 19.6 seconds off race-winner Alex Rins on the Suzuki.

Miller ended Friday’s running at Silverstone second overall, albeit 0.512s off a dominant Fabio Quartararo on the Yamaha.

The Australian says the flowing nature of the Silverstone circuit has shown just how far development of the Ducati has come since 2019.

“First of all it was good to be back out on the Silverstone track,” Miller said.

“It’s a proper old-school race track, so a lot of different style of corners.

“The track’s in good condition. Really cool to sort of compare my feelings I remember from 2019 to 2021 and how much the bike has developed over that time, over that period, and the positives of the bike – how much, especially in the first sector, through the sequences of left/rights, it’s a big step there.

“It was one of the moments where you reflect on how the bike’s going and how much headway we’ve made with this bike.

“But yeah, it was a really good day, I felt comfortable from the get-go.” 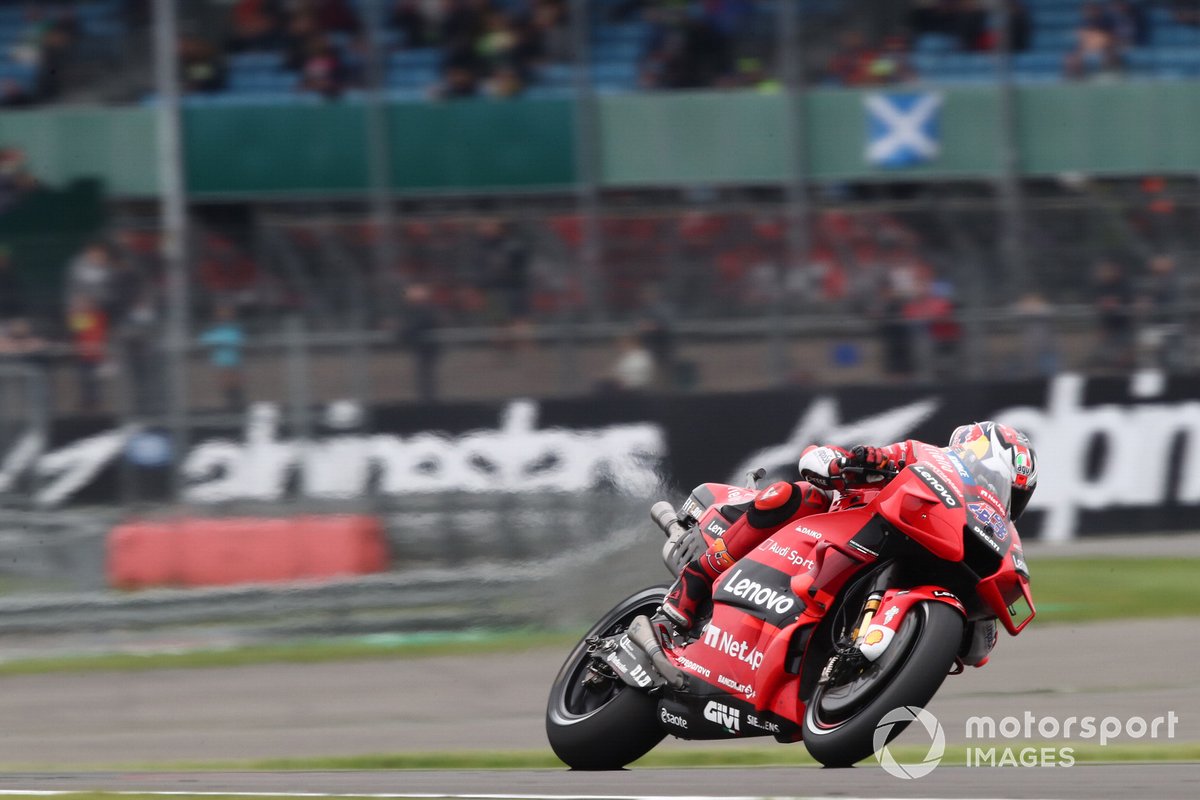 When asked if the bike was now less physical to ride at Silverstone, Miller said this was “the main thing” of the 2021 Ducati – which in turn has allowed him to have much better race pace.

“Your timing is much easier to get right in that first sequence, but also the physicality of the actual change of directions, the bike is doing it much easier,” he added.

“You’re not having to force it so much, put so much input into the handlebars to achieve the same result.

“So, sure, it’s definitely better and it makes me excited to head to places like Texas.

“Also maintaining the tyres because you don’t have to keep the lean angle so much, but also on the race pace.

“It’s a lot easier to be more precise, you’re able to get your timing correct pretty much every lap.”