Fabio Quartararo topped Friday practice for Yamaha at the MotoGP British Grand Prix at Silverstone. Here’s how and when to watch qualifying.

The MotoGP world championship leader’s 1m59.317s gave him top spot by 0.512 seconds from Ducati’s Jack Miller in FP2, having bounced back from a nasty crash at the start of the session in which he suffered a twisted ankle.

Pramac Ducati’s Jorge Martin continued to impress with third place in FP2, ahead of a resurgent Repsol Honda duo in Pol Espargaro and Marc Marquez. But Marquez needed to go to hospital to have his eyes cleaned after a high-speed crash at Maggotts in the first practice session.

Francesco Bagnaia claimed sixth place in FP2 on the other factory Ducati bike, in front of Aprilia’s Aleix Espargaro and Austrian GP winner Brad Binder on the KTM.

Alex Rins, the last MotoGP winner at Silverstone back in 2019, grabbed ninth place for Suzuki with Valentino Rossi completing the top 10 and the provisional automatic Q2 spots for Petronas SRT Yamaha ahead of Saturday's FP3 session. 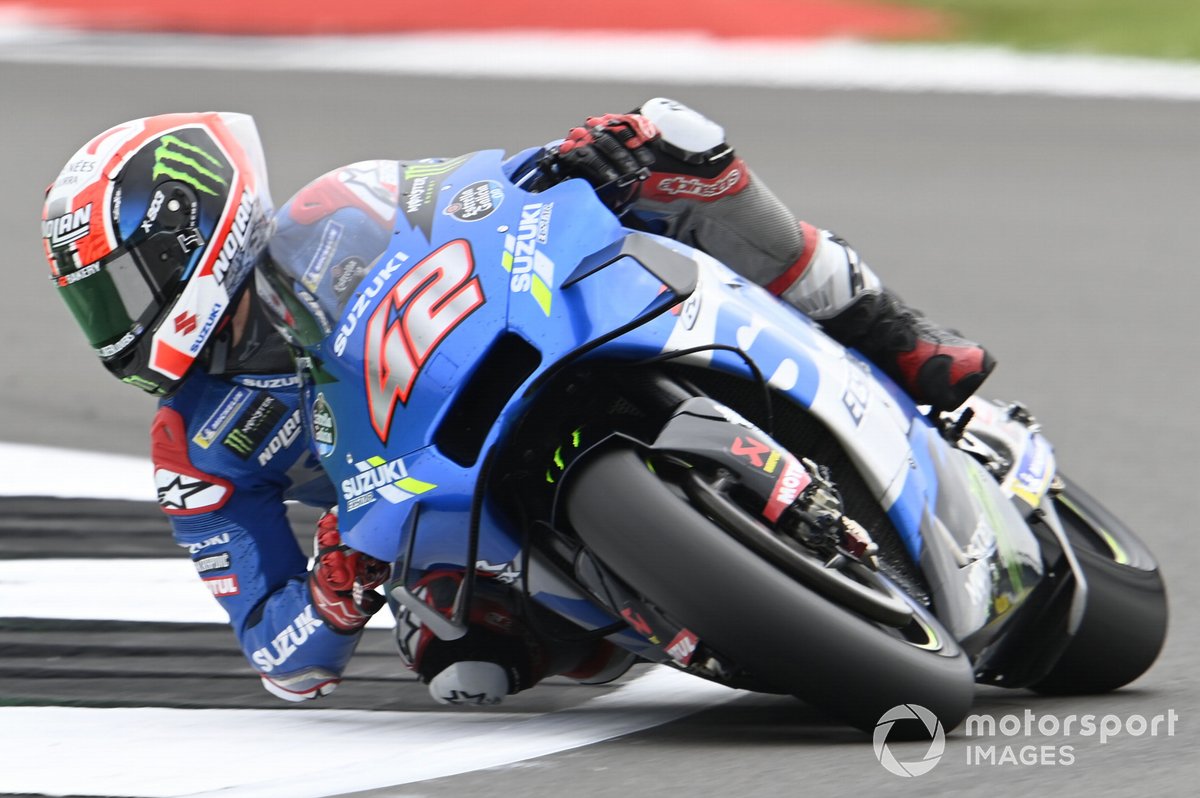 What time does qualifying start for the British MotoGP?

How can I watch British MotoGP qualifying?

In the United Kingdom, every MotoGP practice, qualifying and race is broadcast live on BT Sport.

British MotoGP qualifying will be broadcast on BT Sport 2, with the programme starting at 12pm BST to also cover qualifying for the Moto3 and Moto2 classes.

MotoGP also offers its own live online video streaming service, which is available to stream in the UK.

Dry but cloudy weather conditions are forecast for qualifying at Silverstone on Saturday afternoon with a high of 19 degrees Celsius – eight degrees warmer than qualifying for the Austrian MotoGP last time out.