Marquez's Honda engine let go at the end of the Hangar Straight on lap 14 out of 20, while he was running third behind Valentino Rossi and Dovizioso.

The Ducati rider's victory - his fourth of the season - meant Dovizioso went from trailing Marquez in the standings by 16 points to leading by nine with six races to go.

"The small advantage we had before the race - you don't like to lose that advantage in this way.

"But it's part of racing, it can happen. The most important thing is we were fighting for the victory."

Marquez said the "fresh" engine gave no warning of the failure before it let go, and he had to pull the clutch in as he could feel the rear wheel seizing up when it happened.

"The engine was working perfect, but suddenly when I arrive at the end of the straight it just broke," he said.

"I pulled the clutch immediately because I started to feel the rear wheel was locking, and at 300km/h [186mph] I don't want a flight!

"It was some mechanical problem inside the engine - now we need to find what happened for the future because it was a fresh engine.

"But I believe Honda will understand quick and we will improve for the future." 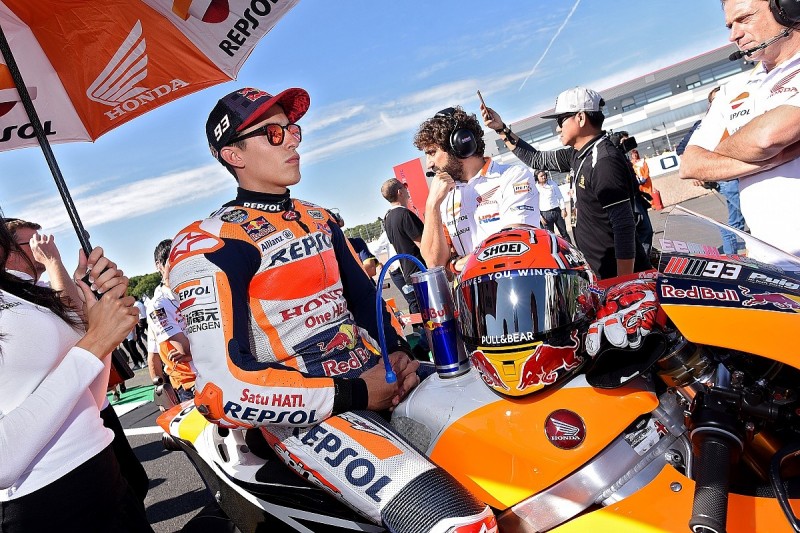 While Marquez had yet to threaten for the lead of the race after losing out at the start from pole position, he said he was biding his time for an attack at the end.

"I was trying to control the race in a way to save the front tyre, because that is our biggest problem when the temperature is too high," he said.

"Even like this I was able to sit behind [Maverick] Vinales comfortably - and I saw that Valentino was there [in the lead] but he was not going away.

"I felt really good on the bike, I was trying to manage the race all the time, to wait until the last laps to try to attack.

"We were fighting for the victory, fighting against Yamaha and Ducati, so I stay positive."

MotoGP to agree three-year deal with Buriram circuit in Thailand