The Yamaha rider said after qualifying second that he thought third would be the best he could fight for, but after taking the lead from Marc Marquez at the start and holding the lead for much of the race he then thought winning was possible.

Rossi eventually finished third after being passed for the lead by Ducati's Andrea Dovizioso at Stowe Corner with two-and-a-half laps to go, with team-mate Maverick Vinales taking second at Brooklands later in the lap.

"We were a little bit worried because I know that we suffer a bit in the last laps, but sincerely speaking, with five laps to go I think that I can do [it]," said Rossi.

"But unfortunately, I slowed down a bit in the last laps. I suffered a bit too much and Dovi and Maverick overtook me.

"It was a bit frustrating because I wasn't strong enough to try to fight for a re-overtake.

"But I am happy because the podium was my target."

Rossi stressed he did push to the end of the race as he finished six tenths behind Vinales.

"I did everything I could do and two or three times I arrived at a corner and did not know if I could stop," said Rossi.

Dovizioso: I wasn't the fastest 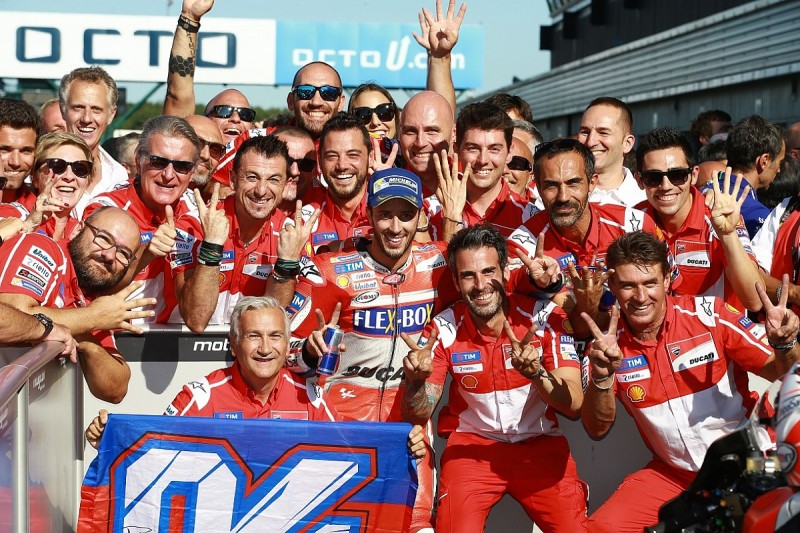 Dovizioso said his Silverstone victory owed more to racecraft than outright speed, as he was certain the combination of him and the Ducati was not the fastest at Silverstone.

Having run sixth initially, Dovizioso climbed to second on lap 12 before passing Rossi in the closing stages.

"I'm a little bit surprised because I had a good feeling after the warm-up, but not to win the race," said Dovizioso.

"I expected Honda to be really competitive, but it didn't happen and during the race we had to ride in a completely different way than practice.

"I was very comfortable in the race, I was able to save the tyres like I saw Maverick and Marc do and I was with them.

"In some corners I lose a lot but I was able to improve a little bit in some because I saw how they make those corners and with the grip I was able to overtake the riders quite easily and put my position in the right place at the right moment.