Ducati has announced it has re-signed 2021 MotoGP World Championship runner-up Francesco Bagnaia through to the end of 2024.

Bagnaia has been with Ducati for the entirety of his MotoGP career thus far, having been signed by the Italian marque to join Pramac in 2019 at the start of 2018 before the Valentino Rossi protege had even won that year’s Moto2 crown.

Though his first two seasons with Pramac and Ducati in MotoGP were difficult, yielding just one podium finish, the Italian still earned a promotion to Ducati’s factory squad for 2021.

And he enjoyed a breakout campaign, scoring his first MotoGP win at Aragon in a thrilling battle with six-time world champion Marc Marquez.

Bagnaia then went on to win three more to end the year as runner-up in the championship to Yamaha’s Fabio Quartararo and mark himself out as a favourite for the 2022 title.

Autosport reported earlier this month that Bagnaia and Ducati were close to finalising a new two-year deal, which was announced on Monday ahead of next weekend’s season-opening Qatar Grand Prix on 6 March.

“Being a Ducati rider in MotoGP has always been my dream, and being able to continue for two more seasons makes me very happy,” Bagnaia said.

“In the factory team I have found a serene environment.

“Now I just have to concentrate on doing well in the championship.” 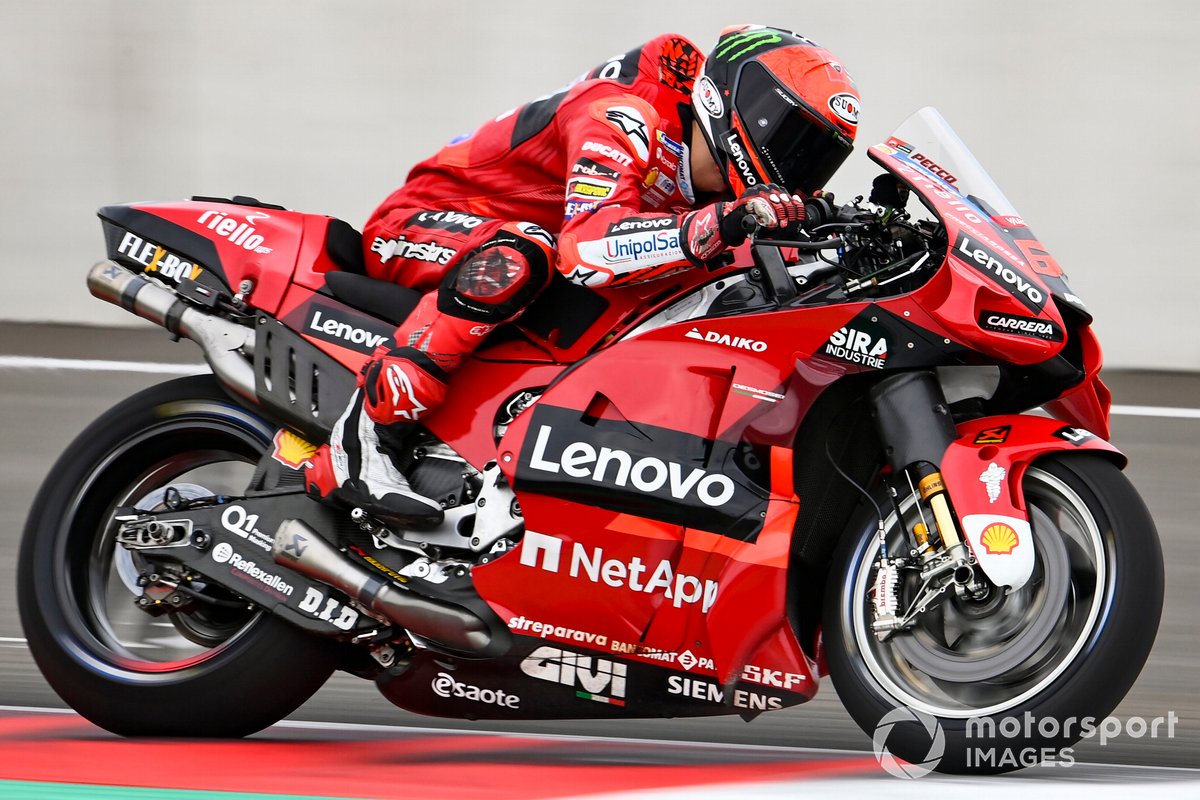 Ducati’s General manager Gigi Dall’Igna added: “We are really happy to have Bagnaia for another two more seasons.

“Since his arrival at Ducati in 2019, Pecco has shown great talent and a great ability to interpret in the best way our prototype, adapting to ride it in any circumstances.

“With these qualities we are convinced that he has all the potential to be able to fight alongside us for the title.”

Autosport understands Bagnaia’s new deal will boost his salary from around 800,000 Euros to around 1.5 million from 2022.

Bagnaia is the first of Ducati’s current stable to have a deal that will take them beyond 2022, with the second factory seat alongside him likely to be a toss up between Jack Miller, Jorge Martin and Enea Bastianini.

When asked by Autosport in a recent interview what he thought Miller – who won two races in 2021 - needed to do to earn a new factory deal, sporting director Paolo Ciabatti said the Australian needed more consistency.

However, he also hinted that potentially moving Miller back to Pramac – whom he raced for between 2018 and 2020 – was an option.

“I think our hope is to see him performing at the top level with consistency throughout the season,” Ciabatti said of Miller, while also noting that Ducati “loves” the Australian.

“Luckily, we can count on three independent teams working in Ducati and obviously Pramac has always the option to have factory bikes same as the factory team.

“So, there is room somewhere to keep Ducati riders on very competitive machinery if for whatever reason, there is no room in the factory team.

“Having said so, as I said, it's too early for us to take such a decision. And we'd like to wait a few races before we make any commitments for a future.”

Aprilia “closer than ever” to “very difficult” first MotoGP win